RUSH: The ratings are in on the Trump interview with Snuffleupagus. It was a bomb. “President Donald Trump’s much-teased interview with ABC was not the ratings bonanza the numbers-obsessed president likely would have wanted. The hourlong special with ABC [and Clinton] chief anchor George Stephanopoulos came in third in its timeslot Sunday night, notching 3.91 million viewers…” That’s less than the number of you listening to this program right now. 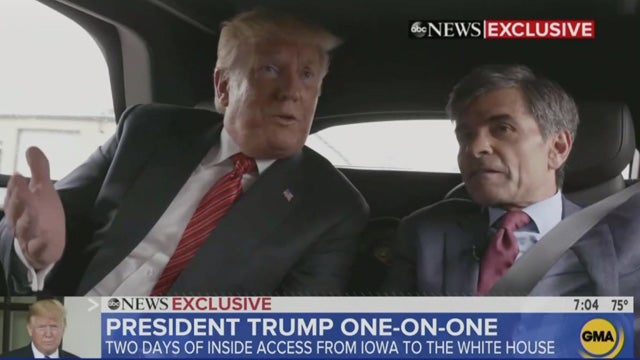 Our average quarter hour’s around the 5.5 to 6 million mark right now. That audience is less than the total numbers of people listening to this program right now. Let’s see. What else? (muttering) “[T]he U.S. Open on Fox, which pulled in 7.29 million viewers over three hours, or CBS’ 60 Minutes, which netted 4.67 million…” So the U.S. Open won the night! The U.S. Open with a no-name as a first-time champion, Gary Woodland — and, of course, being chased by Brooks Koepka, who was trying to be the first man in a hundred-some-odd years to win three U.S. Opens in a row.

That would have been cool. But Woodland’s a great guy. He’s from Topeka. He’s a great, great guy. Koepka. They’re both great. I… (interruption) Well, I was watching it. No matter who I wanted, I couldn’t lose, ’cause either one of those guys winning was great. I was pulling for Louie Oosthuizen, too. I’ve played in a Pro-Am with Oosthuizen, and he’s just a prince. I played with him at Trump’s course, and he shot a 60 (12 under par) from the tips! He’s just one of the nicest guys. They all are. They’re all just… They’re great people. But notice how…

This is… Uhhh. I don’t know what the source for this damn thing is. Caitlin Oprysko. The print version of some of these reader-formatted stories doesn’t print the website, so I don’t know. It’s obviously Drive-By Media. (sniveling) “President Donald Trump’s much-teased interview with ABC was not the ratings bonanza the numbers-obsessed president likely would have wanted.” What about what ABC wanted? The lesson here is that Trump’s people don’t want to watch George! The lesson here is that Trump supporters don’t want to watch the Drive-By Media! 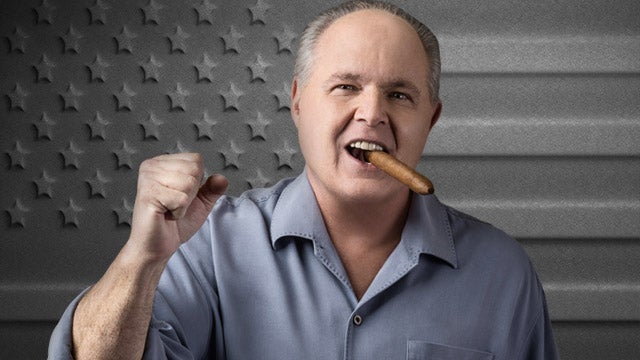 The thing didn’t air ’til Sunday. So people had pretty much seen it, and the stuff that was out there. ABC making Trump look like a buffoon or an idiot? You think Trump’s fans are gonna tune into this? You think ABC will draw the right lesson from this? No way. You want to get in on the Trump bonanza, you don’t try and go out of your way to make the guy look like a buffoon! Ask CNN how that’s working out for them. Ask PMSNBC how that’s working out for them.