They are six, shall we say, older, white women who are screaming at cars passing by during the Impeach Trump rally, and they’re holding up a sign that says “Impeach” so that people will know what they’re doing. Six. Maybe only five. And nobody driving by seems to care.

Some facts for you. There are 797 events currently planned to commemorate the launch of Trump’s reelection tomorrow, 797 events across the country. No, no, no, no. They’re not all in Orlando. That would be overkill. Do you know about any of these? Does that number shock you? You didn’t know that, did you?

RUSH: To Charleston, Illinois. David, great to have you on the EIB Network. You’re first today, sir. Hello.

CALLER: Good morning. Thank you very much for taking my call.

CALLER: My question is, do you think that the negative polling could have a negative effect for the Democrats, making them more complacent, thinking that Trump is so far behind in the polls, there’s no need for them to get out to vote? 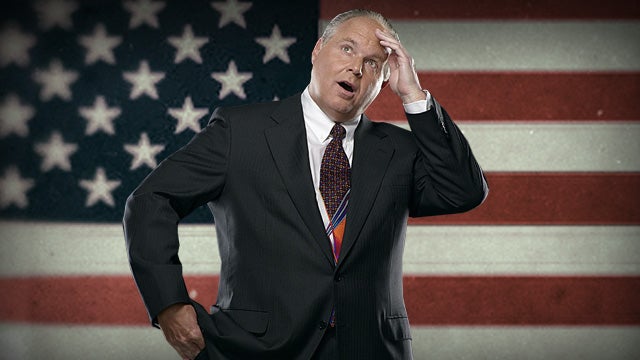 RUSH: Yeah, I do. Short answer, yes. It’s happened, and history can repeat itself. Complacency, I don’t know that I would associate the word “complacency” with them, meaning they think they’ve got it in the bag, they have to stop working hard on it. It’s maybe overconfidence. But more than that, it’s wishful thinking. It isn’t reality. It’s wishful thinking.

The Democrats are in this position where the things they want to happen are not happening. Trump colluding with Russia, Trump being frog-marched out of the White House in chains, off to jail, prison for life, all the things they counted on happening, they were dead certain were gonna happen, none of them happened. And this is another one.

So they’re living here with these great expectations, these false premises. And I think the way it can manifest itself is they misunderstand their own vote turnout. They misunderstand the level of excitement and enthusiasm. I mean, look. The entire Democrat caucus in the House wants Trump impeached, so they had these Impeach Trump Day rallies, and nobody shows up at any of them!

There were 133 of them, no more than 10 or 20 people at any one of these things. There isn’t any enthusiasm for what is apparently one of the top two things Democrats in the House want. And I think they’re gonna continue to misread their own base, and of course the American people at large, as they continue to believe these polls, because it’s just what they want to believe rather than what is.

RUSH: Pelosi is throwing ice cold water on the impeachment caucus in her party. The pressure is not on for impeachment. She’s not blind. She could see these Tom Steyer rallies that did not materialize over the weekend, these Impeach Trump Day rallies.