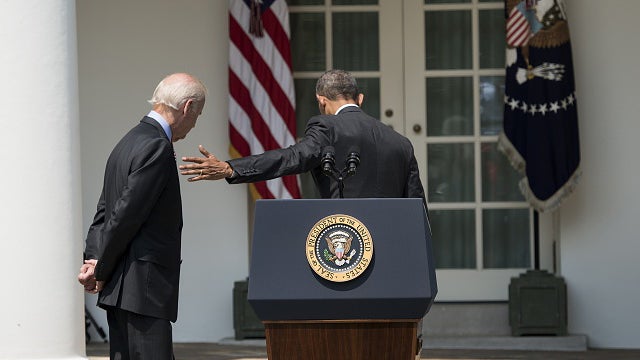 Trump has done 11 policy statement addresses — press conferences and so forth — in the Rose Garden. Biden is doing the same thing (laughing), except he doesn’t have access to the Rose Garden because he’s not president. Biden’s strategy it to act like he’s still vice president and he’s above all of the schlubs on the Democrat side. He never talks about them, never references them. But the problem with that is that Plugs isn’t any of the things that he is attempting to make himself appear to be.

He’s not vice president. He’s not in the White House. He hasn’t been anywhere near the White House in three years. He may not remember how to get there on his own. He’s just a 77-year-old guy that’s not drawing too many people to his rallies, or events, or what have you. I think one of the reasons for Biden doing the Rose Garden strategy is that it’s the safest. But he’s gonna have to show up at these debates, as they all are.

There’s also a story today (chuckling) in the Washington Post, I think. It doesn’t matter. I’ll get to it in a moment, the specifics. But it’s a gigantic piece. It’s an 8,000-word story on Elizabeth Warren, Fauxcahontas, and there is barely a mention of the fake Indian controversy! The very core of the woman’s political identity is entirely ignored by the Washington Post. It’s not a surprise. It’s redundant to point out the media being all-in for Democrats. But still, nevertheless, interesting.

RUSH: Okay. Here is the vice president of the United States — former — Joe Bite Me yesterday in Washington at the Poor People’s Campaign Presidential Forum. (The Poor People’s Campaign Presidential Forum.) Vice President Biden spoke, and during the Q&A afterward, a hostette from PMSNBC, Joy Reid, said, “How would you get passed, either in a majority Republican Senate in which Mitch McConnell would kill all of these ideas — or with McConnell in the minority who repeated the consistent filibustering that happened when you were vice president and anything that came from Obama-Biden administration, Mitch McConnell considered dead on arrival…?” This is a crazy question.

(summarized) How would you deal with a Senate run by the Republicans? How would you get your stuff passed if Mitch McConnell’s gonna block you every time you want something done? 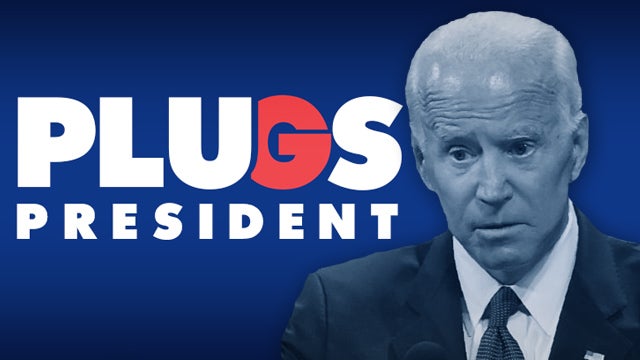 BIDEN: When we did the Recovery Act in $89 billion — and it was done without any waste or fraud, 2% waste, fraud, or abuse — what happened there? We didn’t have the votes initially. So I went out and got… I changed three Republican votes, which you try to persuade. Doesn’t mean you can do it all the time, but it kept us from going into a depression. So, folks, look, if you start off with the notion there’s nothing you can do, well, then why don’t y’all go home then, man? Or let’s start a real physical revolution if you’re talking about it! Because we have to be able to change what we’re doing within our system.

RUSH: All right. So there’s the answer, and this is pure gobbledygook. (impression) “Well, that’s what we did, the Recovery Act, $89 billion! No waste or fraud. Well, 2%. Statically none. What happened? We didn’t have the votes. We went out there, physical violence, physical revolution, whatever! I got the Republicans to change votes.” There’s really not an explanation here. He said, “Joy, I know you’re one of the ones who think it’s naive to think that we have to work together.

“The fact of the matter is if we can’t get a consensus, nothing happens except the abuse of power by the executive. There are certain things where it just takes a brass-knuckle fight. Let’s start a real physical revolution if you’re talking about it.” Well, that “physical revolution” sounds to me like an advocacy of violence, and it’s no different than Obama. Obama did the same thing in his own language. These are the ones, leftist Democrats — all peace and all light and all lovey-dovey and nobody gets hurt and so forth.

These people are some of the most partisan, potentially violent people out there. Look at the Robert Creamer, frequent visitor to the Obama Oval Office, hiring people to infiltrate Trump rallies as Trump supporters and start fights in there, making it look like Trump supporters are the ones who are violent. That was a Hillary Clinton, bought-and-paid-for operation.

RUSH: Here’s David in Ohio. Great to have you on the phone, sir. How are you?

CALLER: I’m good. How are you doing, Rush?

CALLER: I’ve been listening for 20 plus-some-odd years and it’s amazing you haven’t been elected president yet.

RUSH: Has anybody ever told you that you sound like John Boehner?

CALLER: Oh, don’t tell me that. I hate that man.

RUSH: Are you John Boehner actually calling me for some inside dope that you can then — 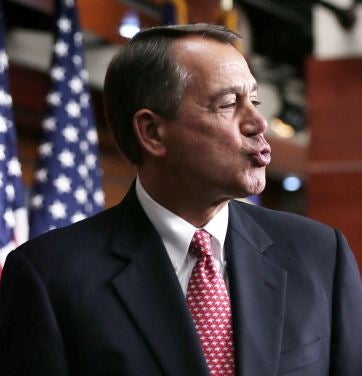 CALLER: If I was John Boehner, the only thing you would hear on this line is me swallowing a 12-gauge slug. That man is an idiot.

CALLER: I hate that man with a passion, he sucks.

RUSH: No, no, we don’t hate anybody here at the EIB.

RUSH: Well, you know he’s from Ohio. He’s from Cincinnati.

CALLER: I know. The only thing Ohio puts out is depression and psychopaths. That’s it. Our two commodities here.

RUSH: We got Mick from the high mountains of New Mexico back here with us. All right. So you’re asking me who I’d be most worried about on the Democrat side?

CALLER: Yeah. Biden doesn’t even stand a chance. Warren, she’s insane. Buttigieg? I doubt he goes anywhere, ’cause he’s gonna collapse eventually. He doesn’t have a backbone to him. I’m thinking it’s gonna wind up being Kamala.

CALLER: Yeah, I think it’s gonna wind up being here and then probably just to seal up her ticket she’ll grab Abrams as her VP.

RUSH: She will grab Stacey Abrams. The all female ticket. Hmm.

CALLER: Yeah. Well, Abrams, she’s more — both of them are baseless (unintelligible). And Democrats are root. Both of them are crazy. And that’s what the Democrats are like push — if you listen — you don’t hear Abrams talk rarely anymore, but Kamala? I don’t know. I think that’s where it sits.

RUSH: Let me say, to be honest with you, I haven’t started thinking in these terms yet because the debates haven’t started. I don’t know of which these people — if you ask me who I think’s gonna be the nomination, which is essentially also what you’re asking, I couldn’t begin to tell you. I thought that Crazy Bernie might finally have his moment, but he’s been done in by the Trump economy and his lack of ability to adapt to it.

Elizabeth Warren coming out of nowhere now. This is a bit too soon. I’m not gonna answer it right now simply ’cause I haven’t applied myself to it intellectually. But that’s coming. But there’s only one of them that gives me any significant pause.