RUSH: Speaking of the Clintons. There’s a play out there called Hillary and Clinton. “A Broadway depiction of former President Bill Clinton and … Hillary Clinton will be ending its run early due to underwhelming ticket sales. 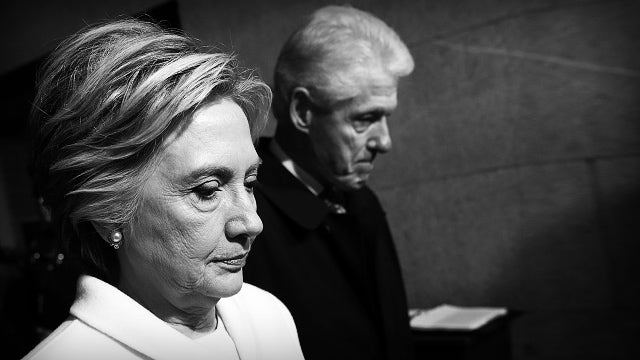 “The production of Hillary and Clinton was scheduled to close July 21, but producer Scott Rudin announced Monday that its final performance will be held Sunday. June 23,” a full month early. “The play cost $4.2 million to produce and accumulated only $4.7 million at the box office… The show, titled Hillary and Clinton, takes place in March 2008 and offers a fictional behind-the-scenes look at the former secretary of state’s first presidential campaign as then-Senator Barack Obama began gaining momentum.”

So I guess it’s a play showing how Hillary got cheated on and screwed in her 2008 quest for the White House. “The play premiered in Chicago in 2016 with an entirely different cast” than the one that’s dying here. What is the cast? Laurie Metcalf as Hillary, John Lithgow as President Clinton. There are some pretty big names in here, but that’s it. No more. The play closes in a month. The Clintons couldn’t draw any crowds to their so-called stage show tour. Now they can’t draw people to a play about Hillary getting screwed, running for the presidency in 2008.