How to Rig Polls Through Oversampling

RUSH: I’m holding here in my formerly nicotine-stained fingers a story on how pollsters manipulate polls. How do you manufacture a lead for your chosen candidate? How do you do this? And it’s very crucial to do it. You publish a poll that shows your guy up with a 10- or 12-point lead. It can be dispiriting to your opponents’ voters. It can be dispiriting to your opponent. And it can chill, it can chill enthusiasm.

“Oh, my God. My guy’s down 12. Aw, jeez. All is lost. Ah.” And that’s how it works. How do you do it? Hey, this is no great secret. It’s just an admission. This story is from 2016 and it was about John Podesta, how New Podesta Email Exposes Playbook For Rigging Polls Through “Oversamples”. It’s October of 2016 at Zero Hedge. 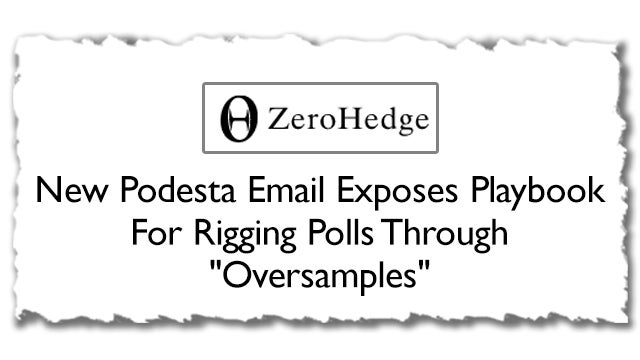 This is from 2016: “Earlier this morning we wrote about the obvious sampling bias in the latest ABC / Washington Post poll that showed a 12-point national advantage for Hillary. Like many of the recent polls from Reuters, ABC and The Washington Post, this latest poll included a 9-point sampling bias toward registered Democrats.”

And if you read the ABC News poll sampling and methodology note, it says, “This ABC News poll was conducted by landline and cellular telephone Oct. 20-22, 2016, in English and Spanish, among a random national sample of 874 likely voters. Results have a margin of sampling error of 3.5 points, including the design effect. Partisan divisions are 36-27-31 percent, Democrats – Republicans – Independents.”

Bingo! You have a phony sample. And we know that these are constant. How many times have you seen a poll, it looks bad for whoever you’re believing in or whatever you’re believing in, and then in a couple of days or maybe later the same day, wait a minute, we just went to the crosstabs here and we just analyzed it and look at the oversampling of Democrats. 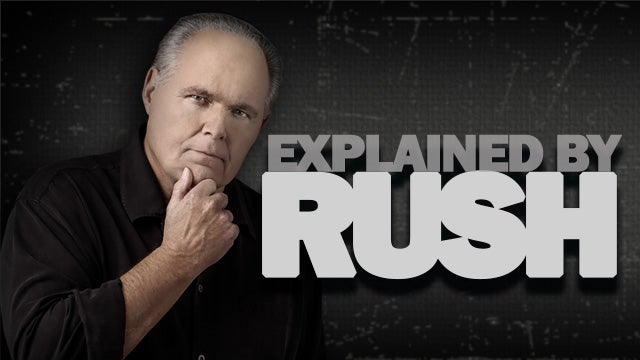 It’s a common trick. And the newsworthiness of this story at Zero Hedge was that there was a John Podesta email detailing how to do it and what the advantages of it were. I’s not detailing how to do it. It’s easy to do. You just talk to more Democrats than Republicans. And you make sure your Republican sample is much less than — Twenty-seven percent of any random voter sample Republican versus 36% randomly gonna be Democrat?

And this is a common — it’s especially used in polls this far out all the way up to three months out. That’s why it’s another reason to just ignore these things, especially if you’re able to dig in and look at the sample. If you find out it’s vastly overweighted for Democrats, you know exactly what’s going on here. It is a poll designed to make news, to dispirit, depress, and make despondent Republicans and their candidates.

RUSH: I’m told that the name Tyler Durden is the character name for Brad Pitt in a movie called Fight Club, which I never saw. Did you see Fight Club? I’ve never seen Fight Club. All I know is that there’s no Tyler Durden at Zero Hedge.