President Trump Is a Bigger Draw Than Disney World

RUSH: Okay. I think, as I pretty much always do, I have this right. The number of people that go to Disney World in Orlando on a daily basis averages out to 53,000 people. Some days it’s more, some days it’s less. That’s the average. There are more people than that lined up to get into the Trump reelection announcement rally tonight. 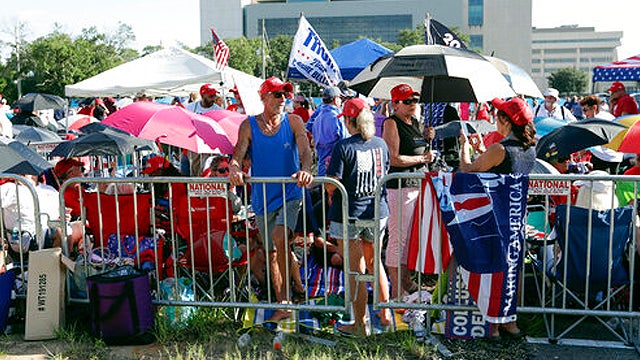 There are more people trying to get into the Trump rally tonight than show up on average at Disney World. They’re lined up outside. It’s the Amway Center where the Trump campaign and President Trump will announce his reelection bid tonight.

In contrast, I want to show you a picture here on the Dittocam. Go ahead and switch it over there. This is a long range photo. You may not be able to tell who that is. But I’m gonna tell you. That is California Democrat presidential hopeful Eric Swalwell. Eighteen people showed up at an anti-Trump rally yesterday outside the NRA headquarters. That is in Fairfax, Virginia.

There is more media there than there are Swalwell supporters, and every one of those people — if you’re watching here on the Dittocam, and we’ll have this photo up at RushLimbaugh.com in mere moments. Every one of those people has a prefab sign. They showed up at Swalwell headquarters to pick up their sign, they probably got on a little yellow bus and they’re bused out here to a location nearby the NRA headquarters. 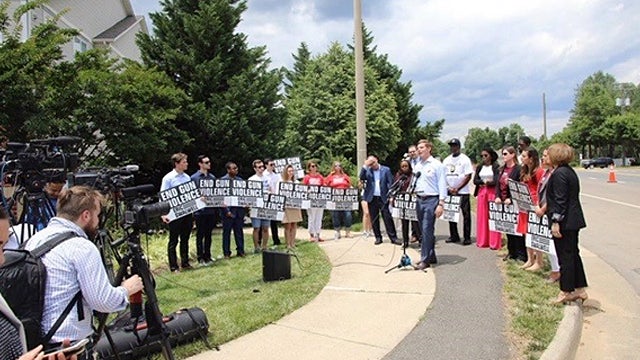 You can’t see it in this photo, but don’t doubt me. That is Eric Swalwell, who has been made a cable TV star by CNN, MSNBC, and even Fox News. He appears on Fox News because he’s apparently a mild-mannered but very classical socialist, communist liberal who serves their purposes well.

You contrast that. And look at the polling data. The polling data: Trump doesn’t have a prayer, Trump doesn’t have a chance, Biden is gonna clean his clock. Crazy Bernie might clean his clock and so forth. Scott Rasmussen with a very, very timely reminder of how rapidly things can change. And, folks, never forget the old adage that I have for you about polling. And, by the way, a story in the Stack today about how polling is used not only to shape public opinion, but to make it artificial.

Oh, it’s a great story confirming every instinct I’ve had about polling data. But the problem with a poll right now on anything that’s 500 days in the future is there’s no way that anybody knows what’s gonna happen between now and then. It is probably safe to say that the issue or issues that will define the election in 2020 have not really happened yet.

Now, you say, “Rush, that’s crazy. We’re gonna have the entire Trump first term and the thing about Trump-Russia collusion, the Mueller report.” Yeah, granted. But like we had a caller yesterday point out that elections are very simple, really. They have one or two issues people decide on, and this election he thought might be socialism versus capitalism.

But the specific events — remember, on the Friday before the election in 2000, the Algore campaign dropped this story that George W. Bush had covered up a DUI. Remember that? And that shook up everything. Everything that had happened prior to that was rendered meaningless. And that’s why that election ended up being close. So a poll today is literally meaningless. And Scott Rasmussen puts an exclamation point behind that with this stat.

Four years ago this month — June 2015 — after Donald Trump came down the escalator and announced his candidacy for president, he was at 1% in the Republican primary polls and 66% of Republican voters said they could never support him, just a couple days after Trump comes down the escalator. But it didn’t take long for those polls to change, and they changed dramatically and drastically.

The key is that this 1% poll in the Republican primary, 66% of Republican voters said they could never support him was before the debates began. And when the debates began is when the real shift began. But Trump was trending upward even before we got to the debates. But the debates happened rather soon, and Democrat debates start this month. And anything can happen there. 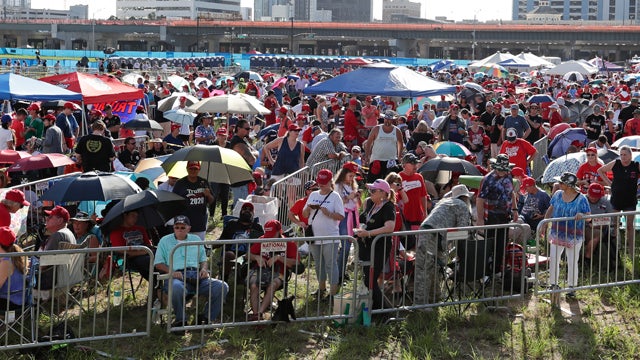