RUSH: Andrea in Tampa.  It’s great to have you on the program.  I’m glad you waited.  Hello.

CALLER:  Hey, Rush. It’s nice to speak with you today. 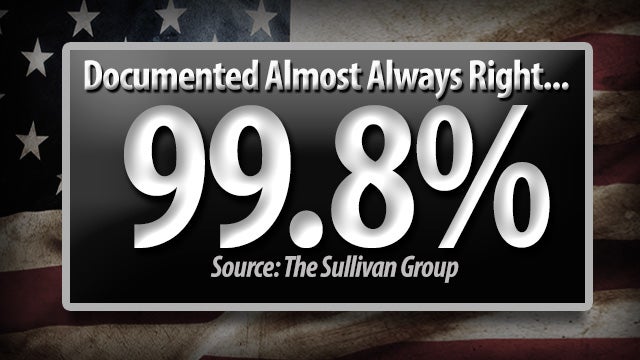 CALLER:  I listened to you for 20 years, and you’ve always said if we could just get a candidate who talked about conservatism — you know, ideology, values, moral values — and just spoke the conservative message, we would show up and we would turn out.  I think last night — and you’re spot on. Last night in Orlando, they showed up and they showed up big.  I’m telling you: We were in Tampa and listening to it, and people are jazzed, and they may not have thought Trump was the ticket at first. But he’s the real deal and the conservative message is coming through.  I just think, you know, you pegged it years ago, and you’ve said it and you’ve said it and you’ve lamented that we’ve had other Republicans who just never were 100%. Finally, we’ve got somebody who’s got our backs.

RUSH:  You know, you are exactly right, and this is why I have to hold on to the “almost always right” 99.8% of the time because I’ve forgotten this.  You’re absolutely right.  I remember what I said.  Conservatism works every time it’s tried.  If we just put somebody up there who’s got the guts to be conservative and not water it down the way the Washington establishment wants it watered down, it’ll work.  It works everywhere it’s implemented.

CALLER:  Yeah, and people are jazzed.

RUSH:  The great thing is about… This is what so irritates the Never Trumpers.  Trump himself is not a lifelong conservative activist like they are.  He’s not been writing research papers, he’s not been studying the intricacies of Edmund Burke, and he couldn’t tell you who Friedrich Hayek is.  But his instincts are as conservative when it comes to implementation and design of policy, as any president we’ve had since Ronaldus Magnus.  He’s showing that we don’t need all these intellectuals to try to influence members of Congress.

We just need somebody who is a real person — and that’s Trump’s beauty.  Make America great, to him, is as sensible as anything else in life.  There’s nothing wrong with make America great.  I’m glad they held onto the slogan because the Democrats are gonna oppose it.  What could be better for Trump than having the Democrats oppose the whole concept of making America great again or keeping it great?  But you have rounded me of something that’s absolutely true.  I had forgotten it in the express, specific terms you mentioned it.  So thank you.  You’re exactly right.

CALLER:  Yeah.  Well, thanks, Rush.  We appreciate what you do.

RUSH:  Thank you very much, Andrea, and I’m glad you’re out there.