RUSH: Winter Haven in Florida. Kyle. How you doing, Kyle? Welcome to the program.

CALLER: Rush, great to be here. Thanks so much for doing all you do, saving us and teaching us and here we are living in clown world America, honk, honk, and thank you for being the guiding light. 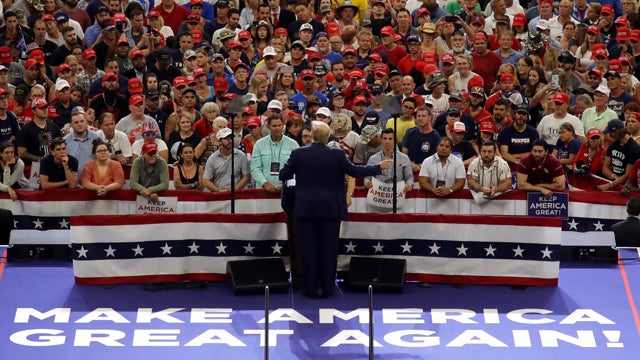 RUSH: Thank you, sir. Thank you. I appreciate that.

CALLER: Yes, sir. So, I was at the rally last night, and I just want to talk on what Major Garrett had mentioned.

CALLER: Okay. Yeah. He was saying that, you know, some of the audience was leaving early. The reason being that I myself, and my wife, a large number left before is the SunRail, which is the train that runs north and south —

CALLER: Right, exactly. A lot of people wanted to take that, most for the first time since I-4 was gonna be so clogged up and they extended the hours so I think 10 o’clock was the last train, 10:15, something like that. So everybody wanted to make sure they got on that to get to where they needed to go in time.

RUSH: See, there’s always an explanation. How much in advance did you have to get there to get in last night?

CALLER: I mean, we waited in line in the torrential rain and the hot sun for over 10 hours.

RUSH: All right. So this guy shows up in the torrential rains, in the hot tropical humidity for 10 hours! You can imagine the smells. Well, I’m just saying it’s not these people’s fault. I mean, come on, folks, have you smelled a bunch of athletes after playing a hot game in September? It’s not pretty. 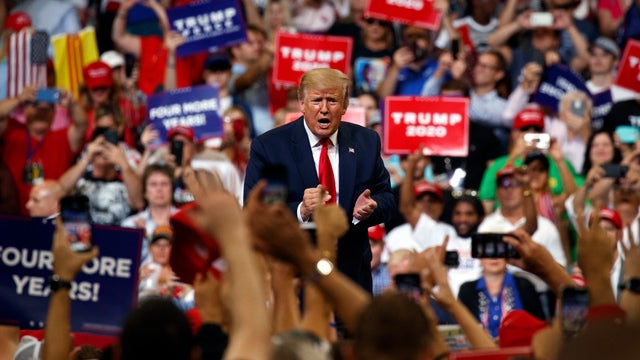 “People left after the event. And some people left before it was over. (gasping) Never seen that at a Trump rally before.” I don’t think that’s probably true, either. I’ll bet you any number of people have had to leave. The Trump rally in Cape Girardeau, the one before the election last November, a woman fainted, and Trump stopped and just stood at the podium, nobody said a word for 30 minutes while EMS came in, treated the woman.

He totally suspended it. Stood there for 30 minutes, everybody chatting with each other, hoping this woman is okay, suspended the thing for 30 minutes until she was gone, then resumed. It was 30 minutes late, therefore, late getting out. Nobody left. I was there. One of the last to get out of there, by the way, because once the president leaves nobody can leave ’til he’s out of town, or at least at the airport.