Biden Doubles Down on Love for Segregationists

RUSH: Joe Biden has doubled down on his love for and appreciation for the segregationist senators James Eastland and Herman Talmadge. Now, this is another exercise in a point that I make. There is a host at MSNBC whose name is Kasie Hunt, and she’s talking about this. She’s reporting this story yesterday. Except when it came time to identify the party of the two segregationist senators that Joe Biden was telling everybody he loved, she called ’em Republicans. 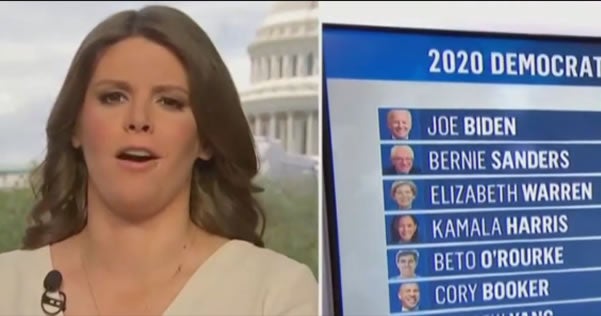 Kasie Hunt called segregationist Democrats “Republicans” yesterday when referencing Joe Biden’s remarks about civility with segregationists in the Senate. She said, “Still to come, Joe Biden references his relationship with two former Republican colleagues at an event in New York City.” Now, I don’t know how old Kasie Hunt is. I never heard of her until I saw this story. I don’t watch MSNBC, and that’s not because I am getting lazy with show prep. It’s more (chuckles) I just don’t need to.

That’s one of those networks you know exactly what’s gonna happen without turning it on. You know exactly what kind of inanity and insanity you’re gonna get without turning it on. So there’s one of two things at work here, maybe three. Either this woman, Kasie Hunt, knows these segregationists are Democrats and is just lying, or she doesn’t know that they’re Democrats. But because they are segregationists, that automatically makes them Republicans. Now, not long ago, this is the kind of mistake that would get you an F in journalism school.

This is the kind of mistake that would really be a difficult one to overcome. In the old days of journalism, this kind of glaring mistake could get you fired. But not in today’s journalism, because the calculation here is, “Well, if some people think they’re Republicans, that’s okay, because the Republicans are racist.” The third option is: She knows they’re Democrats, but because the conservative dis-branding has been so successful over the years — the labeling of conservatives as racist or Republicans as racist, sexist, bigots is so complete — that she just automatically assumes.

She sees the word “segregation” and it has to mean they’re Republican. And that’s equally possibly too. But you’re saying “Rush, she’s a journalist. She’s supposed to be educated. She’s supposed to know the difference!” Not anymore. That doesn’t matter. That isn’t what journalism is anymore. You think it’s journalism that’s being used on Joe Biden on Good Morning America, and now the New York Post Page Six? It is not journalism. They’re not doing journalism, reporting these scandals on Biden. Journalism would have been reporting it the minute you find out about it.

But they didn’t and they couldn’t because it would have been bad for Obama. If they were actually doing journalism, they would have reported on Biden and his kid and the ChiComs and Ukraine years ago when it was discovered, like when Hillary was running for president for a third Obama term in a regime that “did not have a whiff of scandal,” remember? Obama and Biden are both out there saying, “The one thing we’re most proud of is the Obama-Biden administration didn’t have a whiff of scandal.” 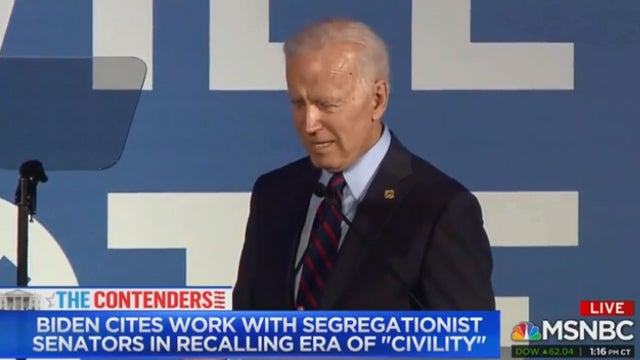 Oh, that’s how the window now! Now we’ve got a gigantic scandal. But the point is, this is not journalism. This is raw activism. This is the media deciding that Biden is not good enough to be the Democrat nominee. This is the media deciding he’s gotta go. It is not journalism, and by the same token, this babe, Kasie Hunt, calling these two Democrat senators Republicans? The odds are she doesn’t even know they’re Democrat. That is my guess, because I think education today is so — and especially in journalism. You know, journalism education has to have a heavy emphasis on history.

You can’t convince me that any of these people practicing journalism today have the first understanding of history, unless it’s Watergate, unless it’s some scandal they were able to get rid of Republicans in. They’ll know that one backwards and forwards. But otherwise, it’s irrelevant. So my vote is that she either doesn’t know that these two segregationist senators were Democrats, or she does know but she’s just so used to and so accustomed to racists being Republicans because that’s what she’s heard growing up that they must be Republicans.

Herman Talmadge was a big-time Democrat in Georgia from 1957 to 1981. James Eastland was from Mississippi from 1943 to 1978. Herman Talmadge was a critic of the civil rights movement. In fact, we’ve got him. We went back. I want you to hear Herman. (Southern accent) “Some of you in this audience may not be old enough or may not’ve been payin’ attention back then to remember old Huh-min Talmadge.”

So we’re gonna flash back here to Joe Biden’s good buddy. This is April 14th, 1954. The name of the show on CBS was Longines Chronoscope. (Longines. They made clocks and watches. They were the sponsor.) On Longines Chronoscope, then-Governor Herman Talmadge said this about his desire to keep Georgia schools segregated…

TALMADGE: White people in the South — and also the Negroes in the South — want it left alone just like it is. I don’t think there’s any doubt but what my state would do so if they had to maintain segregation. We intend to maintain separate schools in Georgia one way or another, come what may. If the Supreme Court of the United States suddenly handed down a decision that you could no longer worship your god in these United States as you saw fit, you can imagine the consternation, chaos, the turmoil, the excitement that that would create. Any decision to outlaw segregation in the common schools in the Southern states would amount to about the same thing in our area.

RUSH: That’s Joe Biden’s good buddy, Herman Talmadge — and he didn’t change. That’s 1954. He didn’t change much through the 1970s until he was defeated. But Biden has thrown down, doubled down on loving this guy, associating with him. Biden has furthermore said, “You know, Herman was right about something: Busing didn’t work.” Busing was one of the first techniques used to desegregate the schools. I’m sure you all remember that.

People were bused 45 minutes. Kids were bused 45 minutes or an hour away. After parents had moved into a neighborhood because of the schools, here came the federal government with its mandatory busing program sending kids an hour, 45 minutes away to a different school so that schools could be integrated, ending segregation. It didn’t work, and Biden was out there (up until not that long ago) claiming none of this stuff ever worked. So this stuff is all coming back to bite him now, and that’s why he’s doubling down on it. 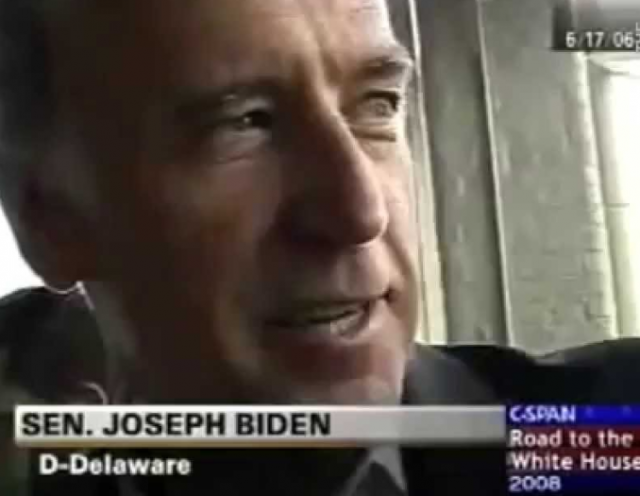 BIDEN: In Delaware, the largest growth in population is Indian-Americans, moving from India. You cannot go to a 7-Eleven or a Dunkin’ Donuts unless you have a slight Indian accent. And I’m not joking!

RUSH: Now, when Joe said that, and you know the reaction. “That’s just Joe. Come on, folks, don’t… There’s nothing to see here. That’s just Joe being Joe!” They say that after every gaffe. Here is Joe Biden, January 31st, 2007, on the New York Observer website talking about Barack Hussein O.

BIDEN: When you got the first, sorta, mainstream African-American who is articulate and bright and clean and a nice-looking guy, I mean, that’s a story.

RUSH: Well… (chuckles) This did not sit well with the Reverend Sharpton. Stop and think. Let me go through this. Imagine if any Republican had said, “Hey, you know what? Kind of good. We’ve got the first sorta mainstream African-American who’s articulate and bright. We got the first, sorta, mainstream African-American who’s clean, nice-looking guy. I mean, that’s a story!” (chuckling) You put those words in anybody else’s mouth. 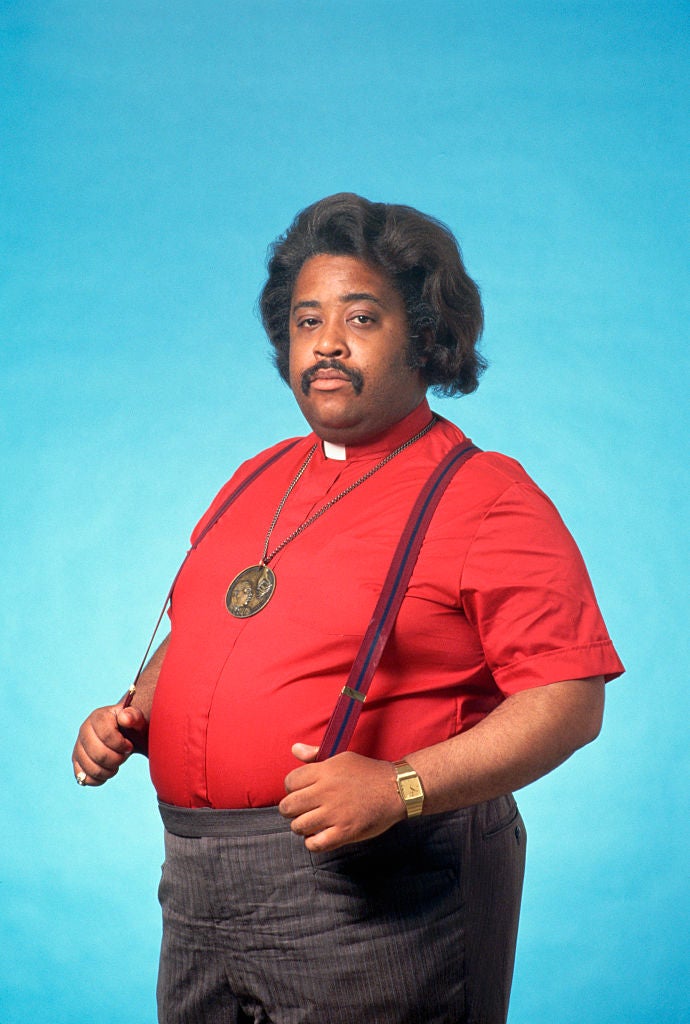 There wasn’t any journalism attacking Joe Biden back then. No, no! “That’s just old Joe.” But I’ll tell you what. It ticked off Al Sharpton like you can’t believe. It made him mad because he was around long before Obama. He was running for president, doing rallies with the bullhorn and so forth. Sharpton was running around, “Wait a minute! I’m clean, and I’m articulate, and I take showers. I can speak.” He withheld his endorsement from Obama for a long time because of this. You remember that? (interruption)

Well, every Sharpton parody song is… In fact, grab Mama Told Me Not to Run. This is one of our on all-time favorite Al Sharpton parody songs, “white comedian” Paul Shanklin here with the lyric line and the musical accompaniment. Let me know when you get this thing and we’ll let you hear some of it, because he references in this parody the fact that Biden was making jokes about — or not making jokes, but commenting on — the cleanliness and the articulateness of Barack Obama. He was really mad! It’s why we did this parody tune.

(Mama Told Me Not to Run)

(Mama Told Me Not to Run)

RUSH: And there you have it. There’s one more — I’ll think about playing it — and that’s “Barack the ‘Magic Negro.'” That’s the one where Sharpton really expresses his rage over Biden commenting on how clean and smart Obama was.