RUSH: This is from our old buddies at Campus Reform. “University of Oregon students demand the removal of a statue of a pioneer. University of Oregon students and faculty are demanding the removal of an American pioneer statue on its 100th anniversary. The statue depicts a pioneer standing on a rock with a rifle slung over his shoulder and a whip in his right hand. The suspects were not identified, but the statue was vandalized in April with red spray paint on its crotch and whip. Sculptor Alexander Phimister Proctor, who designed the statue installed at the University in 1919, aimed to celebrate the achievements of pioneers… A lot of our students feel oppressed by this statue, said Bret Gilbert, coleader of the Native American Student Union.” 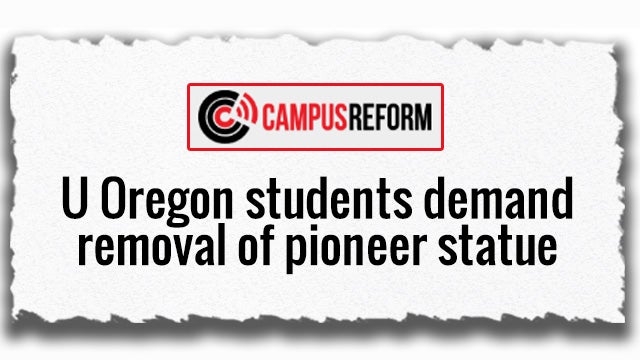 So the Native American Student Union, Bret Gilbert, coleader, organized a protest hoping to get a lot of signatures in support of removing the statue. (impression) “A lot of our students feel oppressed by this statue. I know when I walk under it I feel very inferior, said Gilbert. I don’t feel that way when I’m at other places on campus. I don’t think that’s what the university community wants us to feel like when we’re here. Why, I just feel so small and insignificant, inferior when I walk by the statue of the pioneer. And it’s that rifle. The rifle slung over the pioneer’s shoulder, oh, that makes me so uncomfortable.” Do you believe this? We’re kowtowing on this now! We’re kowtowing on this. Offended by a statue. This is not a Confederate hero. But it’s no different than that, really.

An inanimate object is making students feel inferior, and the university says (impression)”We cannot have our students feeling inferior.” So we’re gonna take away the statue of the pioneer. And inch by inch all of the recognition, all of the symbols of the greatness of the settlements that took place that developed this country are coming down all because leftists don’t have the guts to stand up to a bunch of spoiled brat scaredy cat little kids. Feeling inferior walking by a statue because of a gun slung over the shoulder? 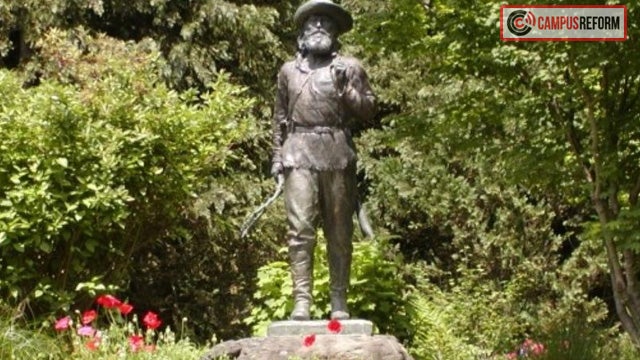 You’re telling me these kids don’t have too much time on their hands? I’ll tell you, if they were really busy, if they were really engaged in living their lives, they wouldn’t have time for this kind of nonsense! But there’s so much prosperity in this country, there is so much abundance that they’ve got all this time to sit and worry about themselves. All they do is think about themselves, it’s me, me, me, me.