RUSH: Jim in Middletown, Pennsylvania. You’re next. It’s great to have you with us, sir. Hi.

CALLER: Rush, it is an absolute pleasure to talk to you. I have been a converted… I was a Democrat. Now I’ve been listening to you for the last couple years. I was elected as a Democratic mayor of Middletown, Pennsylvania. I ended up voting for Donald Trump, left the Democratic Party as quickly as possible, and I’m calling to tell you that with regard to Bernie Sanders’ plan, I think it’s absolutely ridiculous. I am a Millennial, being 35 years old. I will not be supporting that vision of his. I’ll be voting for Donald Trump again.

And the reason I don’t support it is it was my personal choice to further my education and become an attorney. That’s what my daily job is, and I think if I made the personal choice to further my education. I clearly bear the responsibility for taking out the loan that I used to get that education. That’s the same type of mentality that I’ll be teaching to my two sons, by the way, one of which is entering the reading age, and I’ll be introducing him to the Adventures of Rush Revere. So I know I was told to get to the point, but those are the two points I wanted to make: I’m a Democratic mayor converted in light of listening to you, and — 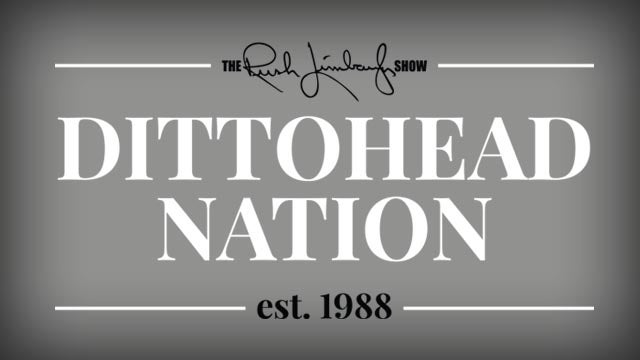 RUSH: You mentioned that you found the program two years ago. I’m sure you had heard about the program before you found it. What caused you to show up and come over here?

CALLER: Well, you know, I just was tired of the rhetoric on the Democratic side. It’s victimhood. It’s all about self-preservation in government. I thought, “You know what? I really need to open my eyes here and stop being wedded to the party that I signed up with.”

RUSH: I tell you, I am… It’s so refreshing to hear that you arrived at all this on your own, especially that you figured out what victimology is.

Once you succumb to that, once you adopt the fact that you are a victim, your life is over. You’re never… You don’t have to accomplish anything because you’ve just told yourself that you can’t. You have just told yourself the deck is so stacked against you, you don’t have a prayer, that everything’s lined up against you, that all these powerful forces are aimed at you, making sure you don’t succeed so you’re gonna sign up as a victim of something and let other people take care of you and get even with whoever it is that’s keeping you down. 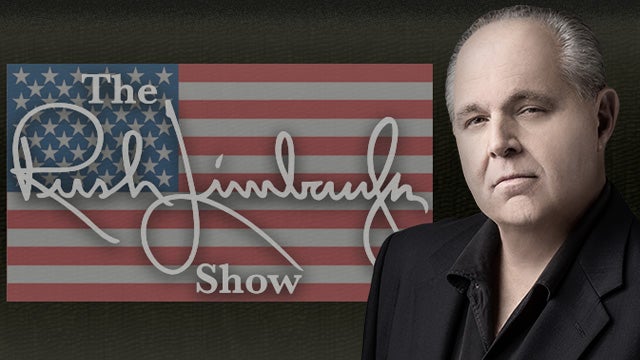 It’s one of the greatest concessions a human being can make in life. Now, look, there are legitimate people, legitimate victims of… In fact, you could make the case that we’re all victimized by something and in many cases in many things over the course of our lives. It’s when you succumb to the idea that you are a permanent victim, you have just given up. It’s exactly what that means. You have just cashed out. You have just admitted to yourself that there’s nothing you can do. You can’t succeed however you define it.

You probably cannot find happiness however you define that. You have to be in pretty much a constant state of misery once you acknowledge that you are a victim. And the Democrat Party is pushing this on people because that’s what they want is a nation of as many victims as possible with the Democrat Party promising to get even with all the oppresses — to get even with the people who did it to you and to take care of you at the same time.

It shouldn’t define the rest of your life. It also permits constant rage. It also allows you to be permanently angry. It’s much easier to be angry than happy. Much easier to be negative than positive. And assuming and adopting victim status? That’s your free ticket. That’s your red carpet to constant misery, constant unhappiness and a constant excuse for the sorry state that you find yourself in. So when you said you got tired of it, that made my day. That’s good.