Did Dems Tip Off Iran About Military Strike? 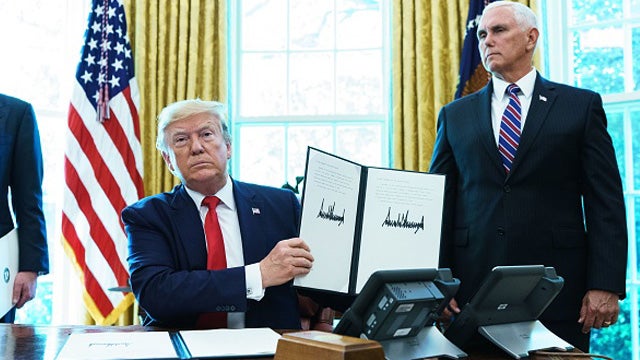 And Trump, just I mean moments ago, signed this executive order. There’s video of it happening right now. That’s a pretty precision point when you deny the grand pooh-bah access to his financial instruments. Meaning, it’s gonna be tough for the guy to move money around and access his money, and so forth.

RUSH: Grab sound bites 22 and 23. Here’s the president today in the Oval Office mere moments ago announcing sanctions against Iran and the supreme leader, the grand pooh-bah.

THE PRESIDENT: The supreme leader of Iran is one who ultimately is responsible for the hostile conduct of the regime. He’s respected within his country. His office oversees the regime’s most brutal instruments, including the Islamic Revolutionary Guard corps. Sanctions imposed through the executive order that I’m about to sign will deny the supreme leader and the supreme leader’s office and those closely affiliated with him and the office access to key financial resources and support. The assets of Ayatollah Khamenei and his office will not be spared from the sanctions.

RUSH: The assets of the Ayatollah Khamenei will not be — can you imagine — my guess is that there’s a bunch people out there leftist Democrats, “Who does Trump think he is –” probably Obama “– he can’t tell the supreme leader of Iran what he can do with his money. He can’t do that, nobody can.” Well, he’s doing it. He’s doing it.

And how long do you think it’s gonna be before a bunch of noted Democrats take the side of the Ayatollah Khamenei, take the side of the Islamic Republic of Iran? In fact, it may already have happened. But if it hasn’t, it’s guaranteed. Here is the second sound bite. And again, Trump reinforces the idea that the Iranians will not get a nuclear weapon.

THE PRESIDENT: We cannot ever let Iran have a nuclear weapon and it won’t happen. And secondly, and very importantly, we don’t want money going out to sponsor terror. They are the number one sponsor of terror anywhere in the world. So I’ll sign this order right now and I want to thank our military, I want to thank all of the people that have been working with me over the last number of months on this. I think a lot of restraint has been shown by us, a lot of restraint, and that doesn’t mean we’re gonna show it in the future. But I felt that we want to give this a chance, give it a good chance because I think Iran potentially has a phenomenal future.

RUSH: So I guess it’s part of the pattern. The president, when announcing sanctions on an entity, company, country, always says, “If you guys straighten up, you know what? You could be phenomenal. If you join the nation of nations, if you join the right group of, you could have a phenomenal future.” He says this about Kim Jong-un. People have said it about Cuba. But it’s part of the Trump recipe here. But, man, he is not hesitant at all to take it to these people. 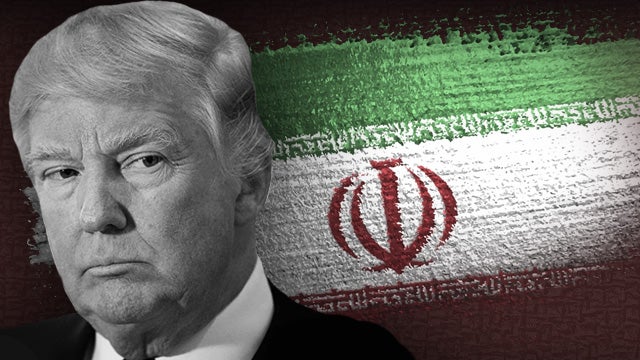 Now, folks, I’m gonna acknowledge that I’ve heard this. I don’t know if there’s any truth to it at all. And I have not seen it on what I consider a trustworthy website, source. But it’s the kind of thing that has happened before, so you don’t immediately discount it.

Now, the stories that surfaced were that there were people in the White House meeting and there were some Democrats in the meeting, committee chairmen, who immediately made phone calls to Iran with the location of the attack, and that the Iranians then moved a hundred to 150 men, women, and children who are afraid of climate change into that location.

In other words, they weren’t there. So the bottom line is that there were people who sabotaged the operation by calling the Iranians and leaking the location so they could then move kids and women into it.

Now, as I say, there’s no proof for it, but that kind of thing is happening. The Democrats have a long history of aligning with American enemies. They did it with the Soviet Union when Reagan was president. They did it almost weekly when we had an ongoing dispute with the Soviet Union over the disposition of the state of Nicaragua and the Contras. They were undermining Reagan policy in Nicaragua openly.

The Democrats have a history of this. They have a history of undermining Republican administrations with this kind of thing, even though there’s no proof for this. But it’s one of those things that you hear, you just don’t immediately discount it. You remain open to further proof coming in for it because it’s sadly not something that has not happened before. It has.

RUSH: Back in 1987 Pat Leahy, Vermont senator — Pat “Leaky” Leahy — tipped off Moammar Khadafy of an upcoming operation to destabilize his regime by the Reagan administration. Democrats have a track record of attempting to undermine Republican administration military operations. 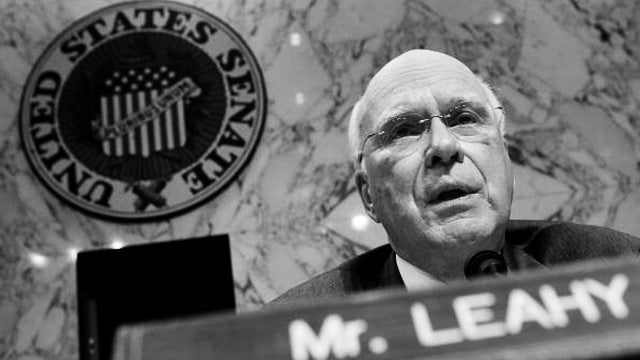 And here’s the upshot of it. “In July 1987, The Washington Times reported that Mr. Leahy had disclosed secret information about a 1986 covert operation planned by the Reagan administration to topple Libyan leader Moammar Khadafy. Federal intelligence officials told the paper that Mr. Leahy had communicated a written threat to expose the operation directly to CIA Director William Casey. Then, just weeks later – surprise, surprise – news of the secret plan turned up in The Washington Post, causing it to be aborted.”

Now, this is what got Mr. Leahy the nickname “Leaky,” Senator Depends. This was an attempt to undermine the Reagan administration’s military operation against Khadafy. This is after, if you recall, what was that, Pan Am flight whatever it was that was blown up over Lockerbie – (interruption) Pan Am 103. It blew up over Scotland. We found out who did it. It was agents of Khadafy. And the first attempt to retaliate Leahy found out about and blew it, blew it up on purpose.

So when you see things like Democrats made a phone call, somebody made a phone call to the Iranians, enabling them to move civilians into the target area, you don’t immediately discount it. It’s not something new.

As I say, during the Reagan administration, there were repeated efforts by Democrats, Senator Kennedy, practically the entire Democrat House caucus trying to undermine Reagan with the Soviet Union directly and with one of its client states in Nicaragua.