CALLER: Hello, Rush. A few months ago I called and said you sounded disheartened. Well, I’m disheartened now after listening to Vickie yesterday. And I hear so many other one-issue people all over the place. A former mayor of New York, and a guy that used to have a show on before you used to say, if you agree with seven out of 12 issues you gotta vote for the guy, Republican or Democrat.” Well, Donald Trump has fulfilled at least 10 out of 12 issues. And I just want to know — now, the reason I’m so concerned about Vickie is because most of the time they sound like seminar callers or they’re part of the Ann Coulter brigade, but Vickie sounded sincere.

Trump was elected to stop it. She was all excited when these raids were announced. To her, this is second only to the wall getting built. Then it gets called off because of Pelosi! It ripped her a new one. She’s not gonna abandon Trump. She’s not part of any seminar caller brigade. I’m expert at assessing those people and ferreting them out. She was not.

And I don’t even think she’s single issue. I think she was just paying attention to what was being said by the administration and then they backed off and didn’t do it and she was irritated. She was waiting for me to tell her why. She didn’t want to cave and fade away on Trump on this.

CALLER: I’m glad to hear that. I want them also to trust Trump’s tactics with these liberal Democrats.

And this is the kind of thing that would make them say, “See? I knew it was too good to be true. I knew it. Not even Trump is gonna do it.” Our side has people who have been let down and disappointed for so long. Promise after promise, either during campaigns or even after a candidate gets elected, the promises continue. It’s a lot of conditioning that has taken place that takes a while to overcome.

I tell people as often as I can, the Democrats are not infallible. Everything they do is not perfect. In fact, I think the Democrats are in so much trouble, even despite the 2018 midterms. I think the signs are all around us. They’re blaring at us, the Democrats have big trouble, particularly in the context of presidential politics and winning in 2020. They’re mired in a mess. They do not have a single candidate that can compete on a stage with Donald Trump in any way — on issues, on performance, on charisma, on magnetism, on owning the event, they don’t have a single person. 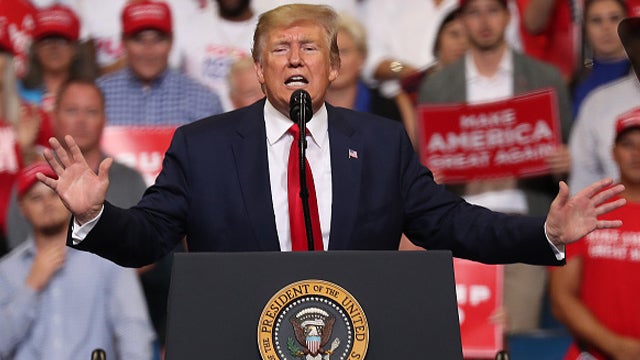 I understand the complaint you have about people who are single issue, but Vickie was not even a single issue person. I am as irritated by those people as you are. But this is not what we’re talking about this, Larr, old buddy. As far as I’m concerned, she had a legitimate reason to be concerned, ’cause this was it for a lot of people. This issue was why they voted for Trump. And they have total devotion and implicit trust in Trump.