RUSH: Steve Forbes has written a letter to Mark Zuckerberg encouraging him to go forward with this new cryptocurrency that Facebook is gonna invent called Libra. He’s encouraging him to do it, And you know why? He wants Zuckerberg to do it, he wants him to rename it from Libra to the Mark. You know the last currency that was called the Mark? (interrupting) The Germans! Precisely. The Nazis! So “Teve Torbes” is encouraging Zuckerberg to rename his currency from the Libra to the Mark and then have it backed by gold. 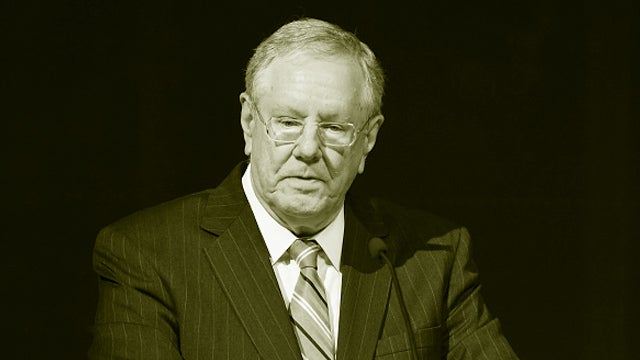 That’s what Forbes wants. Forbes, if he could get the dollar to be backed by gold, he would go for that. That’s been a staple of many supply-siders for a long time. So he’s encouraging Zuckerberg to go ahead and he could end up having the most stable currency in the world. The Mark, the Libra, the Facebook cryptocurrency could become the world currency, Steve Forbes says, if it would just be backed by gold — and he has this open letter to Zuckerberg.