The kids walk out with a perfect, made-to-his-or-her-specification teddy bear. Well, I saw this little survey here. I know you’re all asking, “How do you know about it?” (chuckling) I hear people talk about these things. Folks, there’s not much that escapes me. I make it a point. I think I have here the Democrat version of Build-A-Bear. They are building a candidate, and I have a survey that somebody took. I printed out the chart. I normally hate charts because you can’t do charts on the radio. 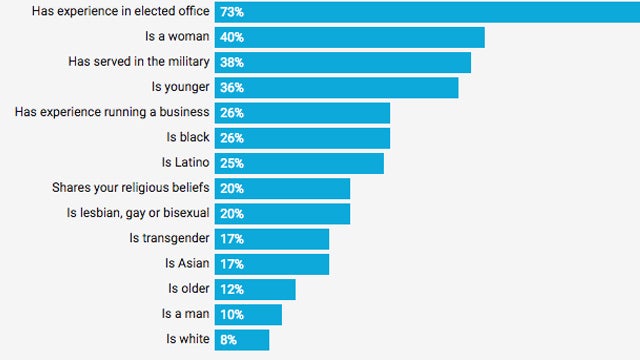 It would not work in the Dittocam because the resolution of this thing is so tiny you couldn’t read it if I put it up there. So I’m just gonna have to do what I always do and use words, ’cause it’s a radio program. The problem is I don’t know who did this survey, but it’s still viable. It looks like it’s done by some reputable polling outfit. These 507 registered Democrat voters between June 13th and 17th were asked to rate the various qualities they were given here in importance, the things that excited them the most about a candidate — candidate qualities that ignited excitement in Democrats.

So what we have here is the percentage of Democrat voters who said that these following characteristics of a presidential candidate would make them more excited to vote for that candidate. So it’s basically the survey went out with a list of things about candidates and asked people to say, “Okay, how important is this?” The number one quality that ignites excitement in Democrats is “has experience in elected office.” Now, I’m sure that this is a total reaction to Trump, who has none. ‘Cause I don’t think it would be 73% if Trump were not president.

The second… So we throw the first one out, “experience in office.” Okay, fine. Now they get real. The second quality — the second highest quality that ignites excitement in Democrat voters — is (dadelut dadelut dadelut) “is a woman,” at 4%. Now, what did I tell you the other day? That there are a bunch of women who simply want to see a woman elected. They’re not ideological. They’re not liberal, Democrat, Republican. They’re just radicalized women who are sick and tired of men being on top in everything and they want a woman elected, and it doesn’t matter really who it is. Forty percent.

The third quality that excites Democrats: “Has served in the military,” 38%. The fourth highest quality to ignite excitement in Democrats is “younger” (“no age rage given”) at 36%. The next number, the fifth quality most excites Democrats: “Has experience running a business.” Well, now, outside of Hunter Biden — Ha! Ha! — who’s only the son of Plugs, which of these people have run a business? They all take pride in not having run a business. That means they’re not cheats. That means they’re not capitalists.

Literally 17% of Democrats said that the most exciting quality that could excite them about a candidate is that the candidate is an “it” or a “they.” A transgender, 17%! (interruption) Not transvestite. That’s different than transgender. Seventeen percent are essentially saying, “We want a candidate that has a mental disorder.” That’s not me. That’s the guy from Johns Hopkins University, the emeritus professor says that transgenderism is a mental disorder.

Fauxcahontas is in there. Note: Black, Latino, but no Native American in this list. No Indian in this list. Yeah, here’s the story. This is from The Politico. (sniveling impression) “This week’s debates will be the first time millions of Americans meet the cast of Democrats trying to take out President Donald Trump. That’s precisely what has party brass terrified.” (laughing) This is a story of Politico about how terrified the Democrat Party is that their candidates are gonna be seen this week!

They’re worried about that it’s going to be a horror show, a circular firing squad. “‘I’m worried it’s going to be a scrum — a lot of people trying to score points on each other and looking like scoring points was more important than communicating with the American people,’ said Randi Weingarten, president of the American Federation of Teachers… 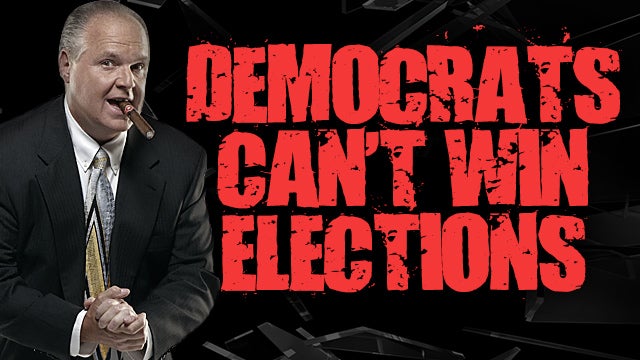 “‘That circular firing squad is not going to help save our democracy or help working families,'” and then there’s other people quoted in there, and they’re scared to death that this thing is just gonna blow up in everybody’s faces. You’d better get ready for that, because in any campaign, you have to take out the most immediate opponent, right? Now, the most immediate opponent is another Democrat.