RUSH: CNN International is placing the fate of all mankind in the hands of one guy on the radio, your beloved host, me, the all-knowing, all-caring, all-sensing, all-feeling, all-concerned, all-everything Maha Rushie.

This was John Vause, the CNN International newsroom info guy speaking with the Columbia University Director for Sustainable Development professor Jeffrey Sachs about another new U.N. report on climate change. To set things up —

In conservative media, you had first, you know it was a hoax, and then it wasn’t really happening. Then it was but maybe it was, but it’s probably, you know a natural global cycle. Now it is happening, but there’s nothing we can do about it or it’s too costly. By the time they actually recognize it as actually a real threat, man-made, we’ll all be dead. 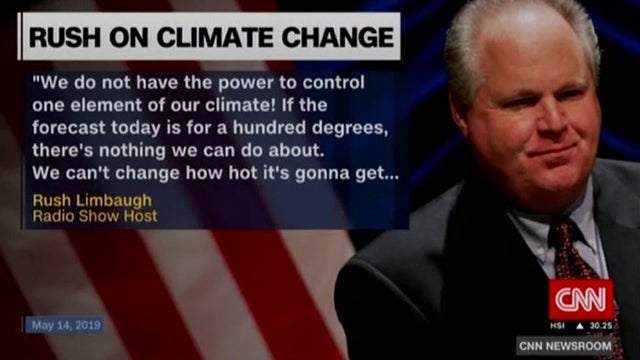 RUSH: Now, folks, do you realize what this guy thinks, that what I just said is stupid. He thinks that what I said is irresponsible, easily disproven. This is how far gone this stuff is. “Rush Limbaugh back in March told his millions of listeners, ‘We don’t have the power to control what we don’t control, we don’t change how hot it’s gonna get.’” Somebody want to tell me that’s not true?

Okay, the next. We are not responsible for how cold it’s gonna get. Right? I mean, if we wanted it to actually be 75 degrees, could we do it? No. We would have to go someplace where it’s 75 degrees. But we could not lower the temperature. We can’t lower the humidity. We can’t lower the heat index. We can’t change a thing about it, other than adapt to it, and we do that by inventing air-conditioning and fans and refrigeration for ice cubes and so forth. 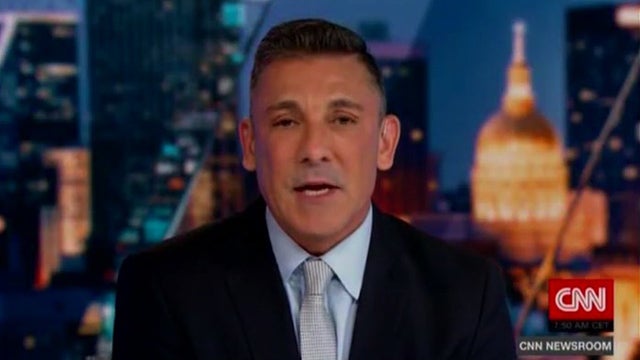 There’s all kinds of ways we adapt to this, but we don’t have one iota’s of a say-so about it. And this guy’s holding this up as an example of stupidity and is attempting to ridicule me because I think these things. “It’s so complex we can’t even comprehend it. We’re not responsible for hurricanes.” I guess he thinks we are. I don’t know about you. Hurricanes have been around long before I was born. And in the past, hurricanes have been a lot more severe and a lot more numerous than they have been in my lifetime. I looked it up.

But regardless, I have nothing to say about hurricanes, when they start, where they start, in the Atlantic or the Pacific, how strong they’re gonna be or where they’re gonna go. I can’t prevent them from starting, I can’t lessen the severity, I can’t steer them. All I can do is get out of the freaking way if it’s headed my way. And then adapting, I can prepare my property as best I can to withstand whatever forces nature throws at me. But that’s it!

Does this guy really think we can do all this? We’re not responsible for tornadoes. Somebody want to tell me the last human being responsible for all of the property damage and death of the latest tornado? If somebody is starting tornadoes out there, we could sue them! Tornadoes kill people. They destroy property. If somebody’s doing this, we can hold them liable. Civil court.

I’m not aware that anybody has been sued for starting hurricanes. I’m not aware that anybody has been blamed for it, except these people are trying to make dummkopfs think that we do have this power. We’re not responsible for earthquakes. A lot of tremors recently along the San Andreas fault in southern California. People are getting worried out there. What can you do? Can’t stop it.

If the faults are gonna fault, if there’s gonna be an earthquake, there’s gonna be an earthquake. There’s not a thing you can do except make a movie about it afterwards. Anybody disagree with this? How can you disagree with any of this? We’re not responsible for any of this. And the idea that we are responsible for it is silly! And this guy’s ridiculing — this is nothing but plain, simple, obvious fact and common sense.

This is the bite he uses to illustrate the conspiracy nature of the climate deniers to set up his guest. Again, Jeffrey Sachs, Columbia University Director of Sustainable Development professor. This is how he reacted. 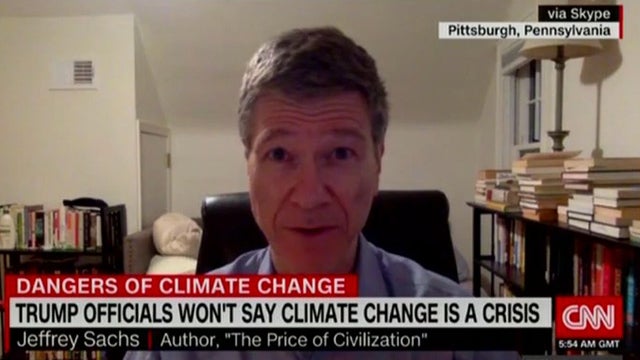 SACHS: It’s truly unbelievable. The United States and a few other oil-rich countries are working against humanity. They are creating havoc for the rest of the world. But the games that are going on in the U.S., it’s Rush Limbaugh, it’s Fox News, it is Rupert Murdoch, completely a disgrace.

RUSH: Did he say Rupert? Regardless, this is the stupidity. This is a professor. He’s in charge of the sustainability of stuff at Columbia, and this guy’s a raving idiot, and he’s teaching people whose parents are spending 30 to $40,000 a year to send them to that school to absorb this kind of stuff. “It’s truly unbelievable, the United States and a few other rich oil countries are working against humanity.”

You note that’s always the lament. Republicans are always killing people. They’re always poisoning things. They’re always sabotaging. It’s absurd. And, you know, you have to wonder about the people watching this stuff, sitting out there nodding their heads in agreement. And yet there’s not a person on earth that can control how hot it is day to day, how cold it is day to day, how wet it is. Nobody can, ever has been able to, and never will be able to, by the way.

Oh, you think we’re gonna be able to come up with some seeding plan we can fly a bunch of C-130s into a hurricane, drop bunch of seeds in there and blow the thing to smithereens? That energy’s gotta go somewhere. The energy in a thunderstorm is such we can barely comprehend it, folks. If we could lasso the energy in a lightning bolt, we could power the city of New York for a period of time that you would not believe.

RUSH: Here’s Ray in Fort Myers, Florida, as we head back to the phones. I’m really glad you waited. How you doing, Ray?

CALLER: Fine. Thank you, sir. I was gonna mention that I was born a couple months in the 1950s, so we’re kind of close in age, but I remember in the late fifties reading my brother’s political science article or publication, and it was saying that we’d had a couple cold winters and we were going into the next ice age. And then I remember in the third grade they took us all into the auditorium and showed us a film on where the oil was in the world now was running out and by about 1978 to 1981 the world would be out of oil.

RUSH: Right. Then they show you the film of nuclear test explosions.

RUSH: And show you how to hide under the desk.

RUSH: Right. So your point is that your whole life, authorities, parents, whoever, have constantly kept you on edge with one crisis to the next?

CALLER: Whether it’s ozone or global warming, it’s always the sky is falling.

RUSH: Yeah. Remember how caffeine was gonna wipe you out? It never changes. That’s exactly right. There are reasons for this. A constant, never ending crisis of one thing or another that’s always gonna kill you. The difference in them now is, to help sell them, they become your fault. You’re the reason. But they offer you redemption at the same time. But it’s a good observation.