Democrats Rush to Capitalize on Photo of Dead Father and Child

RUSH: So the Democrats think they’ve got their silver bullet now. They think they’ve got it, this photo, I’m sure you have seen it, of a man and daughter face down in the river. “The bodies of Salvadoran migrant Oscar Alberto Martínez Ramírez and his nearly 2-year-old daughter Valeria lie on the bank of the Rio Grande in Matamoros, Mexico, Monday.” 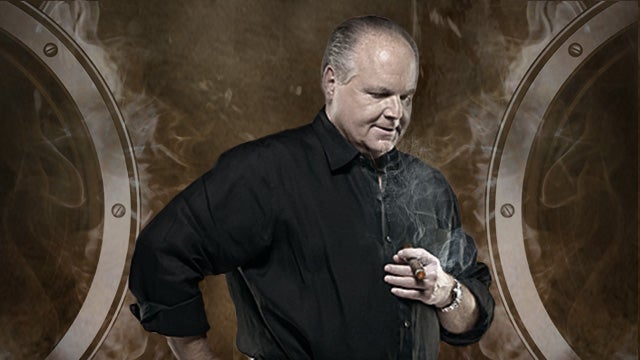 You know what my answer to this is? Ralph Northam, the governor of Virginia and the New York state Senate, both of whom have legalized the execution of babies after they have done survived abortion. And they want to tell us, they want to try to tell us that Donald Trump is killing people?

Donald Trump is trying to come up with policies that would stop all of this. It’s the Democrat Party and the worldwide left encouraging this, encouraging these caravans, encouraging people in these Central American countries to send their kids and themselves on this nationwide trek all the way up through Mexico to get to the United States under this bogus asylum seeking policy.

Donald Trump’s not responsible for anybody dying, and Donald Trump’s not responsible for detention centers. You know, the Democrat debates are starting tonight, and I guarantee you there’s gonna be a moment of silence. They will do a moment of silence, and Joe Biden will probably say, “Not one child ever died during the Obama-Biden administration” or some such thing.

And I just want you to remember, Planned Parenthood and the Democrats’ abortion policy. They are giving standing ovations. We got a standing ovation in the New York State Senate when they authorized the execution of babies that survive abortions. There’s no other way to describe it. And the same thing in the state of Virginia. (imitating Northam) “That’s right. We’re gonna wrap the baby in some cloth and we gonna talk to the mama about it, and then we gonna give that baby something to make him comfortable, and then, pow.”

And nobody’s even talking about it. He even survived a blackface escapade when he was in medical school, Governor Ralph Northam. I’m not gonna show you this picture because I’m not falling for this. I’m not gonna start wringing my hands, “Oh, my God. What are we gonna do? Oh, this is horrible.” Because this is not the fault of conservatism or the Republicans or anybody else. This happened on the Mexico side.

You know, it’s amazing that more people are not suffering severe injuries and so forth with this trek. It’s the Democrat Party and the worldwide left that is encouraging people to do this. And the sad thing is, this photo is made to order for their presidential candidates. The sad thing is these are the people that want to try to capitalize on it.

RUSH: Here’s President Trump today at the Faith and Freedom Coalition. I’m so glad he did this. You never hear Republicans talking about abortion the way Trump does in this bite.

THE PRESIDENT: If you watched Virginia, the governor, after the moment of birth…

THE PRESIDENT: That was something that nobody…

THE PRESIDENT: That was something that nobody heard of before. After the moment of birth! Nobody believed it. I had never heard of it. I don’t think anybody had heard of it when he talked about wrapping the child and then discussing with the mother whether or not she wants to keep it. The child is born! So that becomes an execution! 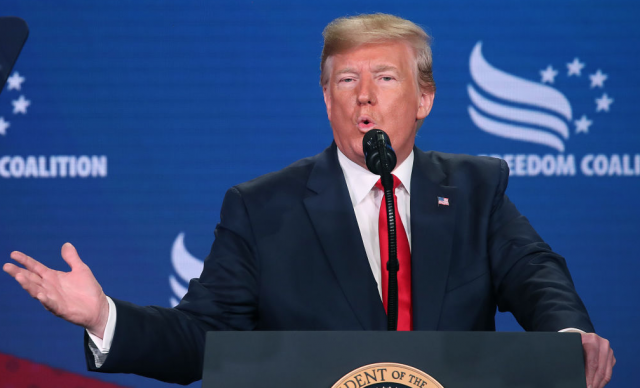 THE PRESIDENT: That becomes an execution. Every child born and unborn is made in the holy image of God, and that is why I have asked Congress to prohibit the late-term abortion of babies.

THE PRESIDENT: And they’ll do that.

RUSH: And now we got 18 seconds of applause and cheers here.

RUSH: That was just moments ago, 45 minutes ago, at the Faith and Values Coalition. I think it was annual meeting in Washington.

All right. So there’s lots popping today. We’re gonna do our own little review of the Democrat candidates in the debate tonight. There are signs in Miami in Spanish saying, “No socialismo! No comunismo!” in Spanish right near the arena where the Democrats are gonna be. And CNN International is blaming me for the end of the world due to climate change, all that and more.”

RUSH: Let’s go to the phones. Let’s get started. Where do I go first? Give me a green signal here. Which of these lines? We’ve got Sebastian, Florida, and Cynthia. Great to have you on the program. You’re up first today. Hello.

CALLER: Hey, Rush. You know, I just watched the president talk to the Faith and Freedom Coalition.

CALLER: And he says, “We must all be advocates.” But how? We are conservatives. We are the Nick Sandmanns of the world. When we’re confronted about what we believe, we stand there with a silly smile on our face when we really want to deck ’em, but we don’t want to be a rude Republican. We want to be on the side of right and good and love. So how do we get (chuckles) all of these nice conservatives to become activists? I mean, it’s kind of like telling a zebra to change its stripes.

RUSH: I think what the president means — and I don’t know. I’ve not heard him say this. I’ve not… In our advice meetings, I’ve not discussed this. But here’s what I think, and I kind of share this. Conservatives are not activists by trade. We go to work. We observe and we react. We are confronted by activists. We’re confronted by people on offense every frigging day, which means we’re on defense every day. I think the president’s simply saying, “Don’t just sit around and watch it and listen to it and talk about it, but get active about it,” which means actively defending people like him, actively promoting others who are carrying the water. 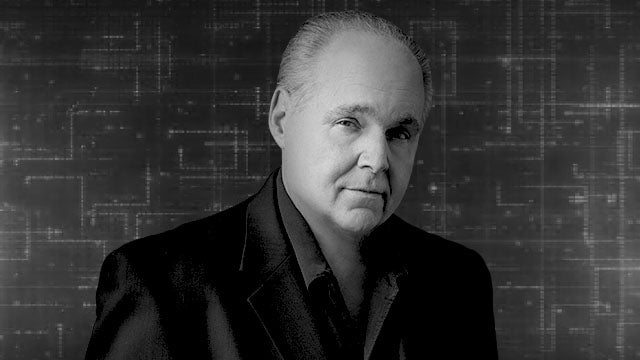 And maybe, if you have the means, to go out and carry the water. He’s not talking about joining a protest march. I think he’s just saying, “Don’t just sit there and invisibly absorb all of this stuff and sit around and ask, ‘Why isn’t anybody doing anything about it?'” But by “activist,” I think he simply means action. “Get involved, and don’t just take this.” I think on the conservative side… This is changing, by the way. There’s a lot of conservative activism out there now, and there’s a lot of action that people are taking action.

A lot of it’s led by people like Charlie Kirk, Turning Point USA, and — as I was talking about earlier — with James O’Keefe and Project Veritas. There are a number of people literally putting… The Never Trumpers are the people that just sit around and wring their hands and write intellectual papers and discuss it one way or the other amongst themselves while sipping tea from bone china cups and lamenting how unsophisticated everybody is. There are people actually out there, taking the battle to the people who are on offense.

I’ll give you another example. There are gonna be people out there on our side today, Cynthia, who see this photo that the media can’t stop running of the daughter and father face down in the Rio Grande river, and some of them on our side are gonna say (sputtering), “All right. All right. We — we –we can’t handle any more of this. We — we — we’ve gotta we gotta go ahead and do the amnesty! We can’t… We — we –we gotta cave! We gotta. We can’t stand this anymore! They’re killing us. They’re defining us. We — we’ve lost this in the media.”

That’s what he’s talking about: Not accepting and falling for the tricks these people play. I think it comprises a lot of the things. He knows that you’re all not gonna join a protest march or go out and confront, face-to-face, these people. He knows that conservatism/conservatives are being eliminated from social media. Every day, another prominent one gets banned. So he’s simply asking for people, I think, that would stand up and defend him in a crowd.

If you’re somewhere where a political discussion breaks out, a restaurant or whatever, that you just stand up and defend. Go on offense! It doesn’t mean pick up a protest sign and join a march and burn down a building. It just simply means, “Don’t sit there and take it, and don’t let the media define and don’t let the left define how you look at these issues.” Anyway, I’ve gotta take a break. I’m glad you called, Cynthia, very much.