RUSH: Now, you do have to keep a sharp eye out on Kamala Harris for one reason, folks. For those of you that watched this last night and thought, “She did pretty good. Keep an eye out,” but you may not know why. 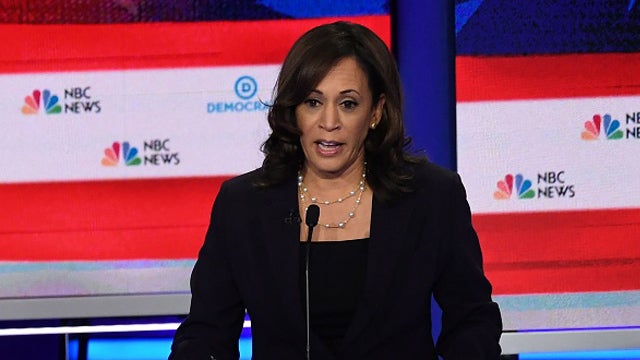 She can tell a story. Well, you know people like that, right? Most people can’t tell a story. But she was able to tell a couple of stories inside this compressed time frame. And storytelling has an almost a magical way of connecting with people, so keep a sharp eye.

Let me take a break. We’ll come back and continue here in our analysis and breakdown of last night’s sheer disaster for the Democrat Party.

RUSH: Even though Kamala Harris (or Kamala, I guess you pronounce it now) can tell a story — and she can — I still don’t think she’s gonna survive all this, because the truth of the matter is she’s a mean person. At least that’s my take having watched her conduct interrogations on the Senate Judiciary Committee during the Kavanaugh nomination and any of the others that come up.

She really is an ill-tempered and short-tempered person who will not brook and tolerate any opposition, people not understanding her question, whatever it is. She’s not nice. When you boil it all down, she’s just not a nice person. That’s gonna come out. She is a tough-as-nails prosecutor who is not above shading things in order to get a guilty conviction. This kind of thing will surface in time.