Trump Tells Putin Not to Meddle, Media Has Cow

RUSH: Then there’s Trump. You gotta love Donald Trump. Donald Trump is over at the G20, and he’s sitting there and he’s talking to Vladimir Putin of Russia. And the media, the Drive-By Media is covering it over there. “Mr. President, Mr. President, are you gonna tell Putin not to meddle in the election in 2020?” 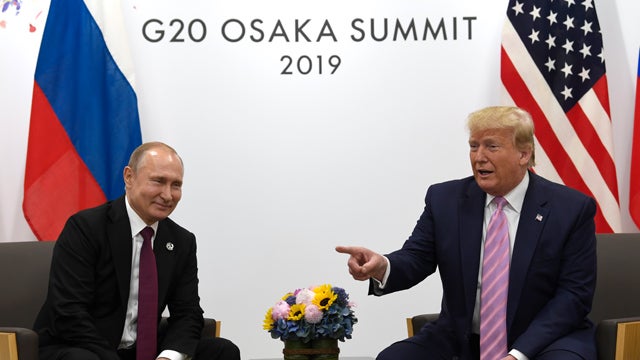 So Trump smiles and leans over to Putin, says, “Hey, don’t meddle in the election, Mr. President.” And they both start laughing about it, and the media just had a cow. They’ve been having a cow all day. The tech blogs I read are beyond their ability to control themselves with this. Trump mocking this, Trump making fun of this. How dare he! This is outrageous.

Meanwhile, what happened last night don’t bother anybody. But here’s Trump having a little fun. The media started it. “Are you gonna tell Putin to stop meddling?” “Sure. Mr. President, stop meddling and don’t do it in 2020.” The media’s livid. We have some audio of this, grab sound bite number 21. This is the female reporter, unidentified. I’m told this is hard to hear if I understand that right. But let’s listen together.

UNIDENTIFIED FEMALE REPORTER: (crosstalk) Mr. President, will you tell Russia not to meddle in the 2020 election? (reporters shouting loudly) 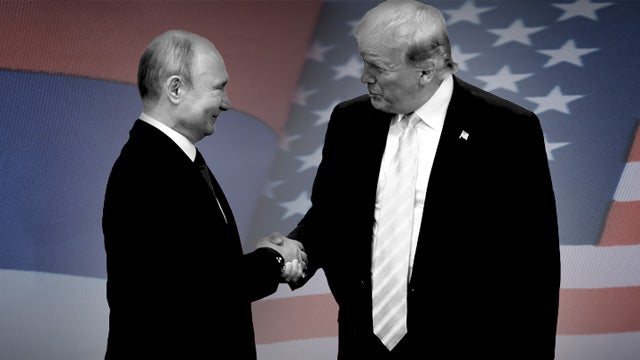 RUSH: Were you able to understand? You weren’t. All right, here’s the transcript. Female reporter: “Mr. President, will you tell Russia not to meddle in the 2020 election?” And the reporters are shouting like the candidates were last night. It was a cacophony of media shouting.

So Trump is not close to a microphone. He says, “Yeah. Of course we will.” Then he turns to Putin, says, “Don’t meddle in the election, Vlad. Don’t meddle in the election.” And the media’s going bonkers. Now, how is this any different — grab sound bite number 22. This is December 16th, 2016. This is after the presidential election in 2016 that elected Trump. Here’s Obama at a press conference at the White House.

OBAMA: When I saw President Putin in China, I felt that the most effective way to ensure that that didn’t happen was to talk to him directly and tell him to cut it out. 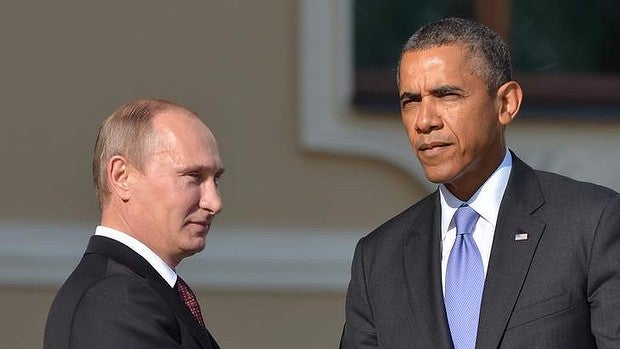 So Trump tells Putin to stop meddling. Media’s outraged. Trump’s smiling the whole time, leaning over. Putin’s smiling the whole time. “Don’t meddle in the election, Vlad.” This is the thing these people have taken so seriously. And this was the thing that was gonna get rid of Donald Trump and they were gonna prove it. Now here’s Trump mocking them.

RUSH: If you missed it, President Trump was asked by the media if he was gonna ask Putin to not meddle in the election in 2020. So he leaned into Putin, said, “Hey, buddy, don’t meddle in the elections in 2020.” Putin said, “Okay.” They had a big laugh about it. The Drive-Bys are livid. It was funny as hell.