Beto Campaigns Where the Democrat Base Is — In Mexico!

RUSH: Here’s Beto O’Rourke. I mentioned this. I just want you to hear it. He’s in Juarez, Mexico. Juarez is right across the river from El Paso, and he’s campaigning for the presidency — the Democrat nomination — in Juarez, Mexico. Now, you may think this is crazy. But it isn’t! Democrat Party base lives in Mexico now. They were asked, “Show of hands. How many of you think illegals should get free health care?” Every hand went up. They don’t think illegals should be stopped from coming into the country. So the population of Mexico is a Democrat base now. So Beto goes down there to tell them that America caused their suffering, that America is to blame for Mexicans dying crossing into the country. This is what he said.

O’ROURKE: We know that people are literally losing their lives, as they’re no longer able to cross at ports of entry. They’re trying to cross in between ports of entry. We, as a country, decided that that’s what we will do. We put them in this precarious position. We have caused suffering. 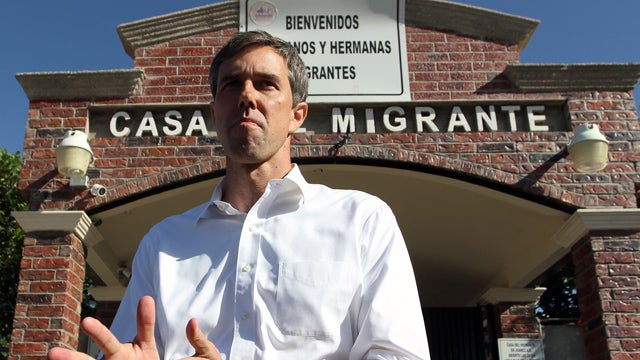 RUSH: Folks, it’s in their own words. You don’t have to take my word for it. I know those of you in this audience do. It is Americans’ fault, America’s fault. These people are anti-America. America created their suffering by taking California away from them in the first place! By the way, this is a theme in modern-day entertainment. How many of you watch the Paramount TV show Yellowstone? (interruption) Well, you know what I’m talking about, then.

The whole concept of Yellowstone is how America took it all away from the Injuns. I don’t want to get too much in the weeds, ’cause it’s a good show if you can get past the crap. But one of the characters is married to one of the sons of the dynastic bad guy owner of the largest ranch in the world that it shouldn’t be allowed to own and this woman’s an Indian. The rancher’s son married an Indian! Family strife right there. She has an accident, gets beat up trying to break up a fight at her kid’s school, doesn’t discipline the kid. The kid’s a terror at age 5, beating up everybody.

But they don’t discipline the kids. She gets hurt. The rancher tries to get her out of the way. He goes to the local university and arranges for her to get a job offer that will pay her $75,000 a year. These people are living in a trailer. It’s $75,000 a year and so she can teach whatever she wants to teach. She turns it down because they don’t want to be indebted to the evil rancher. Well, then she has this accident, brain damage and so forth, a long recovery. Then she goes back to this University present, years later, and says, “I am willing to accept your offer.”

(sputtering) “The job’s no longer open. I mean, we filled the job.” “Well, I’ll take it. You let me know when it comes up.” Eventually she gets the gig and she tells the university president, “I’m teaching the truth about Columbus! I’m teaching the truth about this country! I’m telling that he brought genocide to this country. I am gonna teach that it was white Europeans that destroyed this land,” and the university president says, “Well, you go for it, babe!” Essentially, “You go for it,” and then she does that! She does it in her introductory class.

And the university president’s in the audience in the classroom watching, comes out, praises her afterwards. As somebody who does… He’s not an activist president. He’s just running the place. He’s an administrator, and you can tell by his facial expressions he disapproves totally of her view of things. But he can’t ’cause she’s the daughter-in-law of the guy that owns the biggest ranch in the world. She cannot be told not to do it. Even the theme of a show like that… It stars Kevin Costner.

Even on a show like that, “America sucks! America took it away from the Indians! America took Mexico away from the Mexicans! America, God, we’re so horrible!” It is a running theme throughout American pop culture now! So you’ve got these people down at the border try to put up with this rampant invasion. Nowhere are they prepared for it. Let me grab a call quickly here. I want to work a couple in here before the break. San Antonio is next. Roy, great to have you on the program today, sir. Hello.

CALLER: Hey, thank you so much, Mr. Limbaugh, for talking about my call. I want to talk about three quick points. Number one — and I’m a Latino, all right? I’m first generation my mom’s side, fourth generation on my dad’s side so I can kind of talking about this. (chuckles) Latinos are not politically conservative. If so, why are all Latin-American nations — 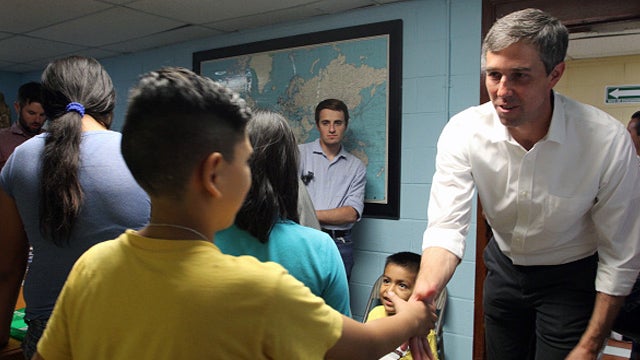 RUSH: Hey, hey. Hey, hey. Wait, wait, wait just a second, Roy. This is fascinating, ’cause you know what? When I started in radio show back in 1988 and I started meeting the people who are now the Never Trumpers at the think tanks, they were all for immigration — and you know why, Roy?

RUSH: They told me, “Latin-American Hispanics are great conservatives. They’re devout Catholics and they are us, and that’s why we’ve gotta be supportive. They live conservative lives now and they want to support conservative politics,” and I always scratched my head.

RUSH: I said, “Can you answer a question for me? Why are none of countries where they live conservative?”

RUSH: If Latinos are all conservative, if there are that many of them, how come most of their the countries are socialist?

CALLER: Correct. That is correct.

CALLER: I mean, honestly, we epitomize the duality of man. Personally, we may live traditional family values but politically we do not. Another thing, second point — and this may come as a shocker — but Texas is gonna go blue in 2020 and it’s all due to the changed demographics in population coupled with the liberal Democrat control of every major city from Dallas to Brownsville and from El Paso to Houston. They are all —

RUSH: They’d be happy to know in Brownsville are a major city.

CALLER: — it’s completely controlled by Democrats and everywhere from the mayor all the way down to the DA, and the DAs in Texas run the political machines.

RUSH: Yeah. Well, let me tell you something, Roy. I know that it looks like it. I saw, you know, one of the red-blue electoral maps of Texas about… Well, it’s been within the past six months ago, and one thing I noticed is that every county in Texas on the border with Mexico is one shade of blue other another.

CALLER: Well, I tell you, absolutely it’s over. Absolutely it’s over! And this is something that people just do not want to look at. I mean, look, in 2018, Texas came within 2.8% of voting for an open socialist as their senator, and they’re counting that as a win.

CALLER: Well, he came with 2.8%, Rush. You cannot negate the fact that that was a win; that was not a loss.

RUSH: He had all the Hollywood money. How many people do you think now who voted for Beto are glad that he didn’t win? The guy’s a —

CALLER: (laughing) I mean, he’s not getting much support for president nationally.

CALLER: Alright? But he has some coattails in the state.

RUSH: I don’t think the Beto election… It was frightening for Cruz, but I don’t think the Beto election alone is a good enough harbinger for what’s gonna happen statewide in the presidential race in 2020. But I understand your concern. If you look at those border counties it’s something to really be worried about ’cause we can’t lose those electoral votes and win the presidency.

CALLER: Absolutely! And there’s zero freedom-based outreach into the grassroots Latino community, in a time that offers the greatest opportunity to do so because of free-market principles and deregulation, getting government out of the way, creating the lowest unemployment rates in Hispanic communities — coupled with the exodus, the exodus of Latinos and other people leaving, fleeing, failed socialist nations — it’s a huge opportunity exists to reeducate this key demographic, and nothing is being done about it, Rush. Nothing.

RUSH: Well, yes and no. Don’t underestimate the power of Trump in this regard. I think the idea that Hispanics hate Trump because of his statements on immigration? You don’t. I can tell by what you say that you don’t hate Trump. I think that’s a little bit more drivel. But, Roy, I’m glad you called. You really am glad you got through.

CALLER: Yes, sir. How are you?

CALLER: Yes, sir. I’m calling to ask you a specific question, but before I ask you, if you don’t mind, I want to tell you that I’m retired military. I spent a few years in the Army and many years in the New Mexico National Guard, and I was one of the soldiers on the border under Bush and Obama. So I’ve seen the immigration firsthand and how bad it is.

CALLER: But the reason I’m calling is I want to ask your opinion on something. I read an article yesterday on the president of El Salvador in Mexico City. He was talking to I think it was the president of Mexico or a few other people, and they asked him about the immigration crisis, and he said it’s not Trump’s fault; it’s our fault. I haven’t seen that in the media.

CALLER: I haven’t seen it in the newspapers, except for that one article.

RUSH: Yeah, exactly. So it may as well not have been said. “If the tree falls in the forest and there’s no one there,” that whole line. I think he’s right about it. And I know what he means. But he’s never gonna… Even if he put it into a megaphone, and the Drive-By Media was hearing him, they would ignore him.