RUSH: Back to the phones to Philadelphia. John, great to have you. Glad you waited. You’re next on the EIB Network. Hello.

CALLER: First fan! Welcome from the home of the greatest country on the planet, Philadelphia. So AOC, what is this crap about a toilet? Does she understand it’s an integrated system with the bowl and sink is on top of the tank and it’s all one? Every holding cell in the United States and most modern countries have this? That woman who she’s talking to had probably never seen one ’cause she comes from a Third World country. 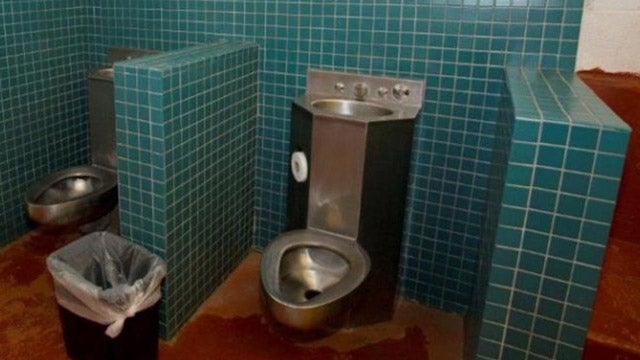 CALLER: I mean, obviously AOC doesn’t know because she’s never been out from behind the bar in her life.

RUSH: Wait a minute. No, no. What would Ocasio-Cortez not knowing about one-piece toilet’s…? How…? Walk me through what this means or how it discredits what she’s saying?

CALLER: Well, because she listened to somebody who (probably in broken English through a translator) said she’s drinking out of a toilet because someone told her, “The sink is on the toilet. It’s on top.” So the only conversation she can have, and it’s probably not a good translation for it, is that you drink from the toilet. But AOC doesn’t understand it.

RUSH: Oh. So you’re saying that the illegal immigrant is drinking out of the sink but thinks it’s the toilet because of translation problems?

CALLER: Correct. Every jail cell in America has that same integrated system. It’s —

CALLER: Every movie that shows jail cells has that same system in it. It’s just people don’t pay attention to it.

RUSH: All right. Okay. Let me use my memory here. I have seen TV shows with toilets in prison cells. The toilet and the sink is one unit?

RUSH: It’s one, the toilet and the sink. So the sink’s above the toilet.

CALLER: The sink’s… You know, where the tank typically is, the top portion of that tank is made into a faucet and a little bowl for a sink.

RUSH: Oh, okay! Okay! So that would look like — to somebody who doesn’t know what they’re talking about — they’re drinking out of the toilet, which the equivalent of the sink or the tank. Okay! I get it. I knew she was an idiot.

RUSH: I’m gonna show you real quick on the Dittocam here what this contraption looked like. There it is. That’s a combination sink-toilet that your average illegal might think that they’re drinking out of the toilet, and Ocasio-Cortez probably wouldn’t know the difference. That’s obviously what has gone on here. 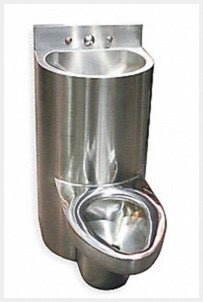 RUSH: Throw the picture of the Unisink toilet back on the Dittocam. There are variations of this theme. Some of them are angled, but this… If you’re watching on the Dittocam, this is what the previous caller was talking about. This is a combo all-in-one unit designed to save space and also to provide less opportunity for violence, potential weapons. It’s a combo sink and toilet. If you’re not watching here, imagine a cylinder from the floor to about the height of your average sink, and then jutting out from that cylinder at the bottom is the toilet on which you would sit, and it’s all one piece.

So as you’re at the sink, you would have to straddle the toilet. So you bring somebody in from Mexico, Guatemala, El Salvador, who maybe has not seen one of these things, and it all looks like a toilet. If you’re drinking water out of the sink, you say, “Yeah, they made me drink out of that toilet thing in there,” and Ocasio-Cortez hears it, and (sobbing), “Oh my God! They’re making them drink out of the toilet! It’s horrible,” and it could be very simple. All anybody would have to do is look at we were these to fully understand how this can be blown fully out of context and lied about, which I have no doubt what is…

You know what’s gonna happen? This is gonna become chic. You’re gonna have elitists have their own versions of upscale models of this put in closets and in their homes and so forth because of this has happened now. This is what leftists do. They turn these things that the disadvantaged and the oppressed use, and to show solidarity with them they upgrade them and manufacture their own luxury version of it and put it in their own home. And then it becomes some kind of avant-garde art that somebody says, “Yeah, I saw it once in an Andy Warhol painting.”

And then we’re all off and running on a big legend. But don’t be surprised. Don’t be surprised some great new designer comes up with an elite version of this thing so that compassionate liberals can use it to show their solidarity. What is the…? It goes right along with starving children that the Republicans were doing in ’95, and with purposely polluting the skies and purposely not sanitizing the water that they themselves would breathe and drink, and now this.