RUSH: We haven’t gotten to the polling data yet because there’s nothing to it rather than just an interesting snapshot. Although, it is fascinating. The bottom has fallen out for Mayor Pete with African-Americans. Now, in one poll — and I don’t have both of them in front of me — Joe Biden has seen the bottom fall out. In another poll he hasn’t. In another poll Bite Me is holding on. There’s a couple of hit pieces today on Kamala Harris and how she went low. (impression) “She went really unfair, Joe’s a good guy, everybody loves Joe, he’s a great guy, doesn’t mean anybody any harm. She took a calculated low blow hit, and it’s backfiring on her.” A couple people are starting to write about this. Other people think that she was great and needs to pile it on. David “Rodham” Gergen’s out there saying that Joe Biden needs to do a race speech now like Obama did.

This is such a crock. You know, you listen to these conventional wisdom insiders. So somebody has… You know, Kamala Harris comes out, makes this allegation about Biden being a racist even though he’s probably not. Now he’s gotta go do a race speech! And make no mistake, Gergen is representing the media, not some think tank when he does this. So now Biden’s gotta go do a race speech like Obama because all of a sudden… Joe Biden’s 77 years old. Nobody has ever called him a racist. And if it sounds like I’m defending Biden here, I’m not, I’m really not. I’m making another point.

Nobody has ever called Biden a racist, not seriously. He wouldn’t have been on the ticket with Obama if anybody ever thought that he was a racist. It only pops up because Biden puts his foot in the mouth trying to demonstrate how he can work with everybody, he mentions these two segregationists; so here comes Kamala Harris with her hit piece in the debate. And now people that have known Joe Biden for all of his, what, 55 adult years in Washington, now claim he has to go do a race speech, when nobody’s ever thought he was a racist.

Now, Obama had to go do one because his preacher was out there saying God blank America, screw America, the chickens are coming home to roost. Obama’s preacher hated America, and Obama wouldn’t denounce the preacher. And then Obama went out and denounced his own white grandmother as a typical white person, saying she didn’t like black people. So he had some explaining to do. Biden doesn’t have any explaining to do. He’s not faced lifetime charges of racism. (impression) “Here comes David ‘Rodham’ Gergen, he needs to go out and do a race speech.” For who? Depending on which poll you look at, Plugs hasn’t been hurt by any of this yet.

Now, there is… I wish I could remember the name of the poll. And it doesn’t matter right now, because they’re six of one, half dozen of the other, but there are two polls on Biden. Both of them are credible. One says that he’s still hanging out and people say they don’t know how, and the other says he’s taking a big hit here. And he is down in this poll. Mayor Pete raised $24 million in one quarter. Everybody’s going, (impression) “Wow, Mayor Pete.” Then the news came out that Trump raised 105 million. (impression) “Oh, no. What happened to Mayor Pete?” Then Mayor Pete had the big problem in South Bend, and now people in South Bend are demanding that Mayor Pete resign the presidential race. 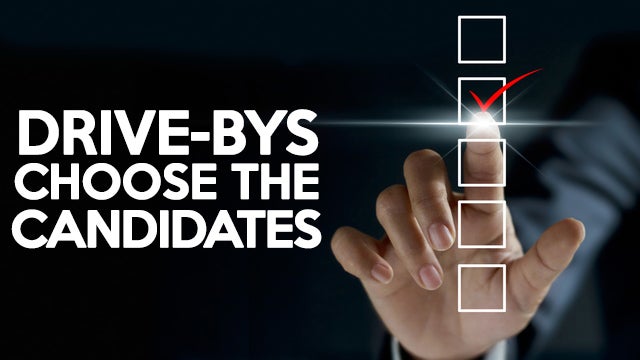 I’ve got a couple hit pieces on Kamala Harris out there for being too opportunistic and going after Biden when she previously said that she never would. It’s just Democrats being democrats. Mayor Pete, by the way, has made the pilgrimage to the Reverend Jackson. He says more black people ought to become cops. (impression) “I wouldn’t have the problem in South Bend if there were more black cops. There’s not much I can do.” So he goes and tells the Reverend Jackson, (impression) “We need more black cops.” Reverend Jackson says, (impression) “Well, it’s hard to do that when our game here is that the cops are shooting black people. We can’t have a bunch of black cops that blow up that narrative.”

Watching these Democrats in action, folks, on the one hand, it’s comical as it can be and it’s fun. On the other hand, it is deadly serious consequences. This piece about Kamala Harris is in Politico. I mean, you got a hit piece, you’re a Democrat running for the presidency and Politico takes a swipe at you, it’s a significant thing.