RUSH: You know, this is a little inside baseball, but I want to mention this. Showtime, the cable network, has been promoting out the wazoo this miniseries they’re running called The Loudest Voice in the Room, and it is about the tyrannical reign at Fox News of Roger Ailes, and Russell Crowe stars at Roger Ailes. When I first heard that this was in production, I told everybody I knew, “This is gonna be a bomb. This thing is gonna flop. It doesn’t have a prayer!” “Why do you think that?” I said, “This is easy.” “Well, then come on; tell us why,” and I didn’t tell ’em why. 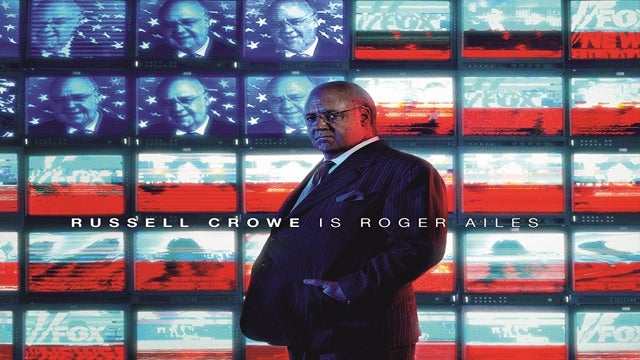 I said, “No, you just wait. I could have told the Showtime people, ‘I don’t know what you people think you’re doing, but this thing is gonna flop on you. It’s gonna bomb,’ and it’s not hard to know why.” “Why? Why won’t you tell us?” “Because it’s so simple, everybody ought to be able to figure it out!” Anyway, the first episode aired Sunday night. I think it follows a new Showtime show called City on a Hill with Kevin Bacon. By the way, watch that in advance. Kevin Bacon is excellent in this show. I just have to tell you he’s excellent in this show.

The media was driving itself crazy! They hated Ailes. They hated Fox News. They couldn’t beat Ailes. They couldn’t beat Fox News. Ailes got George H. W. Bush elected in 1988. He revived Nixon’s career. They hated him! They despised Roger Ailes because he beat them every time he went up against them. So they start trying to categorize Fox News as the home of racism and bigotry and all this stuff, and the sexual harassment stuff came up. Folks, it’s a great example of what I constantly tell you. They think…

Particularly in the American media, but also in the Democrat Party, they think that because they think something, that everybody does. Because they’re interested in something, everybody is. Because they hate somebody, everybody does. Roger Ailes wasn’t on camera. Roger Ailes created a culture at Fox News — and this is a difficult thing to do. You have a broadcast entity that’s gonna be on the air every hour of every day, every year — and no matter when you tune in, you’re gonna get what you expect. Do you know how hard that is to create?

It would be like me having my three hours here and then having to fill the other 21 hours with people that you would think are mirror images of me or at least within the same general region. It’s a very difficult thing to do, particularly when you aren’t on camera. But you are directing, you are producing, you are influencing, you are mentoring, you are instructing. It is an incredible thing, and they could not beat him. CNN, MSNBC never, ever got close. The culture that Ailes built survives his death. They still can’t get anywhere near it, and so what do they do? 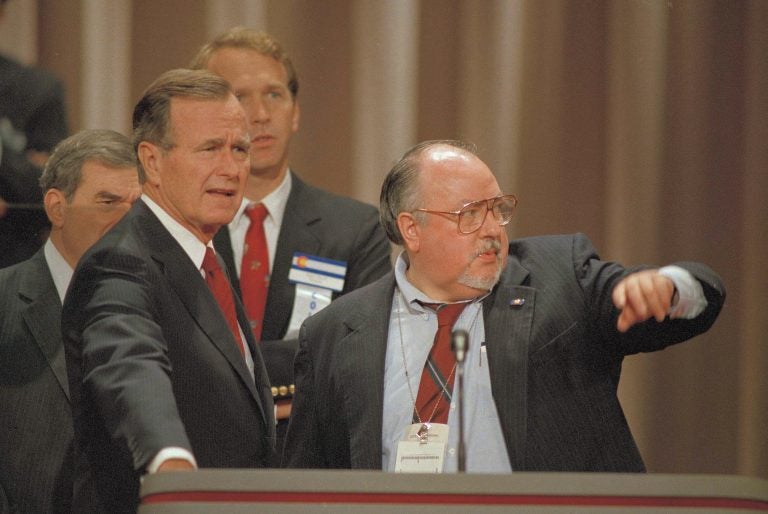 They claim, “Fox isn’t real news. Fox isn’t legitimate. Fox isn’t this; Fox isn’t that.” It’s everything they can’t be, including a winner. Fox News, when it started, had the same problems getting advertisers because the advertising agency buyers are all liberals in the basements of the agencies refusing to send money to Fox in the form of advertising, trying to hurt it. He had to find a way around that. (We found it. Ahem!) But as far as…

Okay. So they run the story. “Roger Ailes this Roger Ailes that. Wow!” They think the whole of the country’s population is outraged over Roger Ailes. They think the whole country hates Fox News (chuckles), despite the fact that they can’t touch it. To me, folks, it is an indication of how out of touch they really are. Despite the fact that they look like they’re the majority, they look like they represent the majority, they don’t. They’re out of touch. They couldn’t stop Trump!

They still can’t stop Trump. No matter how hard they try, no matter what they throw at him, they can’t stop Trump, despite their belief that everybody hates him like they do. But obviously they don’t, and obviously very few people hated Roger Ailes. Roger Ailes wasn’t on camera, in terms of the direct reason why people watch Fox News. Roger Ailes was like the brilliant Wizard of Oz, the man behind the curtain, the reason you do things and you don’t even know he exists other than you see his name in the news.

He’s the guy that’s the real reason you watch, but you never know it, ’cause he’s not interested in that kind of credit. He wants his on-air talent to get the credit for drawing the audience, and they do! The people he put on the air drew the audience! His role was finding the right people and letting them be who they are. This is not complicated. This is Media 101. It’s Marketing 101. When you go to watch a Disney movie (let’s say, Avengers: Endgame) are you sitting there thinking, “Wow, this Bob Iger is great”?

Some of you say, “Who’s Bob Iger?” He’s the CEO of Disney. Does that matter to you? Who cares? Other people in business care. A lot of people would love to be Bob Iger. A lot of people out there think they can do it better than Bob Iger. But nobody is. Bob Iger runs Disney. Bob Iger runs ESPN. When ESPN does something controversial, are you out there cursing Bob Iger? No! You’re cursing whoever you see do it — and, if somebody in management speaks up, you get mad at them. The point is… This is what’s different about Apple, by the way.

Apple, one of the largest corporations in America, is still seen by its ardent fans as a startup that’s run by one mercurial guy, Steve Jobs — or was — and now they think it’s run by Tim Cook! When, in fact, it never was totally run by one guy. It’s always been a collaboration of great people in all kinds of great things. It’s just the way people choose to market themselves and to present themselves. But when it comes to Showtime… What do they think they’re accomplishing here?

Okay, so they’re gonna run a hit piece on Roger Ailes after he has passed away. They’re gonna run this hit piece; put it on Showtime. For what purpose? Why? What would they possibly hoping to accomplish? Is this supposed to kill Fox News? ‘Cause if so, it won’t. It’s senseless. It’s absolutely senseless, and if anybody at Showtime… There should have been somebody there who should have known that this was gonna bomb, and maybe they did and didn’t care. Like CNN apparently doesn’t care that most people don’t watch it.

Apparently, CNN is not alarmed over the fact that their audience can be put in a thimble, ’cause they don’t do anything to change it. And they’re out there giving themselves awards for who knows what. But they’re getting awards, announcing awards. The people who win, the people who are number one, the people who are on top? They don’t get any recognition at all. They get ripped to shreds. They get tarnished. They get destroyed, even after they’ve died and can’t defend themselves — and, even after they’re dead, the left can’t beat ’em.

Even after they pass away, the left cannot defeat what Ailes started and what he assembled, what he put together — and they think they’re gonna do that with a miniseries on Showtime at 10 o’clock on Sunday nights? The Loudest Voice in the Room. The guy wasn’t even on camera! So what? We are supposed to now hate CEOs of conservative media networks? Is that the new target? This is senseless. Even if this thing was getting good ratings — which it doesn’t stand a chance of doing. Even if it did, what would be the point? (impression) “Well, we want people to know!”

“What do you want them to know?” “Well, we want people to know how rotten conservatives are! We want them to know how mean, and we want them to know how…” “Really? And that’s gonna help you do what? You’ve been saying that about us for as long as I’ve been one.” These people are sick. You know, when you get right down to it, they’re just sick and they’re perverted. They have no sense of things, and, if they didn’t have a couple of other things in place backing them up…

If they had to literally make it on their own, like without constant media support, media amplification, what have you — that they don’t pay for. If they didn’t have that, who knows where half of these people would end up and where they would be. Be they politicians, be they actors or actresses, be they executives in the “C circle” of the management empire. And then the people that go out and really do it, the people who go out and are in the arena and win and dominate? What happens? They get impugned and besmirched.

They end up being lied about. They get destroyed. They get the hit piece after hit piece treatment. For what purpose? What was the objective? Now, the guy that wrote the book on which the miniseries is based made some money writing the book, and his objective was to destroy the reputation of Roger Ailes. But how many people read the book? Showtime should have said, “Okay, how many people actually read this? Forget who bought it because that can be arranged. How many read this book?

“How many people actually care what your point of view on this is?” The answer is, “Not very many at all,” and it’s not Ailes’ fault. It’s to his credit that a movie made about him bombs, because it’s a hit piece movie. This stuff, this is what… You know, the disconnect that these people have with what people in this think, what they’re really interested in, how they really live… I mean, the left is so disconnected from that, especially the ones in Washington.

But even in Hollywood. They are so disconnected from the reality of the lives people live in this country.