RUSH: Now, there’s another bit of Supreme Court news out there today, folks. 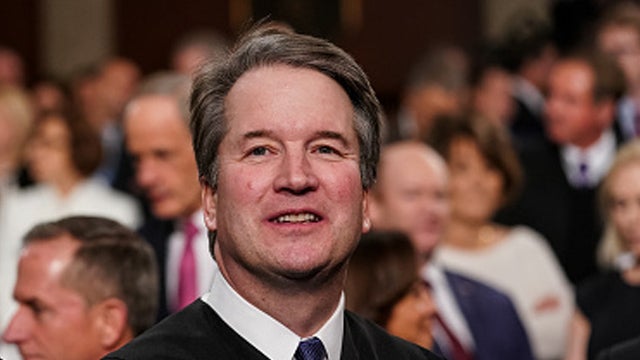 I know I’m a naturally funny guy, but… (interruption) No, they took the job. They all said, “I’ll take the job.” None of them were, apparently, afraid of Justice Kavanaugh. None of them apparently called Blasey Ford and asked, “Is it safe to work for this guy? You know, is that rape train story true?” They didn’t ask that. They just showed up and they took the job, as Clarence “Frogman” Henry took the job when I offered it to him to be the musical entertainment at the Rush to Excellence Tour.

Anyway, the additional statistic is that when the court reconvenes in October, it means that for the first time a majority of the clerks throughout the entire Supreme Court will be women. Which (chuckling), if I really wanted to goose the feminists, what could I say? “It takes a man for women to advance.” That’s what I would say if I was trying to goose them! I didn’t say it. That’s what I would say. I would point out that for these women to get hired, it took a guy doing it.

It took a guy hiring ’em, for women to advance at that degree at the Supreme Court — and, of all guys, it took Kavanaugh, the guy that Blasey Ford said hated women, was unqualified because of what he had done to women. I mean, the irony here is great, and, if I wanted to goose Gloria Steinem and the hen club, I could come out with that observation. I didn’t come out with that observation. I said I could say it. It’s a very, very important distinction — and they think I’m on the ledge today!