RUSH: We gotta get to the audio sound bites here because there’s a lot of news in them. Let’s start here, number 7. Nia-Malika Henderson Wednesday night on CNN. Everybody was a fill-in host on the Wednesday before the Fourth of July. So whoever it was said to Nia-Malika — she’s their national senior political reporter extraordinaire, Nia-Malika Henderson.

“There was a reaction from right-wing media that was swift and very severe to reports that the citizenship question would not be on the census. In fact, some conservative commentators called it one of the biggest legal defeats of the Trump presidency -” this is when the Supreme Court punted the issue back to the lower courts. “Is this tweet that they’re still moving forward -” Trump tweeted to hell with this. We’re gonna put the question on the census “– is this tweet the president’s knee-jerk reaction to save face amongst a conservative critique?”

HENDERSON: Absolutely. I think that’s right. I mean, those are the folks he listens to, whether it’s Fox News, whether it’s Rush Limbaugh. And so, yeah, you see him there reacting to what was seen as a real defeat. And it really was a defeat, for Wilbur Ross on the DOJ to come out and essentially say, you know, we give this one up. We’re gonna stop this fight and go forward with this census form that doesn’t include this citizenship question. I do wonder that even if the citizenship question doesn’t end up on there, all of this kind of conversation around it could in fact do what they want to do, which is sort of depress the counting among folks who might be afraid of answering the census question. 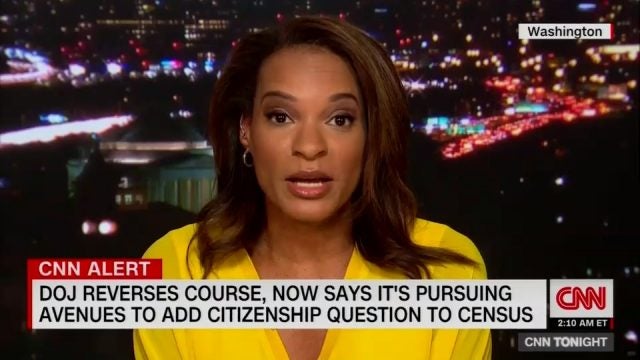 RUSH: First thing, did you notice at the beginning of the sound bite, “Whether it’s Fox News, whether it’s Rush Limbaugh,” or blah, blah, blah, blah. When it came time to mention my name, it was time to shout it. You know the real question here? Who took the citizenship question off the census and why? That’s the question. The idea that it’s controversial to put it back on, wrongo!

And I’ll tell you who took it off. Barack Hussein O eliminated the citizenship question from the census. And the real pregunta is why? Well, we all know the “why.” The left is doing everything it can to increase the census by including illegal aliens in it. And if you put a citizenship question on there, you might depress or suppress the participation of the illegals. And the Democrats demand and require that the illegals participate in this. They want as many unproductive, dependent souls as they can get supposedly living legally in the United States.

The census to them is simply a vehicle for the distribution of wealth. And they also, of course, want to use it to help in the drawing of congressional districts and this kind of thing. But it’s really primarily about money. So her comment here, “I do wonder that even if the citizenship question doesn’t end up on there, all of this kind of conversation around it could in fact do what they want to do, which is sort of depress the counting among people who might be afraid of answering the census question.”

So what she’s saying is, she is in favor of illegals participating in the census and putting down, “Yep, live here. Yep, I’m in the country. Yep, I’m here” and be considered a legal resident of the country. That’s what she would prefer and all of her leftist buddies. And she thinks the controversy here is going to suppress people or depress people from even participating. But, again, this is a classic illustration of how we’re always on defense or way too often on defense. 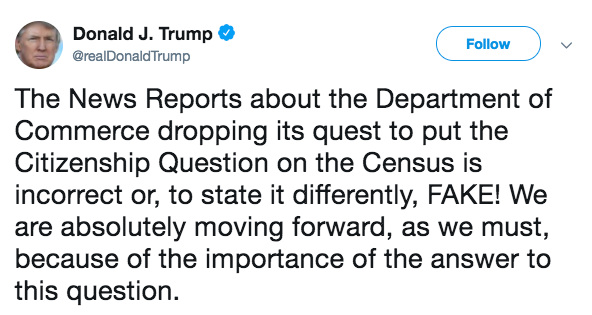 We get up every day we just want to have a good day, happy day, just get through the day here. And every day we have to respond and react to some wacko idea they’re putting forward. We want a citizenship question on the census like it’s been. It was removed because they took it off for political reasons. Now somehow wanting to add it back makes us the racists and the bigots and the controversial types when in fact the question needs to be asked, why’d you people get rid of it in the first place? Because that’s where the answer to all of this lies.