RUSH: France is going to introduce an eco-tax of up to 18 pounds. That’s about 16 bucks, $16.19 on all tickets for flights leaving the country. The French are gonna tax you when you leave. They announced that I think today. Transport Minister Élisabeth Borne told a news conference that they think they’re gonna raise about 180 million euros on this.

And you know what they’re gonna do with it? They’re calling it an eco-tax. This is the Green New Deal being implemented in France. This is wacko environmentalism. This is a variation of a carbon tax. And this little Macron guy is implementing it in France. They expect it to raise 180 million euros a year, which it won’t but because it never does.

It will I think start in 2020 to give people time to build up to this. You know what they’re gonna use the money for? To help finance daily transport, notably rail in the country. So they’re going to raise prices on air travel to fund improvements in rail.

Now, the Europeans and the left love trains. They just love ’em because they’re a throwback to the old days and they think they’re economically clean, environmentally clean. The new tax will range from — I’m gonna Anglicize this — a buck 50 for short haul flights, up to $18 for long haul journeys in business class. 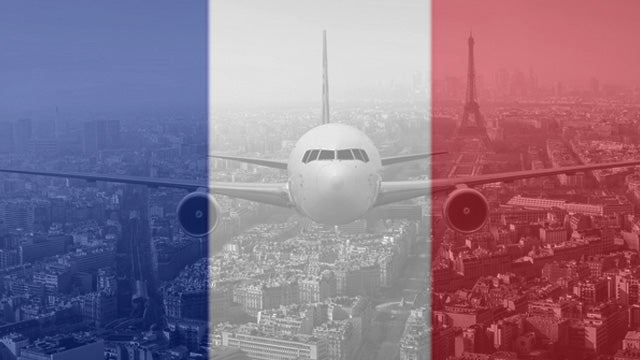 “The move comes amid an escalating planetary climate emergency which is disproportionally being caused by the tiny percentage of people who use planes for transport.”

So the people who leave France are gonna be penalized for leaving France on airplanes, but they’re not gonna apply this specifically to climate change. They’re gonna do it to modernize their railway system, which is fine, they can do what they want with it.

I think it’s so much BS. If you want to raise taxes, raise taxes. If you want to fix the train system — but to tie this to somehow a moral issue of saving the planet. “A new study suggests the overall effects of flying could be far more damaging to the climate than first thought.” Well, if that’s true, don’t tax flying. Ban it! This thing always — you know, people going after the Big Tobacco companies. Tobacco kills. Ban cigarettes!

If you tax ’em left and right, you’re just putting strain on the poor people that buy cigarettes. You’re building up a black market in ’em. Just ban them. Oh, no, can’t ban ’em. You know why? Tax revenue. Do you know what the majority of sales tax from tobacco products revenue is used for? Children’s health care programs in America. Government children’s health care, primarily funded by tobacco taxes.