Mona Charen Advises Dems on How to Woo Never Trumpers

RUSH: Mona Charen, who is former National Review, may still be there, I don’t know, has written a piece in Politico. She’s a Never Trumper, very famous conservative writer. “How a Democrat Can Win Over a Never-Trumper.”

She has a piece in Politico advising Democrats how to get the votes of Never Trumpers because the most important thing for conservatism and for America is getting rid of Donald Trump. She knows how to do it. She says the Democrats can win with the Never Trumpers. I don’t think there’s more than 25 or 30 of these people in the intellectual sphere. There may be more. 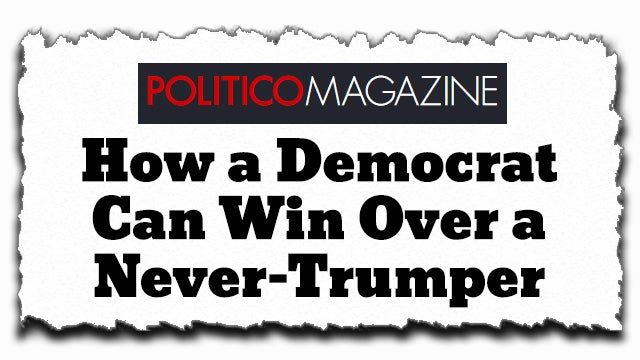 But, anyway, we’ll go through some of this and I’ll let you decide whether her advice to the Democrats — Mona, why do you need to tell them how to get — it sounds like you’re ready to vote for ’em whatever they’re doing. You’re gonna vote for ’em simply because they’re not Trump, so why do they need to do anything to get your vote?

So what’s this piece really about? This piece is to tell Democrats how to win, because the Never Trumpers know they can’t do it by themselves. They can’t get rid of Trump. They’ve tried. They’re at their wits’ end. So the only hope is to tell the Democrats — and I guess the theory is that if they can convince the Democrats to go out and win Never Trumper Republicans, that the Democrats can broaden their base and actually win. So I will run this by you and let you react to it if you want.

RUSH: Mona Charen: “How a Democrat Can Win Over a Never-Trumper.” Now, again, Mona Charen is a conservative — well, she would think of herself as a conservative writer, National Review, syndicated columnist, has written books. And a very, very proud, very, very energetic, shall we say, very, very involved Never Trumper, despises Donald Trump. Despite the fact that much of what she has devoted her life, issues-wise, to implementing, despite seeing many of those things implemented, she hates him.

She’s not alone. There are several of these types, these conservative literary intellectuals who simply are repulsed by Trump and his personality and his mannerisms, his way of speaking, his existence. And she wants to get rid of Trump. It is the most important thing in the world, not just to her, but to every conservative Republican Never Trumper.

So she has written a piece in Politico advising the Democrats how to get her vote in order to beat Trump.

RUSH: So Mona, there’s only 22 of ’em now, not 23. “You are itching to be rid of Donald Trump. Who can blame you? Of course, if this were a normal Republican presidency, I would not share your feelings. Not remotely. As a lifelong conservative,” she writes here, Mona Charen, “I think your policy ideas are ill-advised.”

Mona, I’m sure you’re making ’em quake in their boots out there with that line. Imagine you’re Alexandria Ocasio-Cortez and you’re reading this column and you read, “I think your policy ideas are ill-advised.” Hey, can somebody pour me another pina colada real quick? I need to finish this. Mona, they’re not quaking in their boots yet. Let’s see what’s left.

“But this cycle,” writes Mona Charen, “other Trump-disgusted Republicans and I can contemplate voting Democrat. We could do so not because we’ve become progressives, but because we think it’s in the long-term interests of conservatism and the country to be rid of Trump. If he gains a second term, conservatism may well be irredeemably tarnished. Still, much will depend upon whether the Democratic Party can resist its own drift toward Trumpiness. I’ll explain, but first, let me make the case that you should court Republican refugees like me in 2020.”

So if Trump gets elected, it’s the end up of conservatism. That’s not what’s going on here. I know exactly what’s gone on here, and I know why these Never Trumpers are feeling abandoned and unnecessary. Their lives no longer have meaning. People are no longer forking over $1,200 bucks to go hear ’em speak on cruise ships.

And then here comes this ogre right out of the ogre movie. Donald Trump gets elected, starts implementing conservatism! Maybe not even knowing it but still doing it. And here are people who have devoted their lives telling everybody that they are the only ones who can get it done because they’re the only ones that fully understand it, they’re the only ones with the contacts to make it happen. Here’s this ogre getting it done, and he’s never given a speech on a cruise ship in his life, after losing an election, by the way, is when those cruises happen.

Yeah, we go out and soak our sore feelings in whatever they serve us at the bar on the cruise ship and listening to all these bright intellectuals tell us how to win the next time. And then after we lose the next time we’ll head out to new cruise ship to a different part of the world and do it all over again. And then we’ll be asked to subscribe to a magazine that won’t change diddly-squat, and it’ll go broke and some other donor will come along like a fool and fund another one, and still nothing changes, and rinse and repeat for 25 or 30 years. 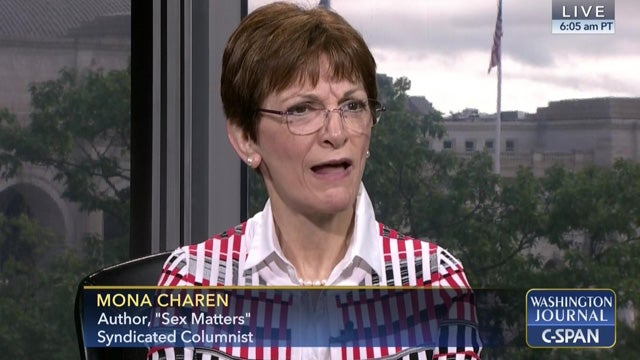 The ogre comes along, wins, starts implementing things, we’ve now got a roaring economy, we got low tax rates, we’ve got the lowest unemployment numbers in decades, and they want to get rid of the guy who did it because it’s embarrassing the way this guy talks. It’s embarrassing the way he looks. Who would ever comb their hair that way and color it orange? This is just not who we are. Besides, the guy doesn’t even drink. You can’t trust a guy that doesn’t drink. Every conservative intellectual has drinks: port wine, cigars in the war room after the speech on the cruise ship. It always happens. But Trump’s never there.

“While we’re on the subject of the midterms, remember that your 2018 victories were not a left-wing triumph. Your 40-seat pickup was due in no small measure to Republicans and independents who voted Democrat. In other words: Voters like me.”

So she’s admitting — Mona, really, seriously, with all due respect, why do you need to advise them on how to get your vote when you have already given it to them no matter what they do?