Thanks for Proving My Point, Bill Hemmer 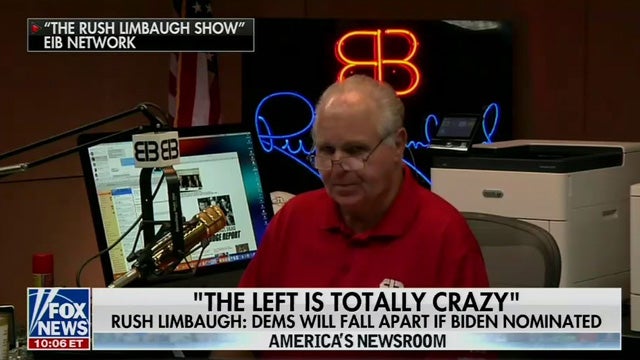 RUSH ARCHIVE: The left is totally crazy. They have been totally crazy for a long time. Too many people have looked at it as just a fringe minority that doesn’t pose any kind of really existential threat, and that’s just not accurate. They have been threatening and posing a threat for years. And there hasn’t been any pushback until Trump came along.

RUSH: Now, this is not a rip on Fox. It’s impossible to make the context. The context of that bite, that came within a multiminute monologue. And just to refresh your memory, to remind you, the purpose of the monologue, you know, we’ve got Marco Rubio’s tweet yesterday, we had the David Harsanyi piece at The Federalist, both basically the same: When did the left get so crazy? If this stuff ever gets mainstream, we’re gonna be in trouble.

Of course, I’ve been trying to warn people for 25 years. It is mainstream! When did this stuff get so crazy? Years ago! And there hasn’t been any pushback. Now, that was the context. I just didn’t come out of the blue and make those few sentences of a statement. Now, the crew, the panel that’s on this show is not aware of the context, so they listened to this bite that they think is self-contained with a front, center, and end. But it’s important to know the context. If you’re aware, as you were yesterday, that my point here is that this creepiness, this insanity, this lunacy is the reason Donald Trump was elected because the Republican Party hasn’t been pushing back.

Now people are starting to react to it and saying, “You know what? This stuff is getting pretty bad.” So that’s the context of it. So we now go to a brief montage of response. And the first voice is Richard Fowler, he’s got his own radio show. Who doesn’t these days? But I think he’s a former DNC activist or something. And note that he doesn’t refute a single thing I said. All he does is attack me. 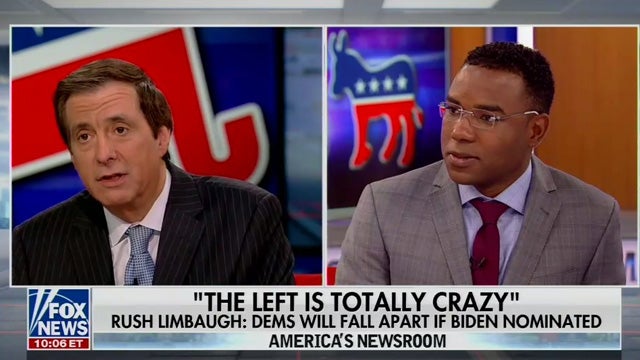 RICHARD FOWLER: I will just copy and paste everything Rush Limbaugh said about them and I’ll put it on him. He is the crazy right. Most people on the right do not ascribe to Rush Limbaugh’s beliefs or views or values, for that matter. So —

HOWIE KURTZ: He’s a very influential voice on the right and of course he has a lot of ammunition now in beating up on the left. There is no question that this Democratic presidential field has moved sharply to the left.

RUSH: It has moved so sharply to the left that we’ve got Bob Johnson of the Black Entertainment Network, the first African-American billionaire in the country, he got there before The Oprah did, at least according to Forbes. And he says the Democrat Party, in his opinion, has moved too far to the left. It has no hope of winning the presidency if any of these nominees get the gig.

“I think at the end of the day, if a Democrat is going to beat Trump, then that person, he or she, will have to move to the center, and you can’t wait too long to do that.” Even the first African-American billionaire, a Democrat, is washing his hands of the far-left fringe that has become the mainstream of the Democrat Party.

Well, after Howie Kurtz said what he said, you know what the remaining six minutes of this segment were? Examples of how Looney Tunes the left is, how crazy. Examples, story after story. So I’m watching this, and I sent Hemmer a note. I said, “You know, this is fascinating. You guys play this segment of me, you go to the Democrat who trashes me, does not refute a thing I say, then the rest of the segment you guys all make my point.” 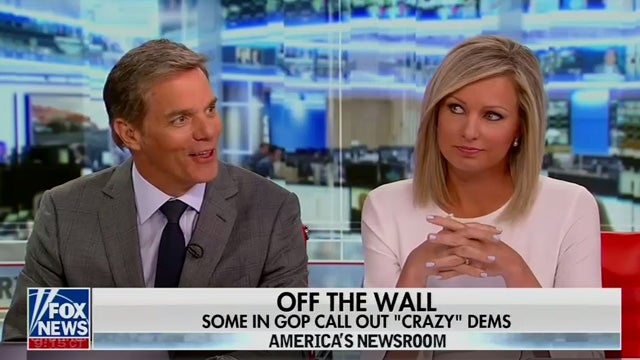 So Hemmer, he got the note and he read the note before the end of the segment — he can multitask — at the end of the segment Bill Hemmer said, “Haven’t we all essentially here made Limbaugh’s point?” On the air. It’s an illustration of how few people are really willing to go out there, walk the plank or whatever. To me it is patently obvious what is happening with the American left and has been for years. And we’ve been sounding the clarion call about it.

Now, it’s a good thing that some people are starting to see it now, but they’re acting like it’s new, it’s something brand-new, this new far-left extremism of the left, and it isn’t. Look at California. This has been happening out there since the late 1980s. And the push there continues, and they hope to use the model there to design the rest of the left’s takeover of this country. And they’re well into that effort. It’s not something that is new.

So I just wanted to point it out. I wanted to thank Hemmer, too, because I didn’t want to leave it up to anybody on that panel to figure out that they had just ended up making my point. They all started listing every single lunatic thing they could think of, things the Democrat presidential candidates are saying, all of the wacko efforts that are being made by the Green New Deal, all of this crazy, crazy stuff. So it was a good start to the day.