RUSH: Grab sound bites number 4 and 5. I want to share this with you. I mentioned earlier in the program, there was a hearing at the House Oversight and Reform Committee on child separation policy at the U.S.-Mexico border on Friday, and one of the witnesses was the former acting Immigration and Customs Enforcement Director, Thomas Homan, who is the epitome of a patriot. 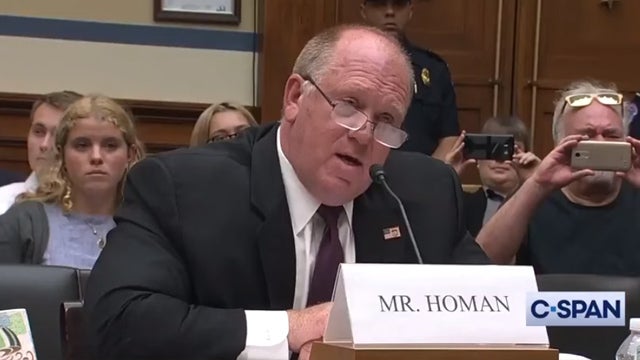 This guy has been defending ICE ever since people like Cortez and her Squad began to defame it. He’s a fixture on Fox News. And he pulls no punches. He loves this country. He very much appreciates his old job and the people who do it now. And he is resentful as he can be that he and his Border Patrol agents are now being compared to concentration camp guards, that they eagerly and excitedly separate children from their parents because that’s what America does, that’s one of the flaws, America needs to be fixed, Americans separate children from their families.

What an absolute crock! If you really think that, then you must hate this country. That’s not the policy. We’re not evil and devious in that way. Plus, we’re talking about people illegally here. We’re talking about people illegally seeking asylum. So it was time for Alexandria Ocasio-Cortez to do what she thought was going to humiliate and embarrass Thomas Homan. She says, “You provided the official recommendation to Secretary Nielsen for the United States to pursue family separation?”

HOMAN: I gave Secretary Nielsen numerous recommendations on how to secure the border and save lives.

OCASIO-CORTEZ: But it says here that you — you gave her numerous options, but the recommendation was option 3, family separation.

HOMAN: What I’m saying, this is not the only paper where we’ve given the secretary numerous options to secure the border and save lives.

HOMAN: The same as it is with every U.S. citizen, parent gets arrested when they’re with a child.

RUSH: (imitating Cortez) “What do you mean?” Well, if you’re driving along and you’ve got your crumb cruncher in the car and you’re arrested for speeding or mowing something down, guess what happens? You get separated from your kid after you get arrested. Alexandria Ocasio-Cortez is not quite sure what to make of this. She kept plodding.

OCASIO-CORTEZ: Zero tolerance was interpreted as the policy that separated children from their parents.

HOMAN: If I get arrested for a DUI and I have a young child in the car, I’m gonna be separated. When I was a police officer in New York and I arrested a father for domestic violence, I separated that father from his family.

OCASIO-CORTEZ: Mr. Homan, with all due respect, legal asylees are not charged with any crime.

HOMAN: When you enter the country illegally, it’s a violation 8 United States Code 1325.

HOMAN: If you want to seek asylum, go to the port of entry. Do it the legal way. The attorney general of the United States has made that clear. 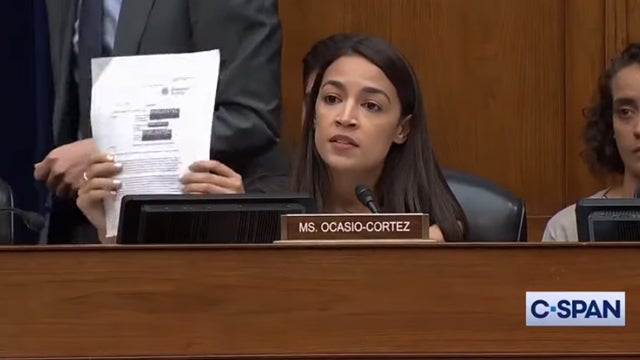 RUSH: He didn’t even raise his voice. He didn’t come out of his seat. There were a couple of times in the hearing where he did, but it was an icy illustration of the absolute phony concoction of a phony issue. You see now, this is something that Cortez and her Squad don’t get about America.

She believes in a gigantic, socialist-type government as compared to other people. It’s really not complicated. When you have people like this or any of the Hollywood elite or any of the Drive-By Media start accusing the Trump administration of separating children and putting them in cages, you may disagree with me on this, but I’m here to tell you that the majority of Americans know… Because they know their country and they know Trump, they know that isn’t true.

That’s not what we do. That’s not who we are. We do not put kids in cages. That does not happen in this country. We do not separate families for the fun of it! The majority of the American people know that we’re being overrun. There is an invasion of people attempting to get into this country illegally. It is they who are at fault, not us, not ICE, not the Border Patrol. A vast majority of American citizens know this, despite the efforts of the media to portray America as something that it isn’t and Trump as something that he isn’t and his administration as something that it isn’t.

It’s not what we do. What they’re trying to make people believe is that we do this all of a sudden and it is brand-new and it’s because Trump hates people, and then they splash the pictures all around of kids in cages, and they put out old pictures from the Obama administration say that they’re current pictures. They never report that this kind of thing happened in identical circumstances with the Obama administration and the Bush administration because this has been the policy of this country for years.

Fake asylum seeking is new because it’s a way around getting into the country illegally. This is a political operation. The storming of our border is a political operation organized and executed, funded by people in the United States for the express purpose of undermining the United States. President Trump knows it and is calling all of these people out on it — and that, you’re not supposed to do. You’re not supposed to openly disagree with the policies of minorities, the stated opinions of minorities or women.

That’s racism. That’s sexism. Automatically, in their book, you can’t do it. Trump is undeterred, doesn’t care. He’s highlighting by virtue of all this who these people really are. The one thing that you can’t do, is you cannot convince a majority of Americans that we are this evil, mean-spirited, anti-child country. There’s no evidence. It’s absurd. The effort these people are making to present this country in as poor and as bad a light as possible is what is offensive to countless millions. 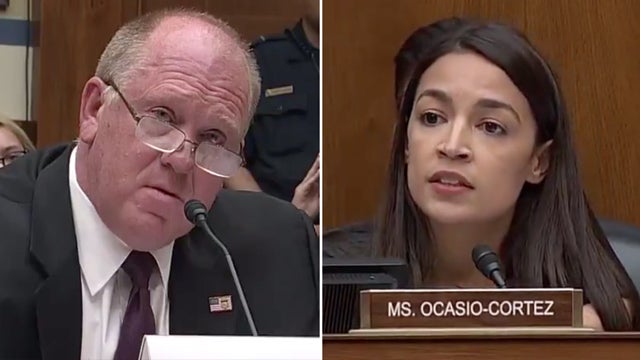 The fact that they are doing it alone is noticeable and is causing all kinds of people to react negatively to it. Rather than being succumbed into believing it, it’s having the exact opposite effect. There’s not a majority of Americans who think now that we are putting kids in cages. There’s not a majority of Americans who think that Trump is mean-spirited and hateful and was trying to do everything he can to punish these people. This is what the left wants you to think of your own country! This is the picture they’re trying to paint.

They’re not trying to paint a picture of a loving, compassionate country, because in their world, only they have love and only they have compassion — and there can’t be any of either when they aren’t in power. That’s why anybody who’s in power that’s not a Democrat, not a leftist, has no compassion, has no love, is filled with hate and bigotry. That’s the picture they paint, and people are fed up with it. They’re tired of seeing the flag disrespected, the national anthem disrespected. They’re tired of this new definition of patriotism, meaning a willingness to think your country sucks. They’re sick of it all.

Donald Trump’s not wrong to call these people out on it.