RUSH: I have people all over the place, “Rush, what is this all about? What is really going on here?” Sometimes the question disappoints me because I would hope that it would be obvious. I think it’s obvious to more and more people what’s going on here, but I will take the opportunity here to explain it in abbreviated form yet again. 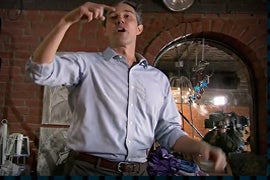 Beto O’Rourke was campaigning. He was campaigning in Nashville last week. And he’s got a bunch of supporters assembled. You know what he said to ’em? He said, “This country was founded on white supremacy, and every single structure that we have in this country still reflects the legacy of slavery and segregation and Jim Crow and suppression.”

What has happened is that a bunch of people have rolled the dice, and they’ve made the bet that the greatest way to political success in America is through the politics of grievance, rather than what we’ve always believed in, the good, old-fashioned American work ethic. Prepare, work hard, apply yourself, and the future is yours.

In direct contrast to that, the Democrat Party has cultivated an increasing number of people, like Beto O’Rourke here’s been telling people, “You don’t have a chance. This country’s so rigged against you, you don’t have a prayer, particularly if you’re a person of color, you haven’t got a chance. This is the most unjust, immoral, racist, slave dominated country that you could have ever immigrated to.”

They’ve made the bet, the Democrat Party politically has made the bet that they can put together a winning coalition of people who hate, fear, or otherwise have a grievance against this country. And that’s what the Democrats care about, of course, is winning. They don’t care about fixing any problem for their constituents. This is not about improving America, contrary to what they say. This is about tearing it down, ripping it apart, and then having the opportunity to put it back together as they want it to be. 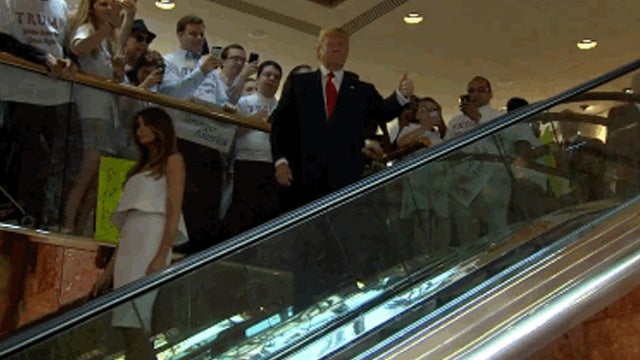 Here comes Donald Trump, and he is in their face. And, folks, I said on the air yesterday that I think one way to look at this is we are reliving that day in June when Trump came down the escalator and made his first comments about immigration and who the illegal immigrants are and what kind of problems they pose, and the reaction then was identical to what it is now.

We’re gonna have sound bites coming up later that will indicate to you that a bunch of Washington insiders do not think Donald Trump is smart enough to execute a strategy based on repeating that phenomenon. They don’t think Trump is smart enough to calculate any kind of a sophisticated political strategy. They think Donald Trump is just somebody that shoots from the hip and lets it land wherever it lands whether it’s on the wall or on the floor or in the toilet and he really doesn’t care, he just keeps firing.

The Washington elite, Republicans and Democrats both, still have not taken the time to try to figure Donald Trump out. They have created this caricature of him, and no matter what he does they plug him into that caricature. But in terms of policy, what’s really bugging them, Trump has used tariffs, forcing Mexico to send troops to its southern border to slow down the flow of illegals. I cannot impress upon you how much in the minds of Democrats the future of their party depends on open borders.

The Democrat Party needs a constant and growing number of people who are aggrieved, who are helpless, who cannot make it on their own and, more importantly, are not even going to try because they’ve been told, like all those people in the meeting with Beto O’Rourke, that the game is rigged, the deck is stacked and they haven’t a prayer because they have somehow ended up migrating to the biggest racist tragedy ever in humanity, the United States.

They want Antifa! They want civil disobedience. They want riots. They want constant public displays of people who hate America, are angry at America, and are ripping America apart, because they want that to be seen as the new majority in the country so that you will get dispirited and give up and quit. So Donald Trump, using tariffs, forces Mexico to act. Mexico has now sent troops to the southern border that they have with Guatemala to slow down the flow of illegals. That is not good!

They hate Trump. I cannot tell you. You’re not hearing this discussed in the media because the media wants to make this about imaginary personality things. Trump never said a word about race. Trump never said a word about anything racist or bigoted or anything of the like, but yet that’s how they want everybody to think of this. Well, there is a lot of substance behind why these people are losing their minds. Trump ordered all executive branch agencies to determine the number of citizens in the country, putting the citizenship question back in the census.

I’m telling you, it is! These are direct salvos right into the heart of the Democrat plans, the Democrat agenda. Trump approved a new asylum rule ordering asylum seekers that they have to seek asylum in the first safe country they enter. That would be Mexico. I’m telling you, the Democrats are not used to this kind of constant, in-your-face opposition. In their minds, they run the show. They won the House in 2018; they run the show. You know, you can repeat recent history. They’re ticked off Trump is still there. 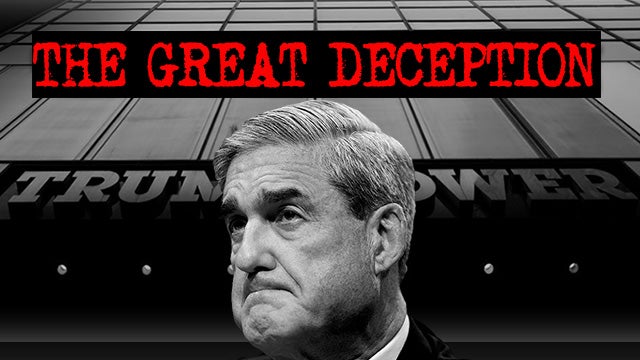 They thought they were gonna be rid of Trump before he was inaugurated. Then they thought Mueller was gonna get rid of Trump with this phony silent coup. By the way, Devin Nunes on Fox last night with a great point. You know, we’ve delayed the Mueller testimony by a week. Do you know what Devin Nunes thinks? He thinks that Mueller and his staff are coordinating with Democrats behind the scenes to have a Q&A that produces Mueller sound bites that reignite and re-propel the entire collusion narrative.

Ilhan Omar, this little ball of compressed hate for the United States of America — it’s the only accurate way to describe her. She said (and we’ve got the sound bites coming up) in a press conference, that the Mueller report found collusion between Trump and Russia. She’s out there blatantly lying about it. Many in the media are trying to perpetuate this lie. That’s why Mueller’s testimony is so desired. They want him to come up and say something that will reignite this whole thing, and erase from people’s memory the blockbuster report that there was no collusion.

The Democrats want to erase that. They want to go back, to relitigate it in time for the 2020 elections. The Democrat Party cannot win in the arena of ideas unless they flood the country with people who reject or are ignorant of the blessings of freedom and liberty. They could only win in the arena of ideas by repopulating this country with people who likewise resent it, hate it, or suffer some kind of grievance. There aren’t enough people… This is very crucial to understand right now.

There aren’t enough people in this country who vote, willing to make the Democrat anti-American program the majority of thought in America. It’s just not there. That’s another thing that ticks them off. They are not the majority. They don’t represent the majority of thinking in the country, and there aren’t enough American people who vote right now to propel the Democrats under that agenda. They still have to mask it and hide it when they’re not running in safe districts like they are in House races. So Trump’s fighting the Democrats on all fronts. 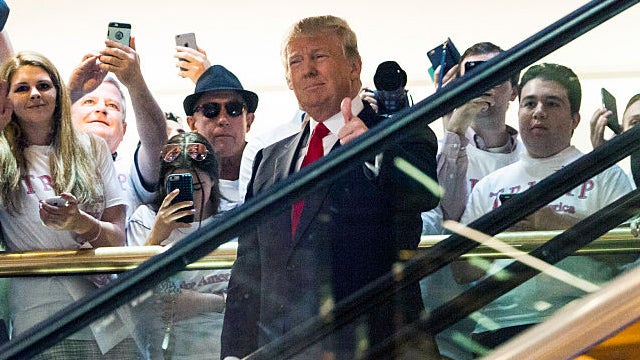 The Democrats are not used to it.

They’re not used to Republicans standing up and not turning to squish like Kasich and McCain have done and any number of others. Romney, you name it. They thought they could fix the election for Hillary — or, worst case, drive Trump out of office with a contrived collusion smear. That is not happening. I’m gonna take a break right now, a little early, because I’m gonna come back and we’re gonna start sound bites of the press conference from The Squad yesterday, because that needs to be the focus to put everything else that follows today in perspective.