RUSH: There’s also this story in the New York Daily News. Michelle Obama… By the way, don’t be surprised if she gets in the Democrat presidential primary race after the primaries. Don’t be surprised. I think the Obamas are looking at this as, “The primaries? That’s beneath us. We’re not gonna enter the primaries.” They’ll let these people fight it out, spend all their money, and then when it looks like none of them has a chance of beating Trump, here comes Michelle (My Belle) Obama at the latter moments of the campaign to jump into the fray and save the day for the Democrat Party. 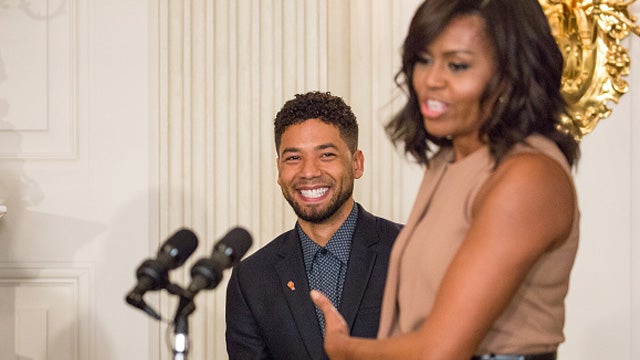 Do not be surprised if this happens. Headline, New York Daily News: “Michelle Obama Is ‘Most Admired’ Woman in the World, New Poll Says — According to a recent YouGov.com poll, which surveyed 42,000 people in 41 countries, the former First Lady topped the list as the ‘Most Admired Woman in the World.'” She even beat out her BFF, The Oprah. Now, what does this mean? Does it actually mean that Michelle Obama is the most admired woman in the world? Well, maybe. But it means to me that we are greatly lacking in female heroes, and that only leftist women are promoted in ways that would make people admire them. But, I mean, if this is the case, there must be a small pool of people out there to choose from.