RUSH: Here is Al in Dallas. Great to have you, Al. Welcome to the EIB Network.

CALLER: Well, it’s a pleasure to talk with you, Rush. A pleasure. 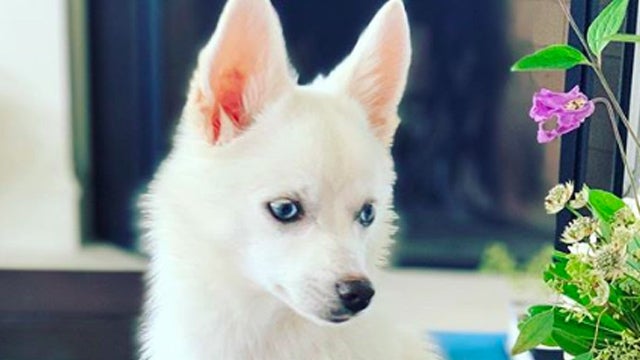 CALLER: I wanted to tell you two things, one about my grandson and your books. But first, thought I would help define a little bit for the young people what racism truly is. Racism is about excluding individuals based on their race. It’s about denying something from someone because of their race. To say that you think Koreans smell is not racist. It’s rude. To say to someone who’s Chinese that you don’t like their facial features is not racist.

It shows you are offensive, but not racist. To deny these same people access to something all other people have access to because they are Asian is racist. There’s a huge difference between being rude, prejudice, pejorative, impolite, offensive, uncouth, and being racist. I think that needs to be clear to young people, because they think that if you say, “Oh, I hate Italian food. I don’t like the Italian food,” it makes you a racist.

RUSH: Let me tell you something.

RUSH: Hang on a minute, Al. I appreciate what you’re saying, and I agree with you. He’s absolutely right about his definition of racism, and you can even take it further. But I have to share something with you here. I just saw this. Ivanka Trump just got her kids a new puppy. I think they went to a… It might be a rescue puppy, or they might have gone to a breeder. I’m not sure which. It looks like a Husky. The thing is, it’s a white-furred dog. It’s white with blue eyes. Twitter has blown up accusing the Trumps of being racist by getting a white dog.

I’m not kidding you! I’m not kidding you. I just had the thread sent to me. There are pictures of the dog with allegations that this proves Trump family racism. “They had to get a white dog, and one with blue eyes. Did you see that! They had to get a white dog.” We’re talking about fur, hair! We’re not even talking about skin. There is no such thing as a racist dog. What if they gone out and they got a black Lab? Would that have been okay? That would have shown they were not racist? So, Al, this is how far gone we are.

You can give the proper definition to a lot of things. The proper definition of socialism? They don’t know what that is. They don’t know what the real definition of communism is. Millennials today hear “socialist” and think that it means being social, being nice to people. Living in groups of people that treat each other fairly. That’s what think socialism is. They have no idea what it is. Same thing with racism. Racism now is any disagreement with somebody… By the way, the only people that can be racist in America today are white men.

(paraphrased) “African-Americans or women, Asian men or women, Injun men or women? It’s impossible for them to be racist ’cause they’re minorities. They don’t have any power to hurt anybody with their racism. The only people that are racist are white men — and, even further, white Christian men. White Christian gay men are excluded because they’re gay, and gays are a minority and therefore they can’t be racist.” It’s hideous, and it’s ridiculous. It ought to be… It should have become a joke by now, as frequently and as often as the Democrats are out there charging it. It’s lost whatever meaning it ever really had.

There are some genuinely rotten people out there who are racist, and there’s many proper definitions of the word. Now, Al was right that a lot of what is just rude and impolite behavior is being chalked up to racism. But racism, in its real form, is hideous. It believes in the inferiority of other human beings because of the way they look. It believes in the inferiority of people over things they have no control over. Real racism is despicable, it’s hideous, and it’s ugly — and this is what’s so outrageous.

They’re just charging that any white person’s existence today is racist, and it traces to the founding of the country. That’s what they’re saying. I mean, there are college courses now on what type of where white people are being forced to take it so that they’re being forced to understand their born-with, inbred racism. They’re being taught there’s nothing they can do about it, that they are inherently flawed in this way. The only thing they can do is constantly apologize and make amends at every turn. Well, what we’re talking about here is not racism.

And the racism that’s properly defined, there isn’t that much of it. That’s the real thing that irritates me. When you start talking about actual, real racism, the Democrats want you to believe it’s everywhere, and that it exists solely in one political camp: The Republican camp. Barack Obama was one of the biggest racists you can believe. Racism is also the active attempt to divide people on their human differences. I’ll tell you: Trayvon Martin was the first episode where Obama sought to divide.

(impression) “If I had a son, that’s what he’d look like!” So Obama basically said his son had been murdered. By who? A “white Hispanic.” The only “white Hispanic” known to exist in all of humanity: George Zimmerman. They ought to put Zimmerman in a museum. He’s the only “white Hispanic” anybody has ever seen! He was dubbed that by (who was it?) the New York Times. And then, of course, Ferguson, Missouri. Every such opportunity — Baltimore, Ferguson, Trayvon Martin — the Obama administration was right in there with Eric Holder driving the bulldozer doing everything they could to divide people by virtue of race.

These people really should be ashamed of themselves for what they’re doing and the damage they are causing, and it’s all for the sake of the quest for power.