RUSH: By the way, I asked, “Where’s Clapper?” CNN went and found him. This show gets results, folks. I asked in the first hour, where’s Clapper, where’s Brennan, where’s Comey? CNN went to the mothballs and they got Clapper just moments ago on CNN. Wait ’til you hear this.

Here’s the question from Brianna Keilar. This woman loved Hillary, by the way. She said, “I want to talk about Robert Mueller’s testimony on the Hill yesterday. The former special counsel. You know him, Mr. Clapper. You’ve worked professionally with him in past years very often. He didn’t have the command of the contents of the report that I think people were expecting. He kind of let a lot of people down yesterday. It was quite a surprising day. What do you make of that?” 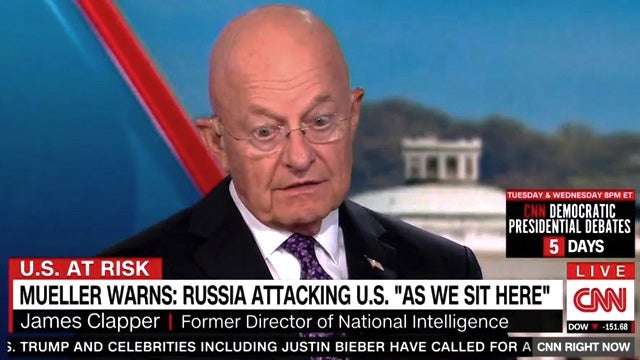 CLAPPER: It might have been better had the House Intelligence Committee session gone first, which dealt with the Russian interference, which I think is something he is both passionate about and knows about more. And it did seem as though he warmed up as the day wore on. On Bob Mueller’s passion scale that was pretty passionate about, uh, uh, the Russian interference. And I, I’ve been harping on that from the get-go since I left the government about the profound threat Russia poses to our basic system. Given the magnitude of their interference in the 2016 election, which eclipsed anything in our history. Sure, they’ve interfered before, but not on the scale they did. They’re going to continue to do it.

RUSH: It’s just an out-and-out lie! They cannot even produce any evidence for this. You see how this narrative keeps going? Hey, Clapper, this all happened during the Obama administration. None of this happened while Trump was in office. All of this Russian hacking and interference that you’re so upset about, it happened with you in power. Nobody remembers to remind these people of that.

Clapper’s sitting there trying to make you think that all this Russian stuff happened when Trump came on the scene, and they’re talking about how massive it was and how ongoing it was, how passionate Mueller is about stopping it. It all happened during the Obama years! It happened in 2015. It happened in 2016. The election was November 2016.

All this stuff had to happen when Obama was in the White House, and Clapper was Director of National Intelligence and Brennan was at the CIA. I’m sorry, folks. I’m reaching my limit. This really ticks me off. “I’ve been harping on this Russian interference. Bob is really passionate about it.” Bob wasn’t passionate about anything yesterday. Bob barely knew where he was yesterday.

By the way, this guy, Bob has testified before Congress 60 times in his life. It ought to be like getting up and getting a glass of water in terms of pressure. There ought to be none. (imitating Clapper) “I’ve been harping on that from the get go since I left the government, about the profound threat Russia poses to our amazing system and given the magnitude of their interference and the 2016 election which eclipsed anything in our history.” 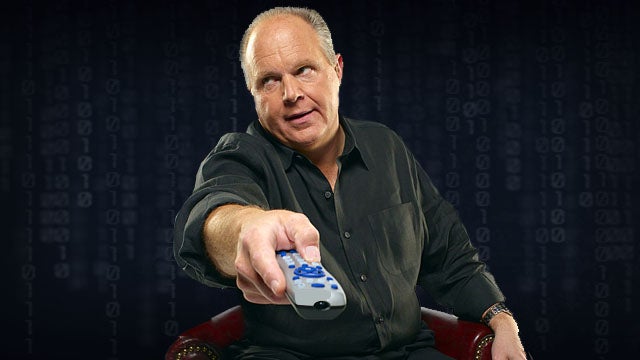 Mr. Clapper, your boss, Barack Obama, said in October 2018 it would be impossible to rig a presidential election. We played the sound bite earlier today, and yet they persist with this lie that there’s ongoing, massive Russian interference, really bad out there, eclipsed anything in our history. It had happened while you were in charge, and you didn’t stop it, and you didn’t tell Trump it was happening to his campaign.

You tried to entrap him by planting potential Russian agents in his campaign. And they get away with continuing to lie and spread this disinformation about massive Russian interference, and yet not a damned one of them apparently did or has done anything to stop whatever it is.