RUSH: Rahm Emanuel, the former Chicago mayor — the former chief of staff for Barack Hussein O, The One — a former chief lieutenant of the Clintons, has actually come out and he is distressed to no end over the direction of his party.  When I saw this story, I almost — I almost — was tempted to steal his idea without giving him credit.  And then, of course, my own virtue and morality stepped in and said, “Rush, that’s something you just don’t do.”

So here is the story.  This guy, Rahm Emanuel, is devastated.  He thinks the Democrats are committing one of the biggest cases of political suicide he’s ever witnessed.  He thinks that they are headed for one of the biggest landslide defeats in history, and he’s beside himself over it, and the reason is twofold:  Twitter and free health care for everybody, including illegal immigrants.  Let me give you a pull quote from the story: 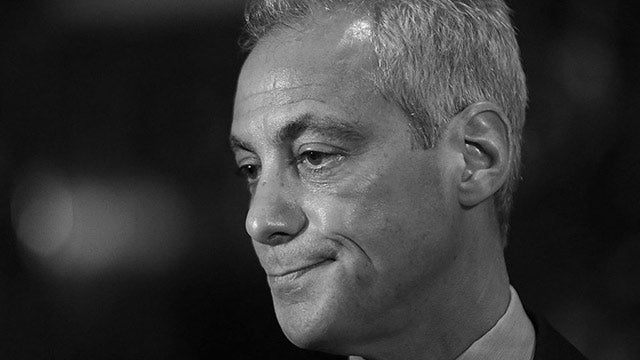 This all comes from a memo that Rahm Emanuel wrote aimed at all of the 2020 Democrat presidential candidates, “urging them to go beyond Twitter in delivering a message that resonates with the American people.”  This is what I almost stole, because this has been a pet peeve of mine, and those of you who have been regular listeners here know it.  This whole business of Twitter becoming a stand-in for popular American opinion has been grating on me for I can’t tell you how long.

I, for one, am fed up when a story happens, an event happens, and then the next thing you hear is that Twitter blew up or the internet blew up or that something went viral, as though it means the entire country is reacting to it, when it’s no more the case than it ever has been the case.  What’s happened where journalism is concerned, Twitter has become a stand-in for actually leaving the office and going out and interviewing people to find out what they think.

Twitter has replaced the fax machine as the number one instrument of laziness in journalism.  The worst part about it is that Twitter is a sewer.  It is a repository for anonymous extremism insanity and lunacy, and yet it has become the stand-in for popular American opinion!  So a journalist will write a story on what a reprobate Trump is and how everybody hates Trump, and the evidence will come from sample tweets from people nobody ever heard of, as though they represent — those three or four tweets in a story represent — the majority of public opinion.

When there’s no way to scientifically document that or prove it.  There literally is no way.  But since Twitter is a built-in assistant for left-wing journalism, it gets used more and more.  It becomes more prominent in every story every day.  It becomes a bigger factor in public opinion.  So the media uses it to buttress their own polling data.  They use it to buttress their own point of view.  They’ll come out with some radical point of view about something and back it up with two or three tweets, and the story is done.

Rahm Emanuel has his own problem with Twitter, and it is who’s on it and the fact that he thinks the Democrat Party also believes that Twitter is America, and he doesn’t believe that it is. “Former Democrat Chicago Mayor Rahm Emanuel penned a memo aimed at all of the 2020 Democrat presidential hopefuls, urging them to go beyond Twitter in delivering a message that resonates with the American people.”

There’s another aspect of Twitter that bothers him: The likes and all of the so-called responses.  He thinks what the Democrats are doing is programming themselves to Twitter rather than American voters.  They come out and they make a policy position statement, or they just make a statement, period; then they go to Twitter looking for the reaction to it.  They go to Twitter counting how many people liked it, how many people retweeted it — and if they get a lot of likes and a lot of retweets, they think they’ve hit a home run.

Rahm Emanuel realizes that Twitter does not represent anywhere near the American voting public, and particularly when you boil it down to registered and likely voters. Twitter is nowhere close to being a stand-in for American public opinion or popular thought.  But Democrats believe that most of their voters are on Twitter, and they believe that most of the extremism and lunacy and insanity on Twitter has to be accommodated. You have to reach it. You have to fire those people up.

And he believes that this is one of the reasons these people have gone so wacko and extreme, is that they’re playing to Twitter.  And, by the way, do you know they’re trying to get Trump thrown off of Twitter because his tweets on Baltimore violate Twitter standards?  They’ve actually petitioned Twitter and Jack Dorsey to get Trump thrown off Twitter.  Now, if Twitter ever got rid of Trump, how much of their business would they be tossing?

But the Democrats are trying to get Trump disqualified from Twitter because he violates decency standards or some such thing.  Moving back to Rahm Emanuel’s note.  “‘There’s a reason Trump gleefully tweeted “That’s the end of that race!” during the first debate: Too often, you succumbed to chasing plaudits on Twitter, which closed the door on swing voters in Wisconsin, Michigan, Pennsylvania, and Ohio,’ Emanuel wrote…”

He is dead-on right about this.  He is dead-on right.  I actually am hesitant to mention this because I think it’s the greatest thing in the world these people don’t realize — as much as it irritates me to read that Twitter blew up or that the internet blew up or that something somewhere on YouTube or Twitter went viral.  It’s one of the biggest misconceptions out there.  Something goes viral, everybody thinks, “Wow.  Everybody saw it! Hey, Rush, it might have gotten four million retweets!”

A lot of it is bots!  I hope they don’t figure it out.  I hope they keep playing to Twitter.  And one of the reasons I decided to mention this is they will always do the exact opposite of what I say, so if I criticize Twitter, they will love Twitter.  If I blame them for believing in Twitter and misusing Twitter, they will double down on their belief in Twitter just to disagree with me.  Same way they react to Trump — and then he came out with the killer line.

“Before our party promises health care coverage to undocumented immigrants,” illegals, before we start doing that, “let’s help the more than 30 million Americans who are a single illness away from financial ruin.”  I’ll add to it:  Why in the world should those people be paying for the free health care for undocumented, illegal aliens and immigrants?  Rahm Emanuel, in this case, is kind of like E. F. Hutton: When he speaks, you’d better listen.