Elijah Cummings Himself Used the Word “Infested” to Describe Baltimore — 20 Years Ago!

And also we dredged this up from the Grooveyard of Forgotten Sound Bites. This is August of 1999. So this would be 20 years ago. Does it seem possible? Twenty years ago. Do you realize tomorrow is the 31st anniversary of the EIB Network? You don’t have anything special planned, do you? Nobody does anything special for 31. 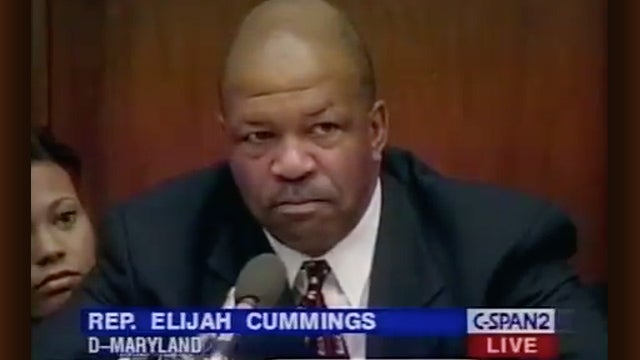 So 20 years ago on Capitol Hill during a House of Representatives government reform subcommittee hearing on U.S. drug fighting efforts in Colombia, we have the following little nine-second blurb from none other than ranking member the Congressional Black Caucasians, Elijah Cummings.

CUMMINGS: This morning I left my community of Baltimore, a drug-infested area. This is only 40 miles away from here.

RUSH: Wait. What? He just called Baltimore, he represents, a “drug-infested” area? That makes Elijah Cummings a racist. We could go back to the past, we’re always going back finding people’s previous tweets and emails. Well, here, “infestation,” he used the word “infested,” you’re a racist. Talking about his own town 20 years ago.

RUSH: By the way, just to show I wasn’t making it up, grab sound bite number 3. We have a media montage here insisting that infest, infestation, infested, is a racist word — and remember that Elijah Cummings used it 20 years ago.

APRIL RYAN: (outdoor noise) Let’s talk about the word “infested” when it was used against our Jewish brothers and sisters during the Holocaust.

KIRSTEN POWERS: (outdoor noise) The infestation, the way he talks about black and brown people — they’re going to infest us; they’re going to somehow contaminate us — it is racist language.

ERIN BURNETT: “Infest” is a loaded word throughout history.

RASHAD ROBINSON: This is not as much of a dog whistle as is a[n] all-out bullhorn.

BRITTNEY COOPER: This is both an overt call and a dog whistle.

NICK MOSBY: No longer is this like a dog whistle! I mean, he’s blaring sirens basically saying that he is a racist. You know, when you use terms like “vermin” for a city like Baltimore.

VICTOR BLACKWELL: When he tweets about “infestation,” it’s about black and brown people. 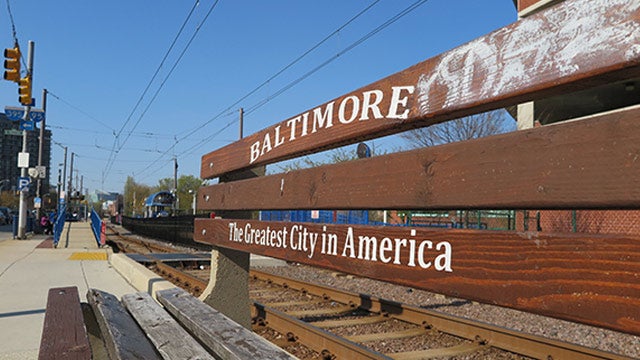 RUSH: We had a caller yesterday who make a brilliant point. If you hear the words “infested” or “infestation” and “vermin,” and you think “racist,” then you’re the racist. When did this happen? When did this definition of “vermin” become racist? When did using the word “infestation” become racist? It isn’t, except to these people. These people are the racists. The racists are the people in the media and the people on the left who are out there accusing everybody else of being racist. It’s finally gotten to our old buddy Brit Hume. I don’t think he can handle it anymore.

Last night on Fox News, Sandra Smith said to him, “The media are saying the word infest, infestation, is racist.”

HUME: Sandra, for Pete’s sake he’s talking about animals! He’s talking about rodents! He isn’t talking about people. Look, we cannot possibly be at a place now in America where you cannot criticize the condition of somebody’s congressional district who happens to be African-American without being accused of racism. You know, for a long time if you were critical of someone who was of darker skin color — uh, black or brown — you were accused of racism. Now you’re talking about the rodents in their districts and that’s racism. My own view of that is it’s positively absurd. 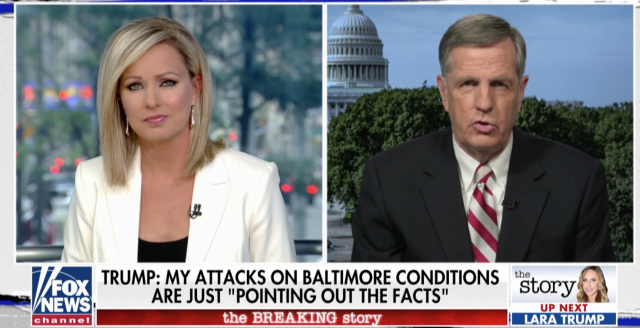 This is just one of the many things that people are livid about, that there hasn’t been any pushback. Now we know that the Washington establishment finally has people that have reached their limit on this. But people out there — people outside Washington, people who make this country work — have been fed up with hearing in the media and from every Democrat that talks that they’re racist for the last 20 years! We’re fed up with it! We’re tired of it! It’s become a rote recitation. It’s not even a reasoned accusation anymore. It’s just something they throw out.

And what? The people inside Washington haven’t noticed it until now? Well, thankfully they have, but they’re in shocked disbelief that this is even happening. Well, we’ve been here for a long time — and I’ll tell you one of the reasons why we’re here and have been here for a long time. It is because the revered and the beloved Republican establishment shook their head and laughed when we tried to warn them that the culture was on fire, under assault, and that all of us were being marginalized in this way.

“No, no, no,” they said. “There’s no crisis! No, no, no. That’s a bit extremist in your reaction. No, no, no, no, no,” because they couldn’t possibly believe that anybody would think they (you know, conservatives, Republicans in Washington), “Nobody could think that we’re racist.” But now you see it is starting to be said about them. So it’s okay if you and I are called racist. It’s okay if your friends across the country are called racists.

As long as the Republican establishment types in Washington are not called racist, then there’s no problem. But now this allegation has crossed the border and it’s now inside the Beltway and every Republican is a racist just by virtue of his or her existence? Now they’re fed up with it. Now they’re saying, “You can’t tell me… I can’t believe that we’ve arrived at a point where…” Hey, for many of us, we’ve been at that point for years.