RUSH: Hey, Brian, switch that picture of Mayor Pete over to the Dittocam. We got time to do this, the next 30 seconds. Mayor Pete, look at that. The right side picture, Mayor Pete had a smudge above his right eyebrow last night. And it was big enough for people to notice it. He didn’t wipe it off. 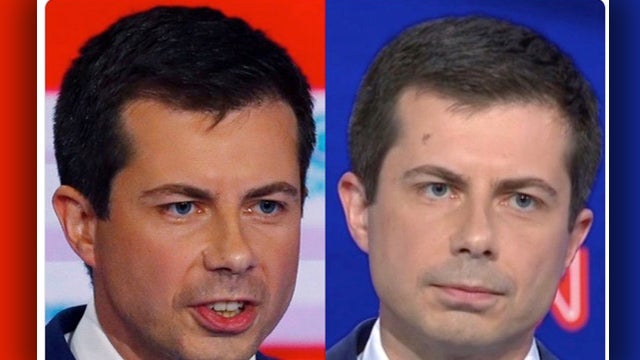 And it has been revealed today Mayor Pete Buttigieg revealed that the smudge on his head was a smashed bug, a smashed insect. He didn’t want to draw attention to it by wiping it off. That’s what the distraction was. It’s not an acne pimple or zit.