RUSH: Frank Luntz was on Fox after my appearance on Hannity last night. Grab audio sound bite number nine. This is what Frank Luntz had to say. He was on with Laura Ingraham. You know, Frank is a consultant. You may not know this, but a lot of CEOs hire Frank Luntz to come out and tell ’em about marketing strategy and advertising strategy and stuff. Frank goes. He puts his tennis shoes on and goes out there and talks to ’em, and he was reporting to Laura Ingraham’s question on what he’s been telling these CEOs about what he’s been hearing from the Democrats during this campaign. 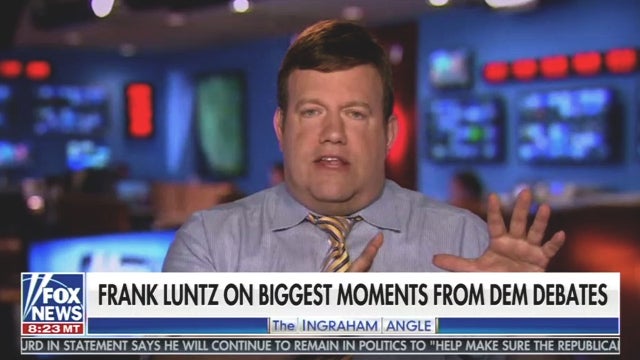 LUNTZ: — and they’ve got the base of the Democratic Party absolutely behind them.

Frank’s been on the scene since 1992. That’s about when I met Frank. You know, he used to run around with Kasich. He and Kasich were inseparable. When Kasich was running for the House and got elected and was one of the freshman class movers and shakers in 1994, they were constantly getting together on message. Now Kasich’s gone the way of Venerable Bede but still out there appearing on CNN. My point… That’s why I played the Charlie Rose sound bite from 1992 yesterday.

My point is, they’re not really significantly worse than they were in 1992. It’s just that nobody believed ’em in 1992. In 1992, everybody was laughing at the things they were saying and concluding, “Nobody’s gonna believe this! Nobody’s gonna follow that. Nobody’s gonna sign on to the wild extremism in their environmental policy.” Look, Ted Danson and his crowd were running around saying back then, “We’ve only got 10 years, or we’re toast,” and everybody was laughing.

“He doesn’t really mean it. Nobody is going to believe it.” My point was that they were who they are today 25 years ago. Now, I think the only thing that’s really changed is that their camouflage has come down a little bit. They’ve always been radical. That’s always been my calling card. That’s always been the Cleghorn here, to point out these people are radical leftists who do not like this country as founded. Now they’re happening to demonstrate it so that everybody notices it, but it’s always been who they are.