Excerpts from a Killer’s Manifesto — on Climate Change

“Well, Rush, we can’t beat ’em at all, man. We gotta get rid of Sarah Palin. The media is destroying her.” Where is defending Sarah Palin? Would you ever think about that? Did you ever think about defending Sarah Palin to people who might have the wrong idea? “No, Rush, I can’t do that. We just gotta dump her. We gotta get somebody in there the media can’t destroy.” Well, I’m sorry, but that’s defense for life, and that’s never gonna win anything.

White nationalism, white supremacy, and it doesn’t exist in any meaningful, substantive form that would have any relationship to politics. None whatsoever. But yet Charlottesville and a Trump rally, responsible for all of this? Meanwhile, these are the people that are out there literally scaring young people to death, that there isn’t gonna be a planet by the time they reach middle-age.

Let me read from a manifesto. “The decimation of the environment is creating a massive burden for future generations. Corporations are heading the destruction of our environment by shamelessly overharvesting resources. Fresh water is being polluted from farming and oil drilling operations. Consumer culture is creating thousands of tons of unnecessary plastic waste and electronic waste. And recycling to help slow this down is almost nonexistent.”

Paul Ehrlich’s book back in the seventies, The Population Bomb, predicted that by now we’d all be dead, and he is still a guru. He’s a Stanford professor, still a guru to the left. The manifesto continues. “If we can get rid of enough people, then our way of life can become more sustainable.” Sustainable. There it is. This is from a manifesto of one of the shooters.

It sounds like this kid has bought it all hook, line, and sinker, to me. That there are too many people, that corporations are rotten, that we’re destroying the planet with plastics and oil, and we’ve got to start killing people if the rest of us are gonna survive. Somebody point me to where Donald Trump has gotten anywhere near thinking like this or any of us. 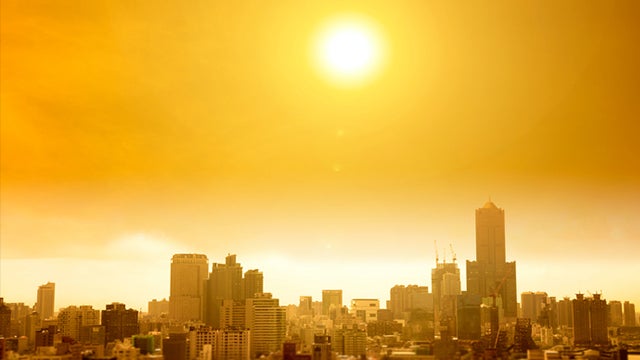 We’re the ones who reject this. We’re the ones trying to talk sense into people about this. This manifesto is toxic across every subject that it touches. Now, a question: This manifesto is filled with Democrat talking points. You can see it. If you take the time to read it, it’s filled with Democrat talking points. Does that make the shooter a conscious, purposeful Democrat?

No! No! It doesn’t. It makes the shooter something else that has to be dealt with along the lines I described in the first hour. While all this is going on, Democrats are out practicing their time-honored demagoguery for the advancement of their political agenda. And I don’t know about you, but it’s worn me out. Not to the point of not talking. Don’t misunderstand. I’m never gonna stop letting them get away with it, don’t misunderstand. It’s just time it stopped.

SIDNER:  The manifesto makes very clear that he wants anti-immigration policy. Uh, that he is anti-Hispanic. Um, and that’s targeting the government as well.  So that — that all fits into the terrorism framework! We should also talk about all of the things and where all this is all going on, where this is all being posted, what is fueling some of this.  To be perfectly frank, some of the words he used — like “invasion” — the president of the United States has used over and over. 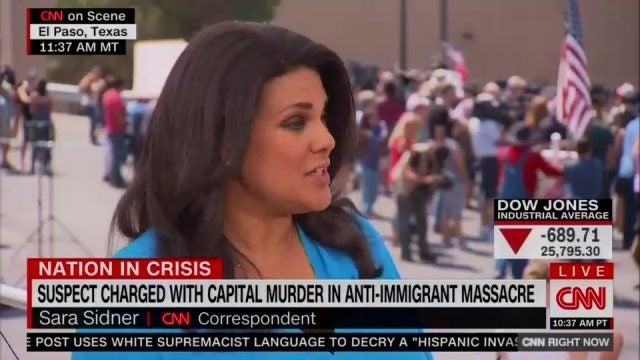 RUSH:  All right.  “Invasion.”  President Trump is by no means the only person who has referred to this invasion at the southern border as “an invasion.”  So what!  Now let me read to you the portion of the manifesto I read to you that Sara Sidner and CNN didn’t.  Here’s an excerpt:  “The decimation of the environment is creating a massive burden for future generations.”  By the way, this El Paso guy disavowed Trump anyway.  He’s not a Trumpist, and he made it plain that he’s not.  But never mind!

“The decimation of the environment is creating a massive burden for future generations.  Corporations are sowing the destruction of our environment by shamelessly overharvesting resources. Fresh waters are being polluted from farming and oil drilling operations. Consumer culture is creating thousands of tons of unnecessary plastic waste and electronic waste, and recycling to help slow this down is almost nonexistent.”  Now, who the hell does that sound like?  It sounds like every damn Democrat in the world on climate change, does it not?

It sounds like every climate change activist out there.  Did CNN read you that portion?  Nope!  They read you some business about invasion at the southern bored and say, “Why, some of the words he used — like ‘invasion’ — the president of the United States has used over and over.”  Okay.  Why not read to us the pro-climate change oddball portions of this manifesto and say, “The word sounds suspiciously like those we heard last week at the Democrat candidates’ debate?”

Of course, CNN is it not gonna do that.  It’s left to people like me to do this.