RUSH: New York Daily News, headline:  “More Than 20% of Millennials Claim to Have No Friends, Says a New Poll.”  No new friends, no old friends, and no friends.  Twenty percent of Millennials claim to have no friends.  What are they doing?  Where are they doing it?  It takes me back to social media, and this really… My point here on social media is rooted to last week when some discussion came up of Russia collusion and all that.

I opined that my great concern is not Russia and interfering in the elections, meddling in the elections.  The Russians have shown that whatever they did had no impact whatsoever.  And as Barack Obama has stated, it would be impossible to tamper with our elections the way the Russians are said to have tampered.  Voting machines, tampering with the vote count, they couldn’t do it.  But are there other ways?  And to get me into this. “Former Google…” It’s a headline. “Former Google Engineer Says Google Will Try to Prevent Trump’s Reelection.” 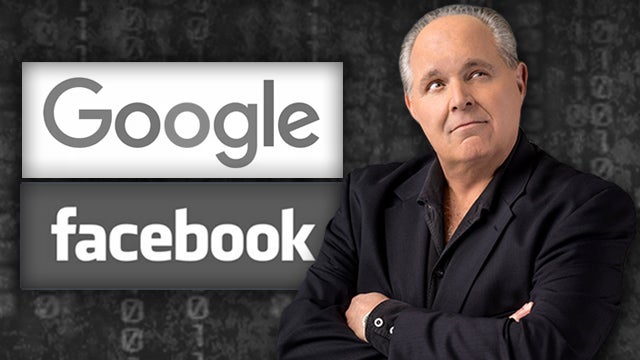 Now, this, to me, is worth paying attention to.  Here are the details: Friday on Tucker Carlson’s Fox show, “Google engineer Kevin Cernekee argued there was political bias” at Google. “Cernekee claimed to have been bullied and ultimately fired for his right-wing beliefs. However, Cernekee said it was his view that Google would attempt to thwart President Donald Trump’s re-election in 2020.”   Now, without going into details how they’re gonna do that… Well, here’s what he said. He said, “I think that’s a major threat. They have openly stated that they think 2016 was a mistake. They thought Trump should have lost in 2016.

“They really want Trump to lose in 2020. That’s [Google’s] agenda. They have very biased people running every level of the company. They have quite a bit of control over the political process. That’s something we should really worry about.”  He’s exactly right, and what he’s talking about when he said they were very disappointed, is there is a video of Sergey Brin and Sundar Pichai (the CEO) having a staff meeting with the upper-tier of executives at Google on the Friday after the election in 2016, and they’re all shell-shocked.

Sergey Brin, one of the cofounders, is at the podium talking about (summarized), “Well, this is the last thing we thought was gonna happen.  This is the last thing that we wanted to happen,” and asking, “What are we gonna do to fix this?”  They were personally — personally, not corporately, folks! This was a meeting where they were personally affected by this!  They were personally devastated by this!  It wasn’t gonna have any impact on Google’s business.  It wasn’t gonna be pro or con Google’s business.  This is purely personal with these people, and I think that everybody needs to be focused on that. This is not just Google’s advertising and Facebook selling advertising and Cambridge Analytica and all that.

I think it’s a far, far bigger threat that Google and Facebook pose because the threat is that they pose is largely invisible. They’re not on the front lines. Google is not out manning phone banks. They’re not running around town registering voters per se. What they are doing is engaging in constant human manipulation. And I think this is a situation that we’re on the verge of seeing become reality.

Now, we’ve all heard the stories about how Google and Facebook are censoring conservative content. Whole websites, whole blogospheres, individuals, and then an individual tweet. I had a friend who simply clicked on a link to the website the Gateway Pundit and Facebook sent them a warning saying that this is a dangerous site. You should monitor this site. We will be monitoring this site. You should restrict your usage of this website. Gateway Pundit. It’s a conservative blog and website that is no threat to Google or anybody. These companies are getting into the credit card business. That means they’re getting into banking.

Now, in China — let me go at this with Google and the ChiComs. Google operates in China. The same thing as they operate here. There’s a search engine in China, Google. The ChiCom government has told Google what it must censor if it wants to do business there. Google happily and readily agreed to tailor its search results to the demands of the ChiCom government. Why? Because I think they have a greater compatibility with the ChiCom government than they do with the Trump administration.

Now, the Google employee says that Google is gonna try to defeat Trump. Eric Schmidt, who was the CEO at the time when Obama was in the White House, met with Obama I don’t know how many times. Google practically had a satellite office in the West Wing, as they shared their technical expertise with the Obama administration and related campaign offices.

But here’s the danger, folks. I mean, cutting to the chase here. Google is acting, in the United States, in an identical way that they are acting in China. The difference is that Google is practicing the censorship in the United States; the ChiComs are demanding that they exhibit it in China, and they’re happily and readily agreeing to it. 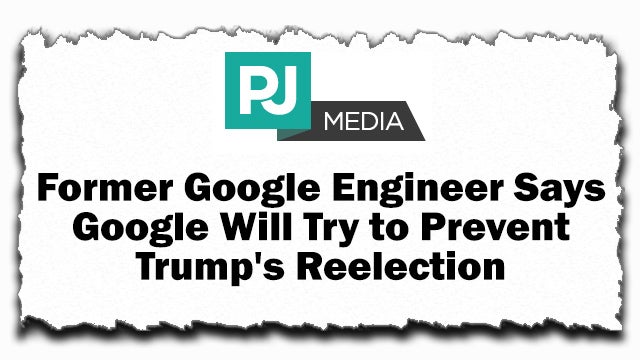 And what if Google can? What if Google can use its power social media-wise to marginalize and to make invisible any of the people protesting the Google approved president? On the other hand, let’s say we have a non-Google approved president or non-Facebook approved, like Trump, what happens when Google is able to, or Facebook, is able to mobilize, manipulate, marginalize, or cause to take action a greater number of people in the country than elected leaders can?

Well, I’ll tell you what’s gonna happen. The elected leaders will then kowtow to Google because it will be plain as day to them that they have less power than Google has. And if they want to survive — and I don’t mean stay alive, I mean, if they want to survive politically, they will have to kowtow to Google. This is a far greater potential problem than anything the Russians pose. 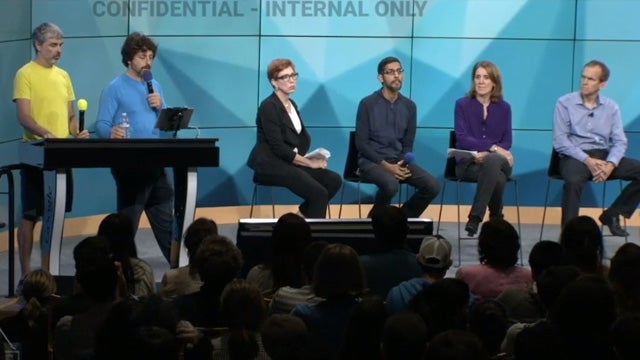 But you unleash something like this, which it has been, it has been unleashed. It’s just a question of how big does it get and how free is it to censor and discriminate, but more importantly, join forces with any political movement it chooses to advance that political movement’s agenda. “Well, Rush, that’s no different than any lobbying group lobbying for big corporations to do it and so forth.” No, but it is. There isn’t a big corporation out there that has the reach, penetration of a Facebook or a Google, that has the ability to punish or to reward or to manipulate.

But put another way, I think people in power whether they are elected in a free society such as ours or people in power in a communist regime, when any of those people actively begin to fear that that social media apparatus has more power leading the people of a country than the elected leaders do, then look out. That’s when elected leaders then kowtow. ‘Cause everybody will kowtow to power at some point or another.