RUSH: Grab sound bite number 3. This is CNN New Day today. CNN was shamed into reporting the truth about the left-wing views of the Dayton shooter.

They sent a reporter to Dayton whose name is Polo Sandoval. Polo Sandoval, they’ve sent to Dayton, Ohio, to basically find out what I told everybody yesterday. All you have to do is look at this guy’s Twitter feed and you find out he’s a left-wing radical wacko. But, see, that didn’t fit the media narrative. (impression) “No, no! This guy, like El Paso, this guy’s a rock-ribbed conservative white supremacist, white nationalist.” 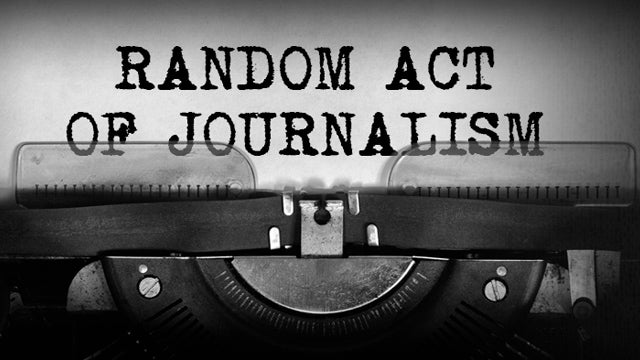 Then they send somebody out there to find out about this guy, and they find out that he believes everything CNN believes. So John Berman this morning on CNN talking to CNN Correspondent Polo Sandoval about the Dayton shooter’s political views, and Berman says, “So we’re learning new details about the gunman there through his high school classmates and also through social media. So tell us, Polo Sandoval, what is it you have learned?”

SANDOVAL: That Twitter account was the suspended by Twitter on Sunday evening, really just after that shooting. Though when you look at that, it seems to be that it likely belonged to the actual suspect himself. This account contained extreme left-wing posts. It was anti-police, pro-Antifa. Retweets that it included as well. In the bio line, it actually had the phrase — I’m quoting this — “I’m going to hell and I’m not come back.” This new information is coming as we continue to hear from some of the gunman’s former high school mates who say they were told by school officials nearly a decade ago that they were on not only a hate but also a rape list. 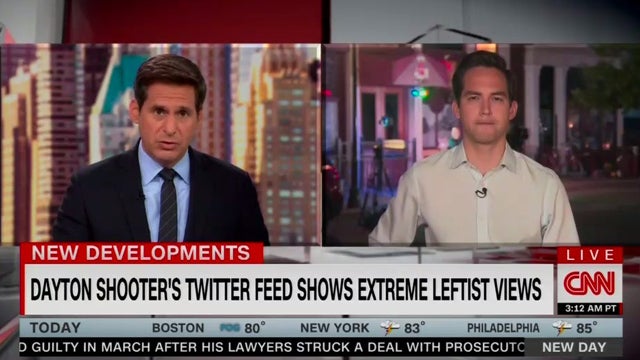 RUSH: Oh, he had a rape list? Ooh. Ooh. And the guy was anti-police, pro-Antifa, extreme left-wing posts. Why, that goes flat-out against everything CNN has been telling their viewers. Now, next up, Kellyanne Conway was on Fox & Friends today with Brian Kilmeade, who said, “Is the president locked into visiting El Paso and Dayton on Wednesday? Can’t get out of it, gotta go now?”

CONWAY: This president is trying to bring the country together, heal a nation, but also offer concrete proposals on how to move forward as a nation, and let me tell you something, I’m hopping mad this morning because I see very little, scant coverage of the fact that this Dayton shooter has been confirmed as having a Twitter feed that was supportive of Antifa, that was supportive of Elizabeth Warren, Bernie Sanders. Obviously nine, 10 years ago in high school, he had a kill list for boys, a rape list for girls. And there’s scant attention being paid to this. Elizabeth Warren yesterday was raising money for Senate candidates Doug Jones and Tina Smith. She’s raising money in an email appeal talking about the mass shooting. This is a disgrace — and, if nobody else is gonna talk about it, I’m gonna talk about it. 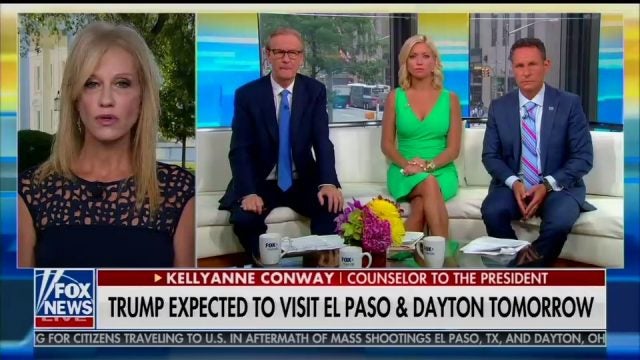 RUSH: Well, yeah, you’re the lone voice, Kellyanne. Of course, you’re amplified by us here at the EIB Network. But she’s right. Democrats are out fundraising off of this under the guise that this guy’s an out-of-control, Trump-supporting white supremacist. When, in fact, he’s a loyal, leftist, Democrat hatemonger — or was.