Dems Can’t Make Sale That This Is Obama’s Economy

CALLER: Hi, Rush. Thank you. I realize as a caller my job is to bolster your brilliance, and — 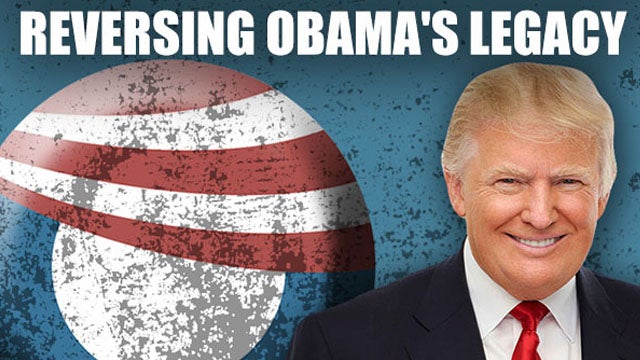 RUSH: It’s to even expand it.

CALLER: Well, I’d like to do that by pointing out that the left is doing it too. Your dissertation on the fact that they have nothing to run on? They proved it very simply. After eight years of saying, “No growth is the new normal,” and then Trump comes along with a booming economy, what’s the first thing they did after they realized that it wasn’t a flash in the pan, that the booming economy was real? They started claiming that Obama did it!

CALLER: Exactly. The contradiction! They said, “You know, we don’t have anything to run on, so we’re gonna claim Trump’s economy because we were wrong.”

RUSH: Well, you know, it’s a great point. But do you notice every time they try to make that point, it kind of fizzles? Not even the media tried to build on that. We have yet to see… Look, I don’t want to say this too loud ’cause they’ll hear me and do it, but we haven’t seen assembled panels of left-wing economic experts convene on CNN or PMSNBC or PBS or the New York Times podcast or whatever explaining how the current economy actually does have its roots in Obama policy. We haven’t seen that. (chuckling) Nobody! They have come out and said, “It’s Obama’s economy.” I mean, a random Democrat here, random analyst/commentator there. 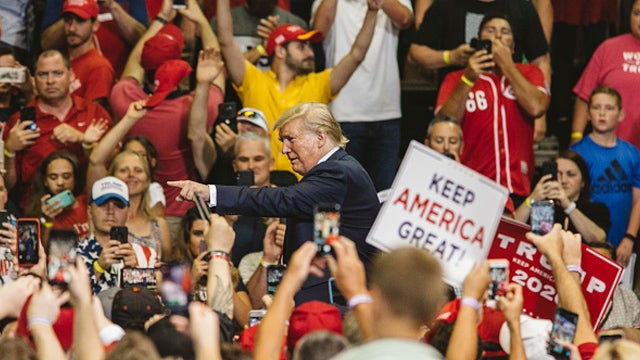 But there hasn’t been in all-out effort to do so. About all they can do, if they were to be honest… The only way you could say that this is Obama’s economy is that Obama took us to a point that we had no lower to go (chuckling), and so there was only one direction we could go when Obama got through. But they don’t want to do that. I fully expect, J.C., that they’re gonna continue trying to take that issue away from Trump by claiming that Obama did it. Obama himself has even joined this fray! The rare times Obama does pop up and say something, he has.

I can’t think of the last time it was, but it even sounded a little — I don’t know — childishly immature. (impression) “Well, you know this economy’s mine, right? (sputtering) I — I — I did this, and Trump’s out there, and he’s claiming credit, but everybody knows that it was me! I — I — I built the foundation for this,” and it really fell flat. But I think that is a great, great point. The Trump economy is so good, they’re trying to say Obama did it. Thank you, J.C.

RUSH: Hell’s bells, folks, the Democrats have been complaining about all the Obama stuff that Trump has been unraveling. “Trump’s unraveled this! Trump’s unraveled that!” They’ve been whining about it. Now they come along and they want to try to claim that the Trump economy is Obama’s? I’m telling you, they’re wandering aimlessly in a policy desert, folks — and it’s one of the explanations for this wacko, insane, extreme behavior. Now, do not misunderstand. This is who they are daily. I’m just saying that they are at their wits’ end now because they have nothing to run on.

They are so out of things to run on that they have been reduced to saying that they’re running against white supremacists, and they’re gonna give everything away to everybody. They are becoming, in certain quarters, a genuine laughingstock. This… This… What do you want to call it? This pride, this pool, this array of candidates is a laughingstock. A lot of people are watching these debates for the yuks of it. They take themselves sooo seriously.

They do not see that, and they make the mistake thinking that everybody in America agrees with them on Trump and white supremacy and white nationalism, and they do not… I don’t think they know how much they’re marginalizing themselves within the base population of the country. Again, it doesn’t look like this because they’ve got the media on their side, and the media normalizes all this. But don’t doubt me on this.