RUSH: Here’s Tony in Atlanta. We’ve got a lot of phone calls from Atlanta today. We have two more up there today. Tony, welcome to the program. Great to have you.

RUSH: Well, it’s great to have you here.

CALLER: I’m just so tired of this racist thing they’re talking about. Everything is racist, and the biggest problem that the Democrat Party is doing and they’re trying to tell black people what’s racist. We know what’s racist! We know! So stop trying to say that stuff is racist that’s not, and you’re trying to sell it to us as through it’s racist. You know, and they’re losing a lot of African-Americans because it’s just over and over and over again. They’re saying this is racist… Like I said, “I’m 50 years old, I know racism, and what’s going on lately is not.” 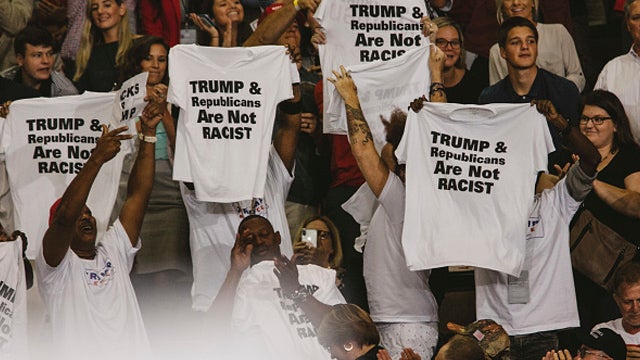 RUSH: Did you…? When you voted for Trump, did you think you were voting for a racist or a white nationalist or supremacist?

RUSH: Of course not.

RUSH: Well, I’m glad to hear you say that, because in my estimation if anybody should be able to recognize racism it would be somebody like you —

RUSH: — because I have no doubt you’ve been victimized by it in your life.

RUSH: So you would know it when you see it, and now they’re all trying to make you part of the crowd that thinks Trump is racist —

RUSH: — even though you voted for him.

CALLER: Just like with the three congresswomen when he said, “Go back to where you’re from.” I listened to the whole speech he said. That wasn’t racist. They missed the whole message what he was saying. That’s not racist what he said. And it’s just… Now they’re trying to rewrite racism. Here trying to tell me what’s racism and what’s not. I know what’s racism! I’m 50 years old. I’ve been in this country my whole life.

RUSH: You know what they’ve done?

CALLER: Don’t go telling me what racism is!

RUSH: They will have thrown the word, the label “racist” or “racism” around so damn much that they’ve watered it down, and now everybody’s a racist. So they’ve had to double down on it with this “white supremacy” term and “white nationalist,” because racism doesn’t quite carry the same impact that it used to because everybody’s a racist now according to them. Even Cory Booker said it. “Trump is worse than a racist.” Well, what’s that? Why, white nationalist! It’s all made up. So this stuff is making you mad, too? Did you say that?

RUSH: Let me tell you something —

CALLER: You know, you work hard, you do what you’re supposed to do, and don’t use racism as a crutch.

RUSH: You have no… Well, no, you do. I’m sure you do. I was gonna say, “You have no idea how important that is.” But if I were in your shoes, I would keep… I would make sure that my kids did not think everybody hates ’em like the Democrat Party wants them to think. That would be horrible! You’re doing a great service for them by trying to remind them that not everybody hates ’em out there, and not everybody’s looking at them the way the Democrats and the media are trying to make them think they are seen. 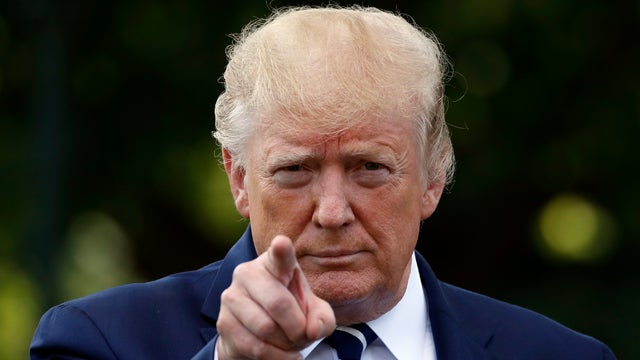 RUSH: ‘Cause it would be easy to fall back into it, if you ask me. It would be easy to fall into the fact, “Yeah, everybody hates me because of my race or my gender or what have you.” But you don’t. You don’t have to be doing that. That’s a good thing that you’re doing. I mean, you’re grabbing your kids by the shoulder and you’re trying to give ’em a dose of reality.

CALLER: Exactly. You know what I mean? I don’t want ’em using that as a crutch to not, you know, work hard. I mean, I know what one is and what’s not. Just do what you’re supposed to do. You know?

RUSH: Well, I hear you. There’s any number of things that I could say. I have this belief, Tony, that all of us face obstacles. The obstacles you face because of your race are things you can’t do anything about. People that don’t like you because of your skin color — and I still maintain that that’s a dwindling number and has been dwindling for a long time in this country. But there’s still nothing you can do about it. People hate me because I’m a conservative — and believe me, I get discriminated against, and I get hate language.

I get all of this stuff. But I can do something about it if I wanted to. I could become a liberal and end it. You can’t. The person that is savagely laughed at and made fun of and discriminated against because they’re overweight can try to do something about it. You can slim down. You can shed the pounds. But that’s the point. The point is that we all face obstacles in life, and we all have ways around them. Yours are gonna be tougher than many and maybe most, but there are still ways.

And you’re doing a great thing with your kids there. Because nobody is raised to want to be hated. It’s the exact opposite. We are all raised to want to be loved. Everybody’s conditioned to do things to make people like you — to like them, like us — and when you (young people) hear that everybody hates you because of something you can’t do anything about, that’s not helping anything or anybody. So kudos to you, and I’m ecstatic that a guy like you is in my audience. Thank you, Tony.