Gay California Schoolteacher on Why He Left Dems for Trump

RUSH: Hi. Welcome back. Rush Limbaugh, cutting edge of societal evolution. We go to Dallas to get started on the phones. I’m sorry, it’s Los Angeles, and Dallas is the guy’s name. Great to have you, Dallas. Welcome to the program.

CALLER: Thanks, Rush. It’s great to talk to you.

CALLER: I am a gay schoolteacher living in Los Angeles, California. I voted for Obama twice, and the left has gone so far they have pushed me out of the party and have me seething, So what in the hell are they doing to the industrial Midwest?

RUSH: You know, this is another good point. I’m glad that you mentioned this. You say you voted for Obama twice. How old are you? How long have you been voting? 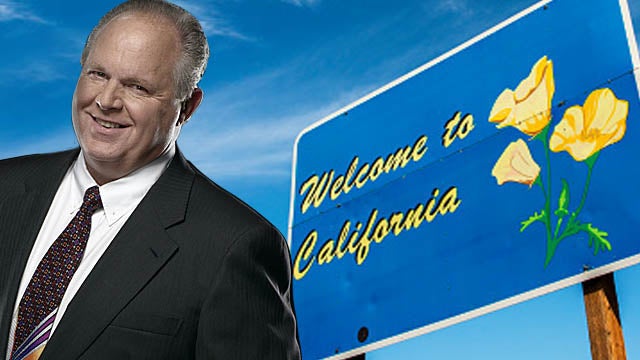 RUSH: You’re 40. By the way, how do you survive in California as a teacher with the tax rate and all the taxes out there? I mean, that’s gotta be… (crosstalk) Do you have any disposable income left, Dallas?

CALLER: I got a little bit left over ’cause I don’t have kids. If I had a family, I could never do it. But, yeah. I get into some very interesting discussions all the time because I want to have open-minded discussions. Trump, to me, exposed both parties and what they’re about. It’s the “uni-party” versus the American people.

RUSH: That’s another great point. See, it dovetails with the belief that l I think there are Trump voters more than there are Republican voters. Even though he’s got 90% approval among Republican voters. But, look, this is something that we will never hear about. In fact, we’re hearing the opposite. But here’s Dallas. He’s a gay schoolteacher in Los Angeles. He has left the Democrat Party after he voted for Obama twice. They’re too nuts! They’ve gone too radical leftist even for him. Now he’s probably not shouting from the rooftops that he’s switching or not voting Democrat. But, still, he’s not.

The walking gaffe machine who’s now out claiming that Trump is a white supremacist and his best friends are the KKK? I mean, every day to watch mainstream media is an exercise in learning how to coexist with insanity. That’s about what it’s worth, but not much more. I think Dallas’ story is probably being repeated in a lot of places in this country that the media probably doesn’t even know. They can’t even fathom people leaving the Democrat Party! They can’t even see it. It doesn’t even compute. Anyway, thanks, Dallas. I appreciate call.