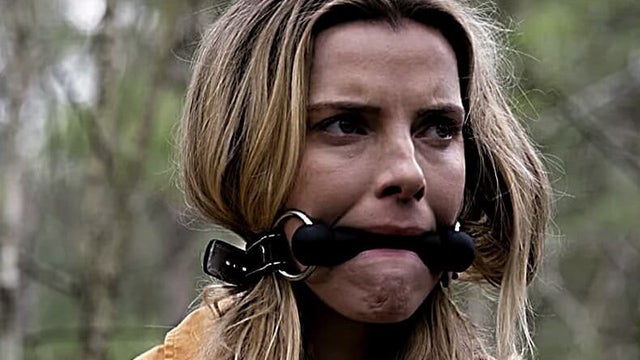 So, you’re asking: Well, then, why am I violating my own policy? Because it’s unavoidable. It’s out there. I’m not gonna not talk about it when everybody else is. If you haven’t heard about this yet: “A movie showing liberals stalking supporters of President Donald Trump is slated to be released in September, but has lost an advertisement on ESPN in the wake of two mass shootings on August 3 and August 4.” Basically, this is a movie where white liberal elites go hunting with guns for Trump supporters for the people Hillary Clinton called “deplorables.”

It’s from Universal Pictures. The movie is entitled The Hunt, and it “shows people hunting down” you, “‘deplorables,’ a term [that] Hillary Clinton used to describe Trump supporters during the 2016 campaign.” The Hollywood Reporter, I guess, has seen a screening. “‘Did anyone see what our [bleep]-in-chief just did?’ one character asks others early in the movie, reported the Hollywood Reporter. ‘At least The Hunt’s coming up. Nothing better than going out to the Manor and slaughtering a dozen deplorables.’

“According to the Reporter, the movie’s script features blue-state characters choosing to hunt red-state characters who expressed pro-life positions or were deemed racist.” You heard me correctly. Universal Pictures is about to release a movie in which liberal elites hunt and gun down rural “deplorables” for sport. There were ads running on ESPN; ESPN pulled the ads. “One executive who passed on the script” didn’t want any part of this and said “that he didn’t even read it, adding:

(paraphrased) “They might be controversial, but, yes, we need to understand this rage. We need to understand what is behind this.” There were movies made, not only about actually assassinating Bush, but there were training-type movies made about how to do it — and in every instance, there was no condemnation from the Drive-By Media. The Drive-By Media sat by and promoted or applauded or told us we needed to take time — not react rashly — to understand what’s behind this. 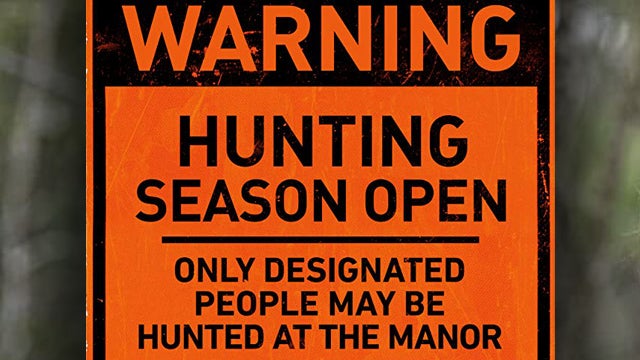 The movie originally was gonna be called Blue State v. Red State, but now it’s just called The Hunt. I mean, take your pick, which is which? So the very people — and I’m including Hollywood. The very people who are running around acting so outraged and so offended and so disgusted over what Trump is doing… “Trump is causing these mass shootings!” These very same worthless shreds of human debris are producing a movie — for profit — showing the fun and the thrill and the satisfaction of hunting Trump supporters.

(interruption) No, don’t give me that! Don’t tell me, “Rush, it’s just a movie. You’re falling into the trap that movies and lyrics and video games cause violent behavior.” Who…? I don’t need to go there. This is not leaving anything to the imagination. There’s nothing inspiring this. This is actually a movie celebrating it! But my point is, everybody’s reacting to it at the root level, which, “Oh, my God. This is horrible.”

But more than that, the same people who are trying to score points by opposing mass shootings — by trying to blame Trump for it, by claiming that white racism, white nationalism, white supremacy is behind it — are now literally advocating the murder via hunting of his supporters. Now, they’re saying, “Well, Rush, you gotta laugh! Rush, come on. You know this is a satire. Ha-ha-ha!” Don’t give me that. This is a fantasy of these people. This is not a satire. These people are not capable of satire. These people don’t understand satire when they are the victims or the targets.

They don’t have any ability to laugh at themselves. They don’t laugh at much anyway. This isn’t satire, folks. This is fantasy. This is a dream! This is something they would wish to do, the people behind this. This is something that if it did happen… You know, we’re getting a heads-up here. If something like this does happen someday, don’t expect condemnation for it. Expect the media and the left to say, “Well, what do you expect when people elect a guy like Trump, an open racist and white supremacist? What do you expect!”

They’re not gonna ever condemn this — and in the process, they are marginalizing themselves even further, and here come our old buddies in the media unable to condemn it. Rather, looking for artistic expression, the creative talent, the cinematography (and all of that) that makes up this vast work of art. But we’re dealing with a sick bunch of people, and it is my contention that all of this is creating a backlash and an increasing level of Trump support as evidenced by this fearful New York Times column today reporting, “Millions of Americans who did not like the president in 2016 now say they do.”

Now, see, in my mind, this is only common sense. If you’re an average American, if you’re a decent person — and isn’t that really what we all fear losing is just basic decency? Doesn’t it seem like basic decency is what’s evaporating, going up in smoke? But if you’re still a basically decent person and you see these two shootings — the president goes to Dayton, the president goes to El Paso, and the reaction is, “Scum. He shouldn’t show up. This guy’s responsible” — decent people are gonna be put off by that.

RUSH: By the way, folks, one of the characters in this movie, The Hunt (I have a still shot here) is a dead ringer for Ivanka Trump. One of the liberal elites doing the hunting. Now, my friends, before you think that this is a bunch of fringe people, this is Universal. These people might make a ride or exhibit out of this at their theme park where you, too, could go hunt deplorables up at, you know, wherever Universal’s theme parks are. 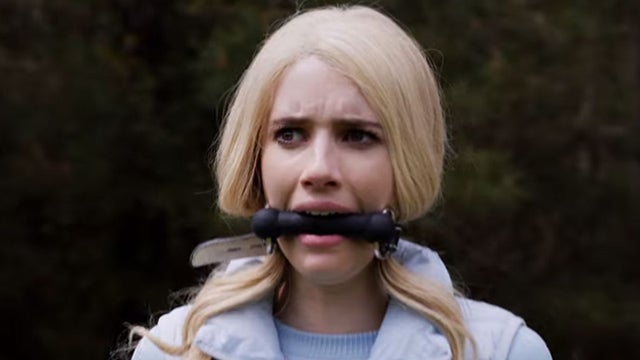 Two of the people involved in this are the people that did the TV show Lost. One of them is Nick Cuse; the other is Damon Lindelof. Now, these people producing this movie know… Let’s put it this way: They are very confident — they are extremely persuaded — that there’s a huge audience for this. They’re not dumb. They’re not dumb. They know what the leftist revolutionaries are becoming. Here is an attempt in Hollywood to accomplish a bunch of things: Virtue signal, monetize, and to also get in on the revolution.

RUSH: I got an email from a very famous Hollywood actor. I have since sent a note asking if I can mention his name, and I will not mention his name until I hear back from him. But here is his note: “I’ve not seen the movie, El Rushbo, but I have an alternate theory about The Hunt. If the hunted in this movie are in fact us, the deplorables, and the hunters are the liberal elites, then the deplorables would have to be the good guys for the movie to work at all.

“The movie it reminds me of is The Running Man. I don’t see how a movie could be made that would makes sense that the group of people murdering would be the heroes and their victims would be the villains.” Well, I have to tell you, it’s a new day, and I can totally see that! I can totally… You think these guys are gonna accidentally make a movie where we end up being perceived as the sympathetic heroes in this movie?

No! We’re gonna be justifiably hunted, because we support a white supremacist, racist pig, in their view. But, look, this is a Hollywood actor. He might have a point. He said, “The trepidation of the studio execs who were uncomfortable with the script might be because it makes heroes out of the deplorables being hunted.” It’s an interesting take.

RUSH: A couple of more questions on this movie, The Hunt. A, where do these liberals get their guns? They hate guns! It’s a rhetorical question. But more importantly, why don’t we have ours in this movie? How is it that we are unarmed?

RUSH: I got an email. “Dear Mr. Limbaugh, I think that actor friend of yours may be right. I watched the long trailer to the movie The Hunt, and it’s clear that the deplorables — i.e., you and me — eventually escape and take revenge on the lefty elites. I don’t see how a movie about liberals murdering conservatives, and the conservatives eventually getting the upper hand and killing a bunch of the liberals who kidnapped them, can be a negative for our side.” Well! (laughing) 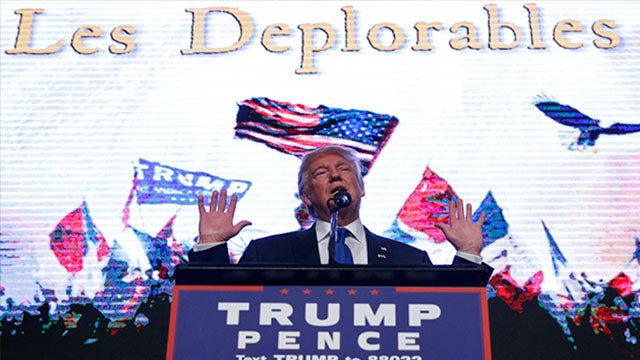 Remember the original word on this was that it was a satire, the produces say, “Hey, everybody’s gone nuts over here. This is a satire.” Okay, satire. Now, this is entertainment. I haven’t seen the trailer yet. Long trailer, short trailer, no trailer, I haven’t seen it. So my actor friend may be right. “In the long trailer, it’s clear the deplorables…” Why is that not in any of the news stories about this I’ve seen? This is a new element being tossed in here.

Remember, anybody can send anybody an email. So I’m just telling you what I got. “Your actor friend may be right I’ve seen the long trailer. It’s clear the deplorables eventually escape and take advantage of the lefty…” I can’t imagine a movie where lefty elites get shot unless the actor’s right and they end up being the heroes, and the deplorables obviously have a stash of guns somewhere because there was no way they could be disarmed. That’s another question you have to ask: Where did the leftists get their guns? They hate guns, right? Why do they have any?

And then with us, the deplorables, the hunted, where are ours? How can we be…? Well, we are kidnapped, is what happens. We’re kidnapped and we’re put so some lefty elite’s estate, like we are runaway foxes or something and then there’s a big game hunt one day. Well, we’ll continue to track this down. It just… Either way this goes, can we not say that it is reflective of what a bunch of people who think there’s a lot of money to be made here think there’s a way to do it. Showing warfare between left and right, however it’s structured and however it ends up.

RUSH: Okay. I have been granted permission to tell you the name of the Hollywood actor who sent me his thoughts on that movie, The Hunt, in which he said, “Wait a minute, Rush. If it’s us, if it’s the deplorables that end up getting shot in this movie, they’re gonna end up being the heroes. They’re gonna end up being the objects of sympathy and the bad guys are gonna be the liberal elites running around hunting them.” 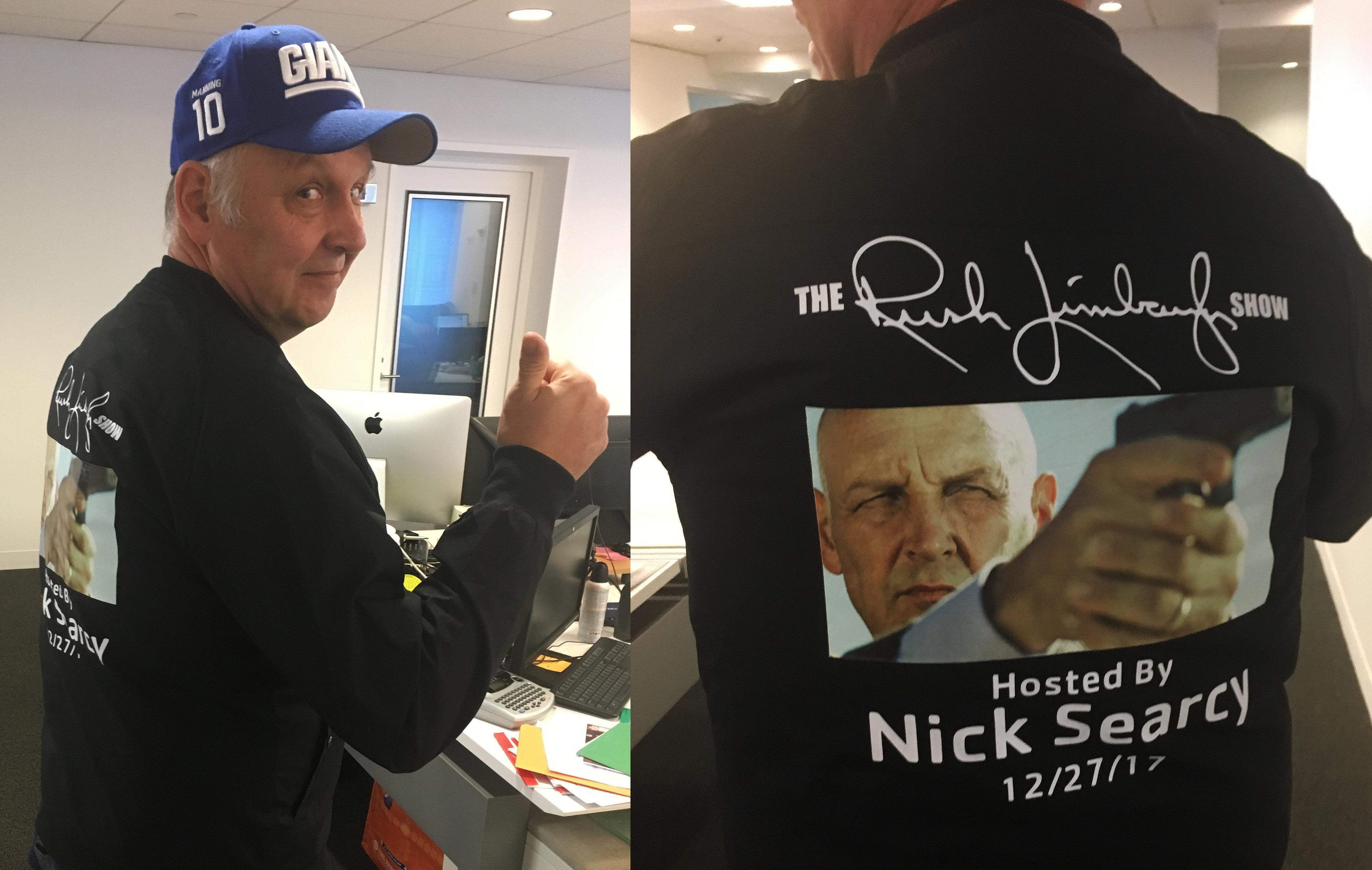 Well, that could be. It was Nick Searcy. And the long-form trailer, I guess, does show the deplorables rebounding, getting their revenge and firing away on the liberal elites, which I haven’t seen the long trailer to this thing. But, at any rate, I just wanted to mention it was Nick Searcy who sent me the thought.