RUSH: I mentioned earlier that all of these Democrats are being co-opted by the radical fringe that’s scaring the hell out of them, and they’re making them become people they aren’t. They are forcing them to become radicals and hellions and so forth. They’re demanding it in the way they speak. They are demanding it in their actions. As such, these people are losing their authenticity. Everybody’s in a race to see who can keep the lunatics on the left the happiest, the soonest and the best.

Given all that, we now go to Joe Biden yesterday afternoon in Burlington, Iowa. He chose yesterday to compare Trump to segregationists… 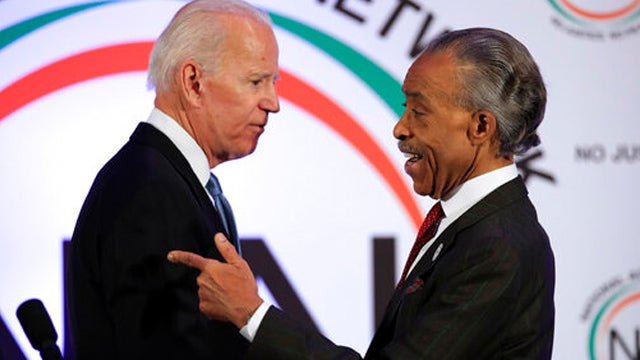 RUSH: Where does that come from? What the hell? More in common with George Wallace? Just throw a name out, Biden! You don’t even know what you’re really talking about. Somebody gives you a line to use to make sure that these malcontents on your side pass you by. You know, Biden is starting to sound more and more like Al Sharpton, and he never has. Here’s the next Biden bite. Yesterday afternoon in Burlington, Iowa. Next Trump is a white supremacist!

BIDEN: This president has fanned the flames of white supremacy in this nation. His low energy, vacant-eyed mouthing of the words written for him condemning white supremacists this week I don’t believe fooled anyone at home or abroad.

RUSH: Really? So when Trump condemns it when there isn’t any, there isn’t in you that you can find…? They’re trying to make it look like normal Republicanism is white supremacy. You can’t find the white supremacists unless you can navigate the dark web. But here comes old Joe, and now the president calls out white supremacists, and he didn’t fool anybody. So, you see, you cannot mollify them. You cannot! No Republican going forward ought to ever even try. Like Trump did. You know, Trump called out the KKK, and Biden comes back and says, “I don’t care. I want to see a sign of it. He can say anything!” Since I said he sounds like Sharpton, let’s go back to late last month on MSNBC.

SHARPTON: It’s a consistent pattern and a deliberate political strategy that would make George Wallace blush what this president’s doing. George Wallace was a terrible guy, stood in the door of the University of Alabama. But in the campaign, he tried to dress it up more than what we’re seeing this president.

RUSH: So George Wallace did a better job of masking his racism than Donald Trump does, and here comes Joe Biden echoing Al Sharpton. Okay, two more to go, sound bites 11 and 12. This next one really fast, but it sets up what follows. This is Joe Biden yesterday in Burlington, Iowa, again. He got a question, “Do you believe the president really supports the KKK?” 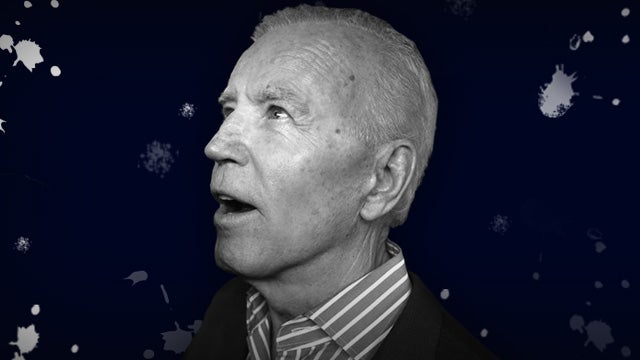 BIDEN: He doesn’t deny them, at a minimum.

RUSH: “He doesn’t deny them…” Donald Trump “does not deny” the KKK. We have montage of just that from February. Do you remember why Trump left the Reform Party? Because of David Duke! David Duke was trying to get in the Reform Party. Trump was in it; he left it. We have a montage. February 2000 to August of this year…

MATT LAUER: (February 2000) What do you see as the biggest problem with the Reform Party right now?

TRUMP: Well, you’ve got David Duke just joined — bigot, a racist, a problem. I mean, this is not exactly the people you want in your party.

STEPHANOPOULOS: (March 2016) So are you prepared right now to make a clear and unequivocal statement renouncing the support of all white supremacists?

THE PRESIDENT: (August 2017) … the Neo-Nazis and the White Nationalists because they should be condemned totally.

THE PRESIDENT: (August 2017) Racism is evil and those who cause violence in its name are criminals and thugs including the KKK, neo-Nazis, white supremacists and other hate groups that are repugnant to everything we hold dear as Americans. 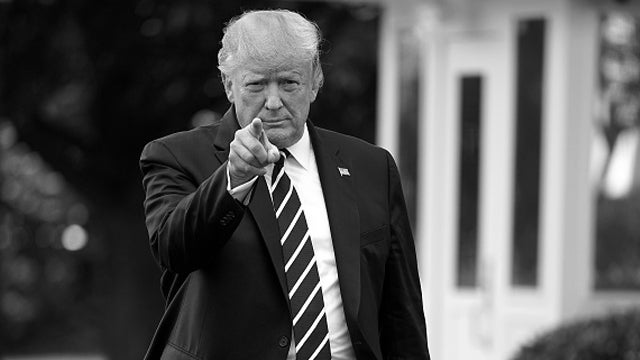 THE PRESIDENT: (August 2019) In one voice, our nation must condemn racism, bigotry and white supremacy.

RUSH: Yeah. You know, we wouldn’t have to if it weren’t for the damned left making these slanderous allegations. You know, I cringe when any Republican is forced into having to deny this crap because there isn’t a single Republican who ever supported the KKK. The KKK was the military wing of the Democrat Party back in the segregation days. Robert Byrd of the United States Democrat Party in the United States Senate was a Grand Kleagle in the KKK!

CALLER: Hi, Rush. Okay. So I’m pretty offended by what Trump did in response to the shootings, calling out racism, bigotry, white supremacy. I feel like he threw us under the bus. Not his typical demeanor. He usually doubles down. I don’t know if he was handled or what, but I think it was an error. Maybe there’s some method to madness.

RUSH: Where, are you talking about sound bite montage I just played or something in El Paso or Dayton?

CALLER: Yes. Yes. When he called out we need to fight racism, bigotry, and white supremacy.

RUSH: Oh, I know. That’s exactly why it makes me uncomfortable because it doesn’t work anyway. It doesn’t mollify anybody, and all it does is give them the opportunity, “Trump said it, but he doesn’t mean it.” 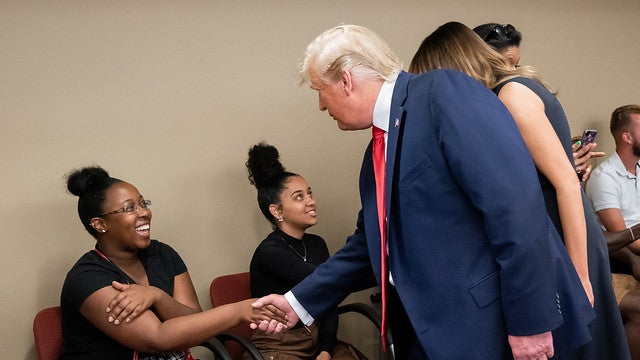 CALLER: Well, in my opinion he should be doubling down as usual and calling out the environmentalist wackos and Nancy Pelosi and the Liz Warren supporters who set these guys off. We don’t know that this guy didn’t go into Walmart because he didn’t like deplorable Walmart shoppers for all we know. You know, right —

RUSH: No, he went to Walmart ’cause he got hungry!

RUSH: Honestly, he went to Walmart because he got hungry.

CALLER: Right? Deplorables shop at Walmart, right? So I think with the gun control, he’s doing the red flag laws now. Maybe this is a ruse; I don’t know. But I think we all have to acknowledge that guns are what stopped these shooters ultimately, and if we do —

RUSH: That is exactly… (crosstalk)

RUSH: I’ll tell you, you know what? You are exactly right. I just went… During one of the breaks here, I just went to the window — I had to go do some stuff — and there were a couple of guys standing out in the parking lot, and because of what’s going on, I started imagine, “Okay. What if those two guys had guns on them? What if it looked like they were casing the joint?” They looked capable. They didn’t have guns. Don’t misunderstand. The thought that I had was, “Gosh, I hope there’s somebody with guns to stop this.”

Put yourself in a situation: What if there’s something starts shooting up where you are once these things start happening? You know damn well that you are gonna hope somebody has a gun to stop them. That is the point, that’s exactly right. On Trump doubling down on this stuff, he’s tried. He’s tried. He blames Warren, and they’re just jumping all over him for doing that. But he’s not gonna stop with that, by the way. I think these circumstances cause all kinds of conciliatory behavior ’cause it’s seen as the path the least resistance going forward.