RUSH: Now, the other thing here that’s related to the movie in a way — you know the name Steve Ross? Steve Ross is a real estate magnate from New York. He’s got gigantic ears. He’s also the owner of the Miami Dolphins. That’s how many people know him. He is a big-time Republican donor. And, as a Republican New Yorker in good standing, he has a gigantic house in the Hamptons. 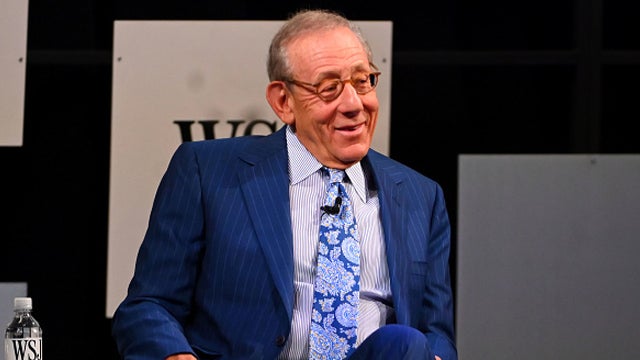 And, at this gigantic house in the Hamptons, he hosts fundraisers for Republican candidates. And he has done this for decades. He also has a gigantic home here in Palm Beach where he also hosts fundraisers for Republican candidates. He’s a member of a couple of golf clubs. I have played golf behind Steve Ross, and you better have five hours to spare when you do. He doesn’t exactly blaze the trail out there.

Well, anyway, in addition to all of the many real estate holdings he has, he owns a couple of things called Equinox and SoulCycle, fitness chains SoulCycle and Equinox. And it turns out that these fitness centers happen to be what are said to be gay-friendly and lesbian-friendly. Women have certain levels of discomfort walking into a gym where all kinds of others are in there scantily clad trying to show off the abs and the six-packs and the muscles and who knows whatever else. And there’s always the presumption that one of these brutes is gonna step out of the Nautilus machine and attack you.

So these places have evolved to be gay-friendly, gay-accommodating and so forth. And this guy, Steve Ross, owns them. So, Steve Ross announced that there’s going to be a party this weekend for Trump donors. And this is unacceptable. This is unacceptable to people that work at SoulCycle and Equinox. The gay people that work there, the gay clientele are simply not gonna put up with this! They’re not gonna put up with it!

He owns them, but he never goes there. He’s not hands on. He’s not CEO. He’s got a board of directors. They run the place. And he owns so many things he doesn’t have hands-on on all this stuff. “Fitness chains SoulCycle and Equinox on Wednesday sought to distance themselves from a fundraiser for U.S. President Donald Trump reportedly in the works by their billionaire owner.

“The upscale gym and indoor cycling chain, whose clients have included Hollywood celebrities and even Michelle Obama, faced backlash after the Washington Post reported that Ross, who is chairman of the brands’ parent, Related Companies, will host an event for Trump supporters at his home on Friday. Both Equinox and SoulCycle posted comments on Twitter saying that they do not support the fundraiser and company profits are not used to fund politicians.” 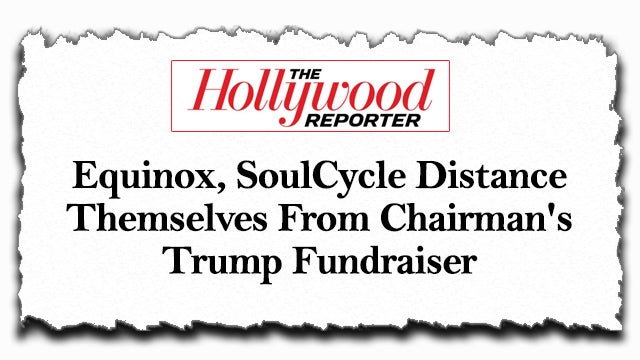 So here you have the inmates running the asylum. The people that work at these places and members are telling the owner what he can and cannot use the money for. “’We want to let you know that Equinox and SoulCycle have nothing to do with the event and do not support it,’ Equinox said on Twitter. ‘As is consistent with our policies, no company profits are used to fund politicians.’”

Equinox and SoulCycle management are doing everything they can to ensure the malcontents, “Don’t worry. None of your money is going –” I’m so fed up with people kowtowing to these people. You know right now at Fox there is a massive effort underway to get Tucker Carlson fired because he says there isn’t any white supremacy in this country. It’s a manufactured hoax.

So far the management is standing firm. In fact, I think a lot of people are getting fed up. You know, these boycotts, these threatened boycotts, they work on these people at first because they think you can buy peace. “Okay. Okay. Well, you know, we’ll tone it down.” And they think they can make these people go away. And now people at Fox and other places are learning that you cannot appease these people. And it’s the same thing with this, going after Steve Ross. Even the Miami Dolphins wide receiver Kenny Stills: “This is just unacceptable.”