The President Keeps the Pressure on China

RUSH: Okay. Let’s get to the audio sound bites of Trump’s impromptu, 38-minute little confab with the Drive-By Media. Again, he was on the way to the Hamptons. He’s got two fundraisers. He was gonna get up there and attend a breakfast at the home of Steve Ross (the owner of the Miami Dolphins) and the other places that came under protest today, SoulCycle and Equinox. They were trying to shame Ross into canceling it because who wants to host a fundraiser for a neo-Nazi white supremacist, and everybody told everybody to go pound sand.

Later on, there’s something later this afternoon that Trump is attending. A grand total of $11 million will be raised. Again, they tried to shame everybody involved into canceling it, including Trump, and the hosts — another guy named Joe Farrell and Steve Ross — both held firm, as did Trump, and that’s the way you have to play it. You cannot give these people a centimeter, folks. You cannot! Those days should be over — the days of trying to calm them down, trying to show them that we’re not what they say, trying to make deals, trying to bring about peace. 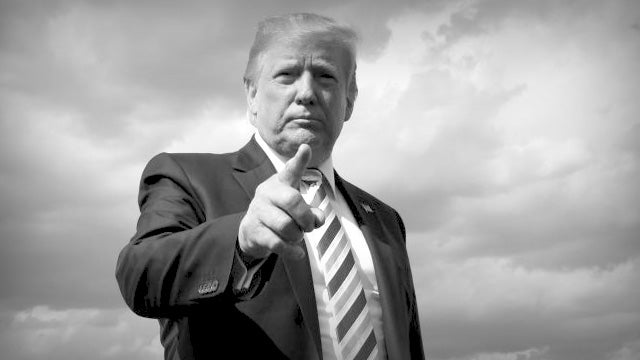 And this is not pessimism. It’s reality.

So the president started here with China. He is dead set on winning this trade war with the ChiComs. Now, the thing about this that I think will go over a lot of people’s heads unless there’s somebody like me explaining this, is he takes what to most people is a complex issue: The China trade deals. I mean, it is a miasma to a lot of people. It’s so convoluted and confusing that nobody knows really what the stakes are. Why is it happening? What’s it all about? Trump takes this complex issue that nobody has even paid attention to for decades and does his best to make it understandable and important, and here is how that sounded.

THE PRESIDENT: We’re talking to China. We’re not ready to make a deal. But we’ll see what happens. But, you know, we’ve been hurt by China for 25, 30 years. Nobody’s done anything about it, and we have no choice but to do what we’re doing. We called them on manipulation, and they brought their numbers back, and they brought ’em back rapidly. We have an open dialogue. We’ll see whether or not we keep our meeting in September. If we do, that’s fine; if we don’t, that’s fine. But it’s time that somebody does what we are doing.

RUSH: When he talks about “the numbers,” he’s talking about their currency manipulation. They tried to deflate their currency on Wednesday, and it worked to the point of rocking our stock market down 900-some-odd points, and then Trump had some harsh words for ’em and they revalued the next night, and the stock market rebounded. Of course, the panic that ensued on that one day when the market dropped 900 points was typical of the kind of reporting we get in the media today.

But he’s made the point that we’ve been taken advantage of by China and our allies in the matters of trade, which impacts foreign policy for way too long. And somebody has to do something about it. And he made the point, “I’m not in any hurry.” If it takes all the way through 2020, he says, he’s fully aware the ChiComs don’t want to give him anything prior to the election. He’s gonna stick to it. 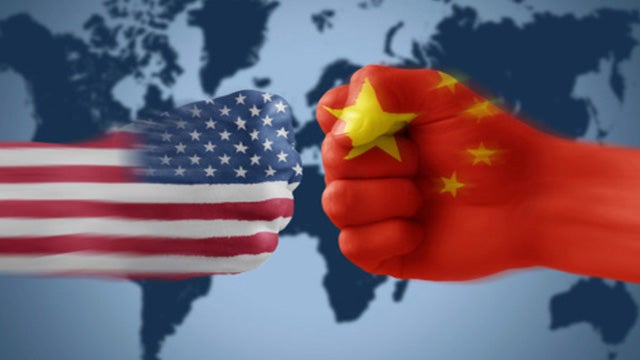 It has to be done. It’s been overlooked. This is all about how the United States in the post-World War II order allowed ourselves — as almost a guilt-ridden superpower after wiping out the world in World War II that we kind of had to let the vanquished have little pieces of us, lest we laud our greatness over them. And this expanded and expanded to the point the United Nations thought they had a permanent hand in our back pocket.

Trying to maintain American interests became a bad thing, and that’s the way it’s been for most of my life. That’s been the attitude at the State Department. It’s been the attitude of American foreign policy. And it’s been obviously most of Trump’s life, is and he’s fed up with it because it’s costing everybody money that has to deal with the ChiComs, not to mention the United States. And he’s hell-bent on changing it. And you can hear and tell that he’s not rattled by whatever actions the ChiComs take.