Andy McCarthy’s New Book Will Answer All Your Questions

RUSH: You’ve often heard me refer to Andrew McCarthy, here — my good friend Andy McCarthy — former trial lawyer and prosecutor for the Southern District of New York. He was on the case the entire 2-1/2 years of the Trump-Russia collusion story, including up to and including the Mueller investigation. He has been working tirelessly on a book about this, and the book is published today. It’s been available for pre-order for a while. But it’s available today. 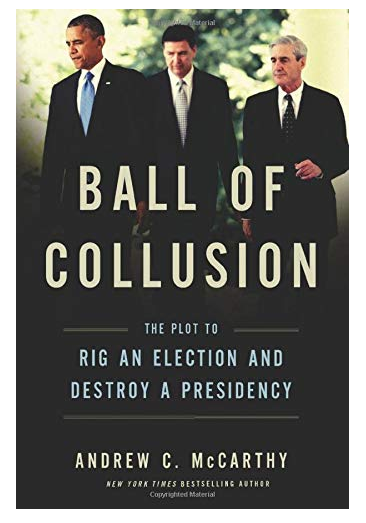 It’s called Ball of Collusion: The Plot to Rig an Election and to Destroy a Presidency. Now, that should give you a pretty good indication of what this book is about. This book is replete with evidence. It is replete with some of the most incredible expert opinion and insight into what this attempt to overthrow a presidency and overthrow the results of an election was — how it began, how it was conducted, who did it, who was involved, who has been exposed. The thing about this book is that McCarthy’s a brilliant guy, and he can write in legalese as well as anybody can.

But this book is written in an almost conversational, very rational way. It explains. It doesn’t just accuse, doesn’t just allege. It explains why the collusion charge, why this whole notion of collusion was BS from the start. Now, if I may say, Andy and I spoke regularly about this during the entire length of time this investigation went on. I was picking his brain about legal things, you know, using the experience that he had had as a prosecutor at the SDNY and somebody familiar with a number of the agencies that were involved here.

We would share thoughts and opinions back and forth, and I knew from the moment I heard he was writing a book about this that it was gonna end up being comprehensive and probably be… You know, there are a lot of books that are out there now that were written during. Like Gregg Jarrett’s book, when I read it, was fabulous because of the primary contention. His contention was that all of this began with the need to exonerate Hillary Clinton. The FBI, Comey, all of these people on the left, the Washington establishment, they had to exonerated her.

They had to clear her of any crimes that she had committed — and she had committed crimes. She was the Democrat nominee. They desperately needed her to be elected for a whole host-of-reasons, and for that to happen, she had to be cleared. What McCarthy’s book does is start with the beginning of how this all started and explains that the entire premise of it was made up and concocted and was BS. It could never have been otherwise. It could not have been substantive ever. This was one of the biggest hoaxes that was configured and sprung on the American people in our lifetimes and maybe beyond.

But the fact is that this book is conversational and very rational about it. It’s calm. It’s not filled with histrionics. It’s not filled with what you would think is simply partisanship as a reason. This is a calm, cool, legal dissection of this entire fraudulent effort. If you want to become conversant in every aspect of this hoax that matters — if you want to be the one in your family that has the answers to any question anybody would ask you about this — then this book is a must.

Not only for that, folks. It’s fun to read it, because it will confirm much of what your instincts have told you has gone on. It will confirm much of what has been explained. But it blows this thing to smithereens. It blows this entire collusion hoax. There never was any. There was never any evidence of any collusion. There was no reason for an investigation, and yet they had one! How did they do it? Andy McCarthy explains it in Ball of Collusion: The Plot to Rig an Election and Destroy a Presidency.

But let me tell you what’s unique about this one, ’cause I just told you there have been a lot of books about. I’m not saying that those previous books missed the point. They all had their own premise. They all had their own objectives. This context — the context of Ball of Collusion — is something that I haven’t seen that book yet. It starts with the premise that Obama politicized the intelligence agencies of this country, that Barack Obama and the hierarchy of his administration politicized law enforcement for eight years. 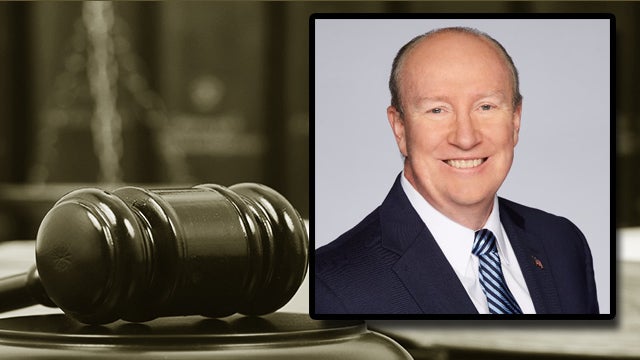 McCarthy demonstrates that none of this could have happened were it not for figures in the Obama administration, high-ranking figures in the Obama administration. This was the politicization of the Department of Justice by a sitting president of the United States. So why should anyone be surprised that they needed to manufacture a political narrative based on cooked-up intelligence and oppressive law enforcement processes? They had to do what they did.

There was no evidence! There was no evidence ever suggesting Trump had ever colluded with Russia, and yet look what happened: 2-1/2 years every day in the shameful New York Times, the incompetent Washington Post, not to mention all the cable networks spreading one lie after another in the form of anonymously sourced leaks “from current and former government intelligence officials,” “former and current law enforcement government officials,” what have you. The media was complicit in this.

The media knew full well what this was all about, and the media became active participants in it rather than unattached agencies doing actual journalism. They needed to manufacture a political narrative based on made-up intelligence, based on oppressive law enforcement processes, and they didn’t think twice about doing it. They never had a single doubt. This was the overall weaponization and the politicization of the Obama administration’s Department of Justice and intelligence agencies for the express purpose of overturning the results of an election that was legal and duly constituted in 2016 — starting from the beginning.

It’s not esoteric, and it’s not published for a select few who have a certain level of legal or law enforcement background. It’s written for everybody to be able to understand it because it is paramount that this not happen again. It’s paramount that the American people learn exactly what happened here, how it happened, why it happened, who was responsible for it in hopes that it never does happen again. Even though it is continuing to this day with these ginned up so-called impeachment hearings that Nadler has admitted are taking place now.

It was a very scary period of time to see exactly what can happen when people who think they are untouchable gain control of the Department of Justice and the intelligence agencies working in cahoots with the media to get rid of a political opponent they were unable to beat at the ballot box. The sheer audacity of even attempting to this and then claiming that it was necessary because the guy tweets too much or he’s too unhinged? “He doesn’t have the right mannerisms for us!” It really was a scary two years. If all of this to you was just, “Eh, it’s politics Rush, this stuff happens.”

No! This had not happened before, and certainly not to the degree this has happened. The undergirding foundations and principles that have maintained our system of justice were just overrun. I can’t emphasize enough the fact that this happened with no evidence. They implanted spies! All of this is detailed. All of this is explained in chronological order with legal underpinnings that will explain to you exactly how outrageous and abhorrent this all is. So if you are still confused by it, still trying to get your arms around it and understand it, Ball of Collusion: The Plot to Rig an Election and Destroy a Presidency is out now by Andy McCarthy.

Ball of Collusion is exactly what the special counsel investigation should have been. And had it been, we would have been spared so much angst and grief that our culture really didn’t need. Our society didn’t need to go through all of this. But there’s no end to it. It’s gonna continue for as long as Trump is president.