RUSH: To the Bronx. This is Maria. I’m glad you waited. Hi.

RUSH: Hello? Testing, one, two, three? Is anybody there?

CALLER: (whispering) Hi. How are you?

RUSH: Are you feeding, breastfeeding or something. What’s going on there?

CALLER: No, no. I wanted to get into a private spot. I’m at work. You know how that goes.

RUSH: I see. You can’t have anybody knowing what you’re doing right now. I got it.

CALLER: Especially talking to you. I’d be shot. Ha!

CALLER: This is not — this is not that appropriate.

CALLER: Yes, you’re right. You’re right. Although if Fredo would have had a gun, as the president said, I don’t know.

CALLER: In any case, Rush, it’s an honor to speak to you.

RUSH: That poor guy is going to be known as Fredo the rest of his life now, and (crosstalk) he could have made sure that didn’t happen if he would have “just walked away.” Oh, gosh! (crosstalk) You just reminded me! Don Lemon. Don Lemon of CNN is in his own little sort of a tight spot here. You’ll hear what I’m talking about in mere moments. But go ahead there, Maria.

CALLER: Rush, first of all, I was in love with you and 99% of me belonged to you. But when I heard the bumper music from Adriano Celentano, Prisencolinensinainciusol, that’s when you got the other percent. Unbelievable. Only you can pull that off.

CALLER: In any case (chuckles), I’m a proud naturalized citizen of the United States of America. I came here from Italy when I was nine years old, in 1968. I was separated from my mom for six months — all of my five brothers and sisters were — because she had to come here first and do it legally, the right way. I have family who live in Italy but adore America, fly the American flag, cry to be here but will not do it illegally and are waiting to do it legally. So I am passionate about this subject. I watch a show for entertainment, Orange is the New Black, and I am so disgusted because every single —

RUSH: How could you watch that show?

CALLER: Just for fun. I have laughs, you know.

CALLER: And I have you in the back of my mind the whole time I watch, especially — as I said — this last season. All they are doing is propaganda for this supposed — as (impression) “Alexandria Ocasio-Cortez” —

RUSH: (laughing) I love it when the audience imitates me.

CALLER: It’s a bunch of BS. Last night, when I watched one of the episodes, it was just over the top. They literally had, I would say, a 5-year-old child (laughing) and perhaps a three-year-old child, standing in front of the judge defending themselves as to why they should not be deported. I mean, it was hysterical.

RUSH: Hey, look, you ought to go to the public library. The likelihood is you’ll find some transgender, some transvestite, teaching 3- and 4-year-olds how to “twerk.”

CALLER: (laughing) Yeah, I saw that.

RUSH: We had the story yesterday. Public libraries have hired transvestites and transgenders to come in and extol the virtues of it to 4- and 5-year-olds.

RUSH: I don’t watch Orange is the New Black. I’m aware of what it is, which is why I don’t watch it. You’ve got to draw the line somewhere. You can’t watch TV today without being exposed to some perversion, some sickness, some absolute filth and trash. You just have to be discerning in the kind of perversion, filth and trash you’re willing to tolerate for the sake of entertainment. And I’ve never crossed the line to Orange is the New Black. Just haven’t done it.

But I understand what you’re saying. Of course, in these shows it’s all about getting Trump, too, and it’s all about, “ICE is bad.” And the rhetoric on these shows is never ever held accountable. In fact, when somebody wants to say that lyrics in rap music or other kinds of music or some of the violence in these TV shows, “It’s silly! It’s silly to think, Mr. Limbaugh, that could have any effect.” Yet, the New York Times have run a story five years researching my transcripts to show how I’m responsible for this whacko in El Paso unloading on people there.

I mean, these people are so damned hypocritical and intellectually vacant that I just… I can only accept so much of it, but… (ringing) I know my phone’s ringing. Let me get rid of it. See, this should not happen. I’m running the beta of iOS 13. There’s a new feature: “Silence Unknown Calls.” Meaning, if you’ve got a call from a phone number that’s not in your contact book, your address book, or that you have never gotten a call from, it takes it straight to voicemail.

That should not have happened. (interruption) No, a new beta didn’t drop today, and I’m so ticked off about it. But I can’t share that. If people knew the kind of things that depressed me and made me mad… I can’t share that stuff. I can’t be real with people because they wouldn’t understand it. So no, there was no new beta today. But what just happened shouldn’t have happened.

In the commercial break, I’ve got to find out what went wrong here. It’s a local number. I don’t know this number. It rang on two phones. It should not have rung at all. “Silence Unknown Calls.” It works. It’s been working like a charm. I’ve got to find out why this… (interruption) No. (interruption) Yeah, the new phones are going to come out of China next month. I’m not going to be impacted by any tariffs or anything like that. The desktop, the Mac Pro is going to be impacted by tariff.

(interruption) No, no, your phone’s not running beta, then it wouldn’t have started acting weird because of beta. What do you mean it started acting weird. What’s it doing? No, dropping calls and dropping audio is probably a cellular carrier problem, coverage problem. No. There’s nothing in the betas that’s doing that.

Anyway, before we finish discussing our caller here from the Bronx, did you hear what she said that turned her from a 99% to 100% totally devoted listener? The bumper song, Prisencolinensinainciusol. It’s Italian. It’s from 1973, and she’s from Italy. It was a big, big hit in 1973. When it makes the bumper rotation here, it was like going home while never leaving home. And that bumper music, that took her from 99% to 100%.

So let me take a brief timeout here folks because I’ve got to do the Jay-Z stuff. I didn’t intend to talk about this iPhone beta stuff. I know you people don’t like hearing about that, but I was asked about it because they’re all shouting at me. My phone’s ringing, I could see that it was ringing. I could even hear that it was ringing because of the new compression in here. Now I’ve got to find out why. 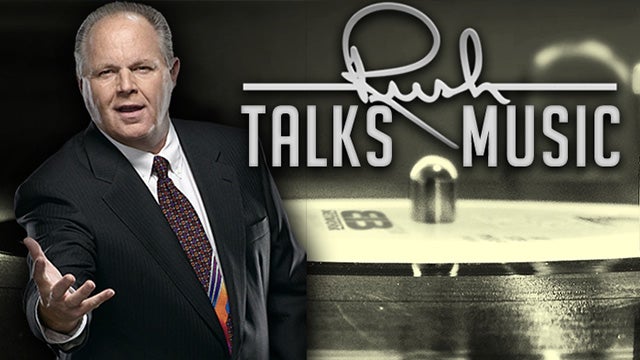 Adriano Celentano, this song he recorded, he’s mocking the English language. This song is what English sounds like to him. And he ad-libbed it. It’s amazing. We don’t have the lyric version here. That’s the edited bumper rotation version. But it’s senseless. It literally is, when you hear it you think it’s a foreign language. It’s no language whatsoever. And the title, Prisencolinensinainciusol, it’s nothing. And it’s his attempt to tell everybody what English sounded like to him growing up.

The reason my phones rang is I have call forwarding, well handoff. The call came into a phone not running the beta. So everything was fine. And when one phone rings, they all do, the way I have it set up. So that’s that.