Cuccinelli Triggers the Left by Updating the Lazarus Poem

RUSH: Ken Cuccinelli… You’ve got to hear this, folks, if you haven’t. Ken Cuccinelli is on NPR’s Morning Edition yesterday. Rachel Martin was the co-host. Cuccinelli is the acting director of U.S. Citizenship and Immigration Services. They’re talking here about the public charge rule. We talked about it extensively the past couple of days. This is the reform… Actually, it’s not a reform. It’s a reinstitution of the way the law always was. 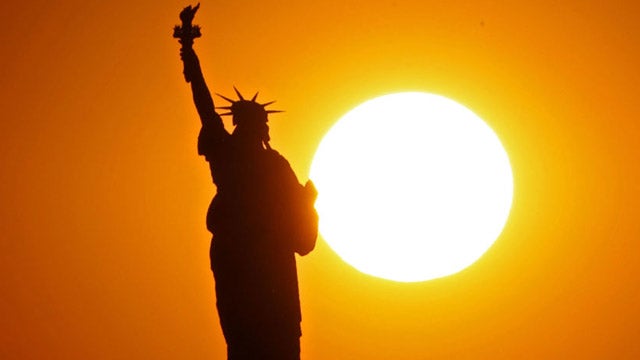 You cannot come here without a certain ability, a certain education. You cannot come here. You’re not going to get on the public dole. Well, the left is outraged by this. “This a direct assault on people,” they claim. “It’s no compassion. It’s mean-spirited, extremist and hard-hearted,” and all of that rot. So Cuccinelli is on NPR yesterday, and remember this question of the Statue of Liberty and an Emma Lazarus poem on there? The left actually thinks that the Statue of Liberty and that inscription is immigration policy! 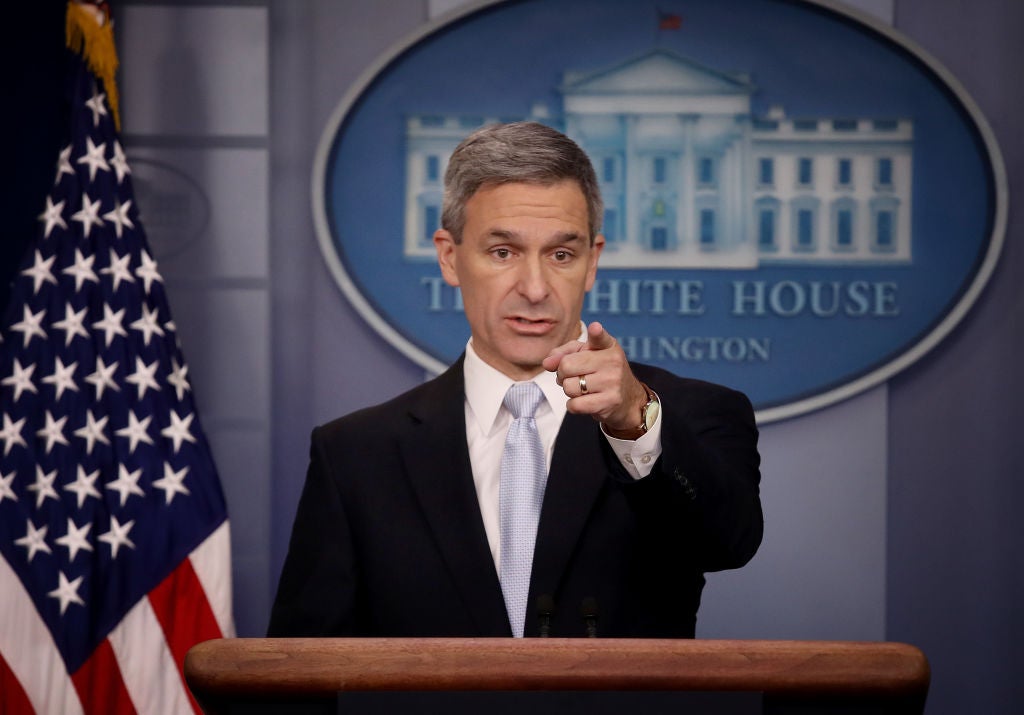 MARTIN: Would you also agree that Emma Lazarus’s words etched on the Statue of Liberty, “Give me your tired, your poor” are also part of the American ethos?”

CUCCINELLI: They certainly are. “Give me your tired, and your poor” who can stand on their own two feet and who will not become a public charge.

RUSH: Now, that…? Can you imagine how that went over? Man, the left was outraged over this by Cuccinelli. Cuccinelli is a no-holds-barred legitimate, down-the-line conservative. He’s also fearless, and he will not be intimidated by these people into apologizing or shutting up or anything of the sort. But the Statue of Liberty and the Emma Lazarus poem is a great illustration of how immigration policy and the United States/Statue of Liberty has become bastardized. ‘Give us your tired, your poor” and so forth literally has nothing to do with the purpose of the United States.

In fact, it’s never been “on the statue.” It is inside the pedestal. It was only put there when they put a museum in there. It was not part of the original Statue of Liberty. It was not part of the design. The statue was a gift to the United States from the people of France as a beacon of freedom and liberty. It’s a testament to our founding and our founding fathers, and this Emma Lazarus poem had nothing to do with it. It had nothing whatsoever to do with it!

The poem was put in the pedestal museum because it was used as part of the fundraising for the pedestal. It’s been co-opted by immigration activists and leftists to actually now represent U.S. immigration policy, which it isn’t. We live every day here, folks, in an ongoing disinformation and misinformation campaign that is actively being pursued by the media, the Democrats, the American left. A lot of it is propelled by sheer ignorance. The more I experience this and the more I think about it, the more convinced I am that we’re not dealing with people who really haven’t been educated.

Like Fredo. It’s startling what he thinks he knows that he doesn’t know, to have that view of communism. He’s not alone. He’s not alone. I’m sure that Fredo was taught that that’s what communism was. That’s why there’s no opposition to it on the left. It’s the same thing now with the Statue of Liberty: “Give us your tired, give us your poor…” There’s no historical truth or perspective. Everything is just co-opted and then perverted to be used by the left to advance their agenda.

RUSH: Now, speaking of Cuccinelli and his statement about the Statue of Liberty: Give us your tired and your poor and your hungry and thirsty who can stand on their own two feet and will not become a public charge. I ran across a story by Neil Munro at Breitbart last night, and here’s the headline, “Americans Apply for Jobs at Koch Foods After ICE Raid.”

This is not the evil Koch brothers. This is a different Koch company, spelled the same way, K-o-c-h. “Roughly 150 locals attended an August 12 job fair to apply for jobs at the Koch Foods’ plants in Mississippi. The fair was run after the August 7 removal of 243 alleged illegal migrants in two of the company’s chicken processing plants.”

Were the chickens in cages, I wonder?

So the 243 illegals were fired, were removed. So those jobs had to be filled and so job openings were posted. And the headline, “Americans Apply for Jobs at Koch Foods After ICE Raid.” Now, wait a minute. Remember way, way back, all the way back to the George W. Bush Administration when they were pushing for comprehensive immigration reform, what was the primary selling point they tried on us?

“Well, Rush, these are jobs that Americans won’t do anymore. These are jobs that the American people will just see as beneath them. We need low-skilled and low-educated people to fill these jobs because Americans just won’t do them.” And, you know, it sounded good at first. It was actually kind of a brilliant scheme because a lot of people would like to believe that that’s true, that the American worker has been elevated to such a degree, that there are menial jobs that are no longer within the realm of Americans. That’s a pretty cool thing when you stop to think about it.

The thing is it was never true. It was a pack of BS precisely to sell. That’s how the Republican side of comprehensive illegal immigration was sold. That’s how the Chamber of Commerce sold it to everybody.

“The local Jackson Clarion-Ledger newspaper reported 25 to 30 people went to the job fair in Forest, Mississippi. The report said: Kamerio Whitley, a resident of the nearby town of Morton, spoke to reporters after he left the building. He said there were several positions available at the plant, including forklift operators. Whitley said he applied for a job working at the plant’s rehang table, where workers hang frozen chickens. The job starts at $12 an hour, which is decent pay for the area, Whitley said. ‘That’s not bad to start, and it can always go up,’ he said.”

Whoa, whoa, whoa, we were told Americans don’t do these jobs. So ICE moves in there, finds 243 illegals. Gets them out of there. There are somehow only 150 jobs now open. Well, maybe more, it’s 150 locals signed up for the jobs. Here’s another thing. Here’s the thing. You talk about the contradiction. On the left we are constantly told we need immigrants, we need illegal immigrants. Our economy needs them. Our country is built on low-wage immigration; our country is built on immigration.

And Crazy Bernie is saying, not only that, I’m going to raise middle class taxes to pay for it. You can’t have it both ways. You can’t say the economy needs all of these immigrants, and it’s not any longer just to do jobs Americans won’t do. They just, in selling immigration, these people are needed here. We have jobs that have to be done. We have work that needs to be done. These are the people who will do it. And yet the same people promoting that cannot wait to sign all these people up on welfare.

So, is there a little bit of a contradiction there? Yes, of course. It’s a major contradiction. And it’s, I think, a great way to expose the fraud that’s behind all of this.